Today is the 29th of February, and with that the end of the hunting season for dolphins in Taiji, Japan has officially ended.

But what does this entail ??

Every year from September to February the hunting season is open to capture and kill different species of dolphins, meanwhile the whale-hunting season ends in March.

The government allows a total of 2000 cetaceans to be slaughter during this six month period.
Not only has this practice being criticized around the globe after the famous release of The Cove documentary in 2009. There is an industry that allows to make ends meet by the local fisherman.

The hunt consists in louring the dolphins into the Bay and trap them with nets in order to be captured or killed. When captured the dolphins will be sold to dolphinariums around the world. 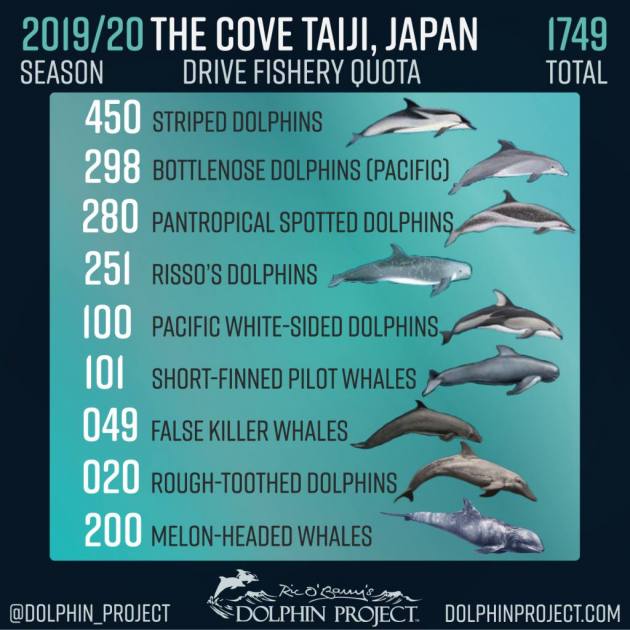 The dolphins that will be killed, will be sold for meat to the Japanese population. Dolphin and whale meat is not only a health risk to consume due to the high levels of mercury, cadmium and other heavy metals but also not advised to be consumed by children and pregnant women.

One way to fight these cruel practices is to understand that dolphinariums are not places where one should observe animals, since for them to be displayed they were captured, sold and transported from different hunting areas of the world. Animals that are used for those shows are not displaying their normal behaviours; Yes dolphins are playful creatures yet not as portrayed by dolphinariums.

Sometimes we don’t really mean harm on the contrary we would like our loved ones to experience the ocean and its marine fauna, yet this may not be the best way to do so.

A number of dolphin welfare advocacy groups such as Earth Island Institute, Surfers for Cetaceans and Dolphin Project Inc., have been created in order to fight this yearly hunt.

I believe that everyone can make a difference in the world and that we are slowly moving mountains, demanding more sustainable options and that the conservation of certain species to be taken into account, hopefully one day we can write a post about a ban on this practices.