Cetacean diversity in the Azores: why so many species? 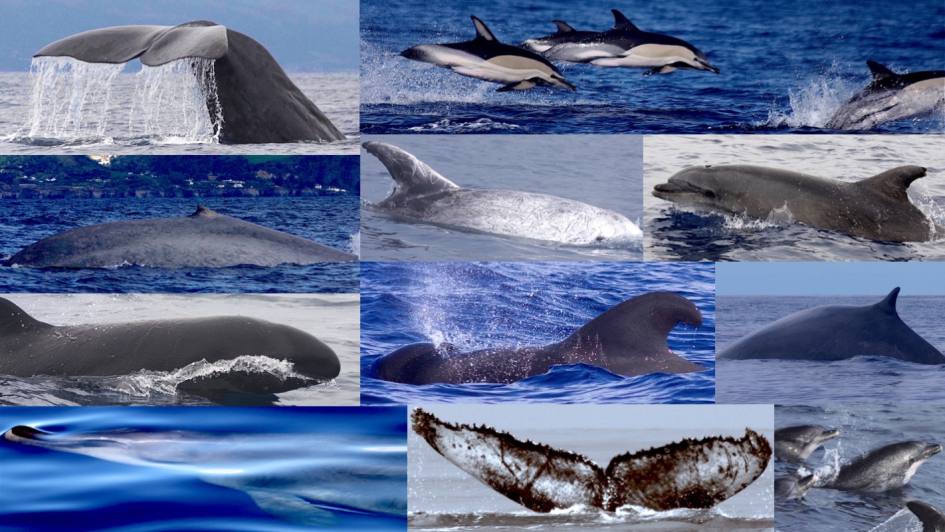 There are various places in the world that are famous for spotting whales and dolphins, most of them though, are really good locations for one or two species. An example is Kaikoura in New Zealand, possibly the most famous place to observe sperm whales. The reason is the presence of a canyon that creates the right foraging habitat for these deep divers. Off British Columbia, most of whale watchers expect to see the resident population of orcas. The same species is targeted for a diving experience off Norway during the winter months, when these large dolphins gather to feed on herrings. Baja California is a renowned place for spotting mother and calf grey whales which, in some cases, approach the boats full of eager tourists willing to touch them.

The Azores are one of the most recent locations proved to be a whale watching spot for wildlife lovers. Here sperm whales were, in the past, targeted by whalers, and remain nowadays one of the preferred species to be spotted during a tour. Nevertheless, they are not the only species that can be frequently seen in these waters. The Azores in fact host a great variety of cetaceans, with the last record listing 28 different species.

Located in warm temperate waters ranging from 15ºC to 27ºC, the Azores should be an area of low production, contrary to the cold arctic and subarctic waters where the chlorophyll concentration is greater. So, why so many different species choose to inhabit or pass by these waters?

First, we need to consider that the Azores are oceanic islands which means they are characterized by reduced island-shelves and steep slopes. Steep slopes are important for the upwelling phenomenon, where a water masses exchange along the slope allows sedimented nutrients to be brought back to the surface. Thus, these nutrients can be re-used supporting the whole food chain. Other bathymetric features such as seamounts (underwater mountains) participate in the formation of circulation patterns that prevent nutrients to be dispersed. 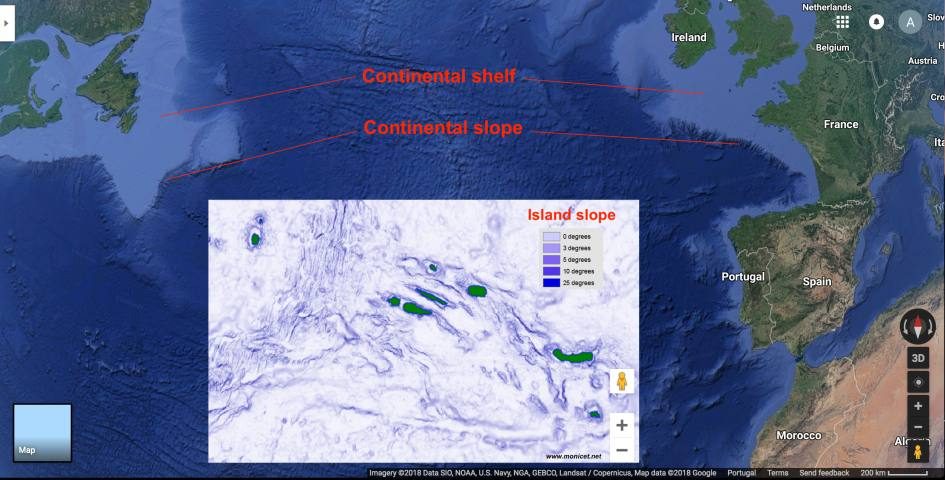 Extension of the continental and island platforms and inclination of their slopes (source: large map Google Map, Azores map monicet.net)

Oceanic fronts are boundaries between water masses having different temperature, salinity or density. These features once again, allow particles to be entrapped, leading to the formation of spots of higher productivity. In this way, either year-round or seasonally, different species of whales and dolphins can take advantage of a fertile spot located in the middle of a otherwise oligotrophic habitat (nutrients-poor environment) 🙂