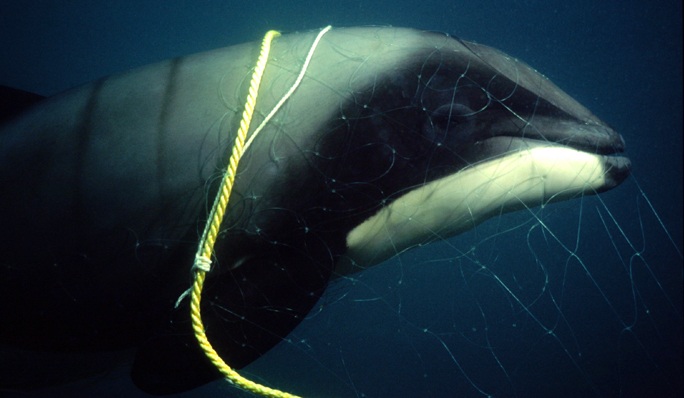 The entanglement in fishing gear has been recognized to be one of the most important sources of mortality among cetacean species worldwide. Weather the issue is by-catch during fishing operations or accidental entanglement in passive fishing gear, the attempts to mitigate this threat can be extremely complicated. Time is running low for several species of cetaceans that are on the brink of extinction.

For some, unfortunately, there is simply no chance.

For instance, the Baiji (Lipotes vexillifer), also known as Chinese River Dolphin, once thrived in the waters of Yangze River. Habitat deterioration and the widespread use of  “rolling hook” fishing lines wiped out the only existing population. One study established that more than the 45% of the individuals found dead had snagged in rolling hooks and concluded the survey without finding any living specimen, declaring the species “functionally extinct” (Turvey et al. 2007).

Another dramatic case it represented by the Vaquita (Phocena sinus). The only existent population of this porpoise species inhabits the Northern Cortez Sea and it is estimated to be down to less than 30 individuals. During the last twenty years, hundreds of Vaquitas died trapped in illegal gillnets set to catch the critically endangered Totoaba fish (Totoaba swim bladder is considered a delicacy in some Asian regions and fuels a flourishing business). 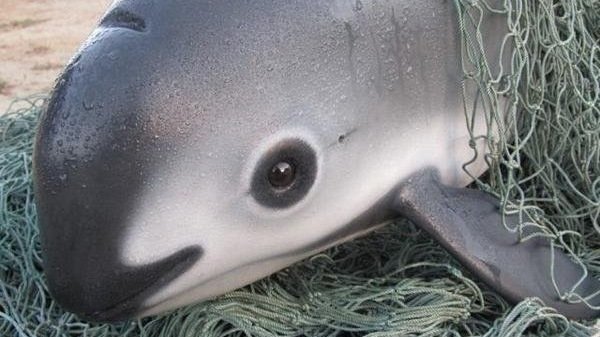 For larger cetacean species, such as baleen whales, the entanglement in fishing gear does not have minor consequences. 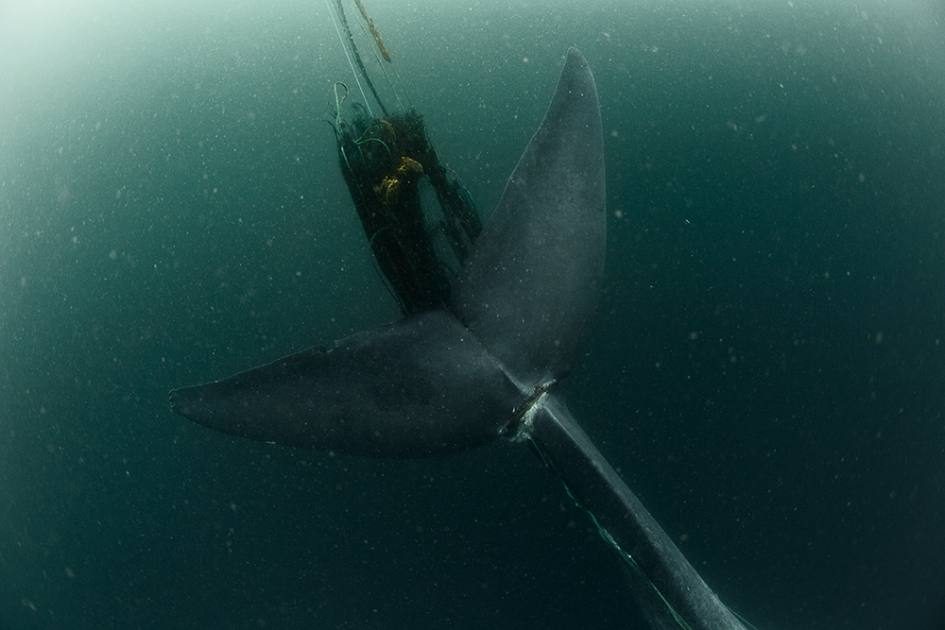 A Blue Whale (Balaenoptera musculus) has its tail caught in fishing gear. The wound on the peduncle is deepening for the drag. This process can lead to the complete loss of the flukes and most likely to the whale’s death (Source: National Geographic).

A study conducted on North Atlantic Right Whale (Eubalaena glacialis) found that 83% of all the living whales of this species have been entangled in fishing gear, in particular in those used for crab and lobster trapping (Knowlton et al. 2012). Such events often led to the whales’ death as consequence of the wounds and the huge drag that impairs movements and feeding activity. North Atlantic Right Whale population is down to less than 500 individuals. The slow population recovery halted in the last decade and a decline phase has begun as consequence of premature deaths and extremely low birthing rate. This critical situation boosted a series of interventions that ranged from the training and deployment of entanglement response teams to the development of modified fishing gears. 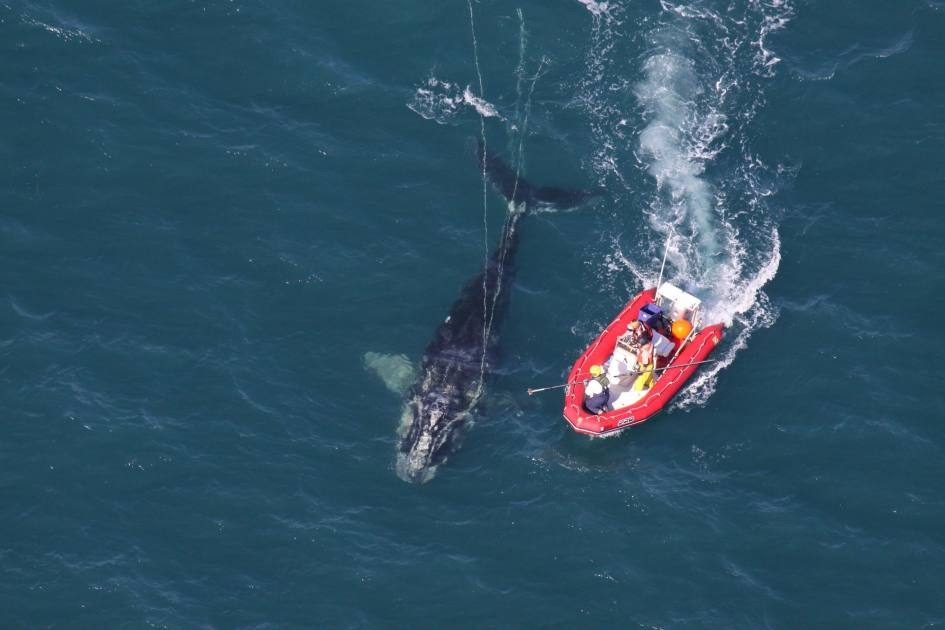 An entanglement response team in action to free a North Atlantic Right Whale (Eubalaena glacialis) from fishing gear attached to its mouth (Source: NOAA). Only 10% of the entangled large whales are estimated to be detected and disentanglement operations are complex and hazardous.

Prevention is the only viable option to minimize the entanglement threat for whales. The problem is complex and mitigating strategies vary depending on species and region. Here some examples of strategies that have already been successful or have the potential to be effective: 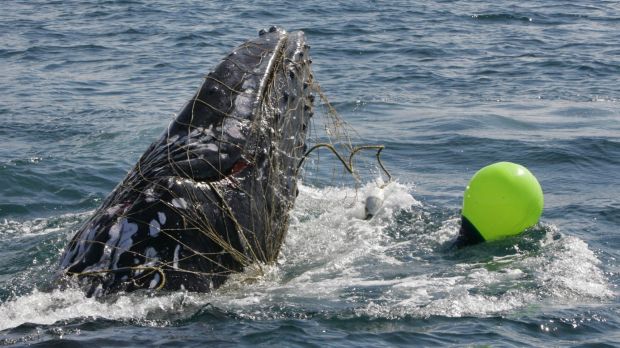