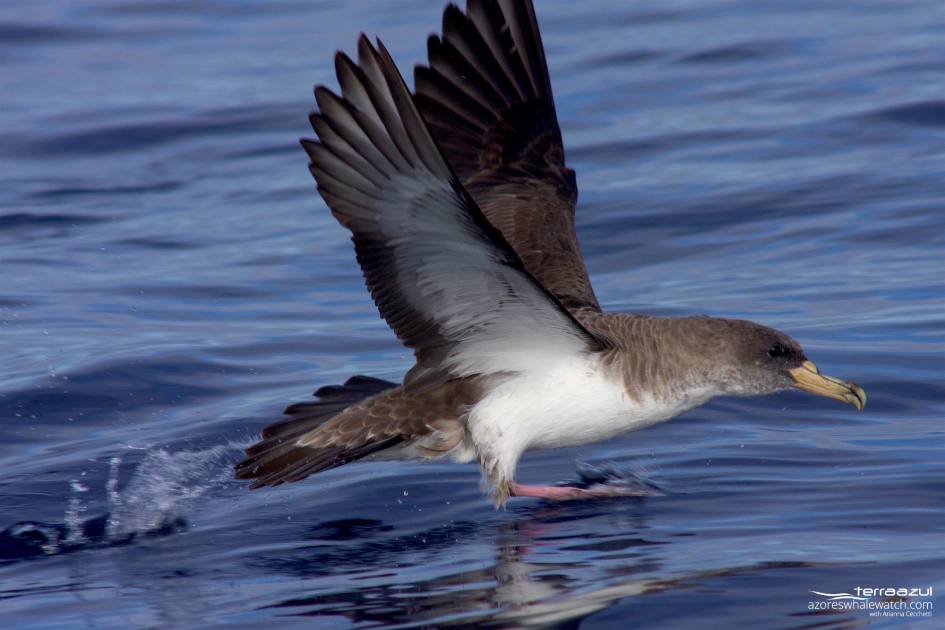 Cory’s shearwaters are one of the most representative seabirds in the Azores. They reach adulthood at the age of 7 and for the next 30 years they travel every year to the Azores to breed. Here, they spend eight months, staying in offshore waters the rest of the time.

They arrive in the Azores between late winter and early spring when they nest and lay only one egg. The eggs hatch in summer and chicks are raised by both parents, which spend their days out on the ocean feeding on small pelagic fishes, often in association with dolphins and tuna. At the age of 3 months the grown up chicks leave the nest and make their first ever trip, a journey of hundreds of kilometers across the Atlantic Ocean towards Brazil, Uruguay and South Africa. 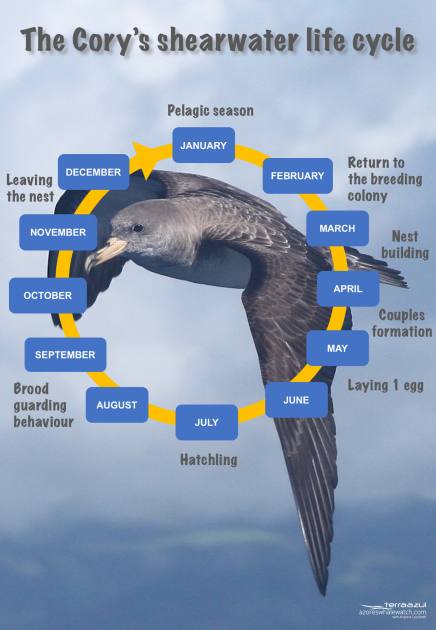 Cory’s shearwaters belong to the family called Procellariidae, from the Latin “procella” meaning storm, while their scientific name Calonectris comes from the ancient Greek “kalos” meaning good and “nectris” swimmer. They are tough birds adapted to the ocean and able to survive the harsh conditions of winter storms. Excellent fliers, they use their long wings to glide on the surface without touching it. They can even dive down to 16m to catch their prey by using their wings to swim and, like other seabirds species, can drink the salty water by expelling the salt from a gland located in their nostrils. Moreover, their tubular nostrils have been suggested linked to enhance their sense of smell in order to find prey patches. When they rest at sea they form groups called rafts. This occurs mostly at sunset when they gather in large numbers just before returning to their nests. 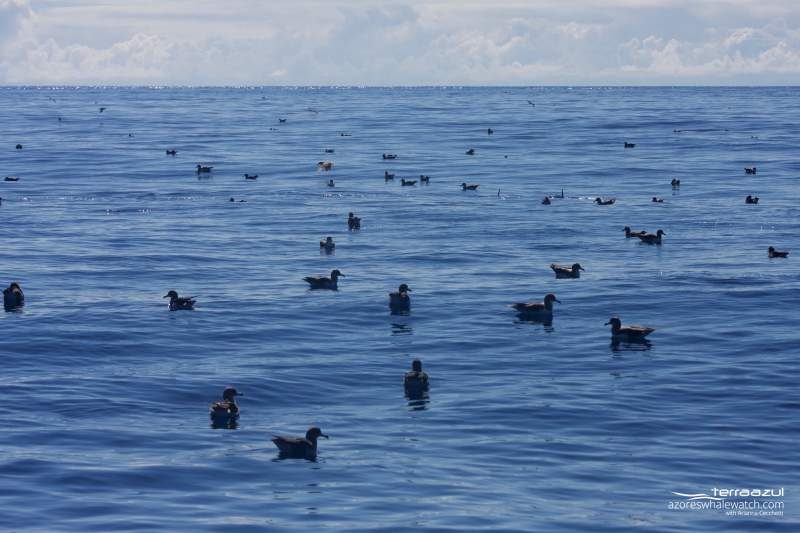 Raft of Cory’s shearwaters resting at the surface (Calonectris borealis)

These birds are the most frequent seabird to be seen during a daily boat trip, but even at night they don’t pass unnoticed. When they return to their colonies, in fact, they start calling each other’s with their peculiar calls. Their interesting sounds can be heard from March to October (here can be heard few samples).

In the past fishermen passing by the shearwaters’ colonies thought they were haunted places. Their wailing calls were frightening people, who believed they were ghosts.

Why is it so important to participate in the conservation of the Azorean Cory’s Shearwater?

Exist various factors that threaten the conservation of this species: