Surprises from the depths! 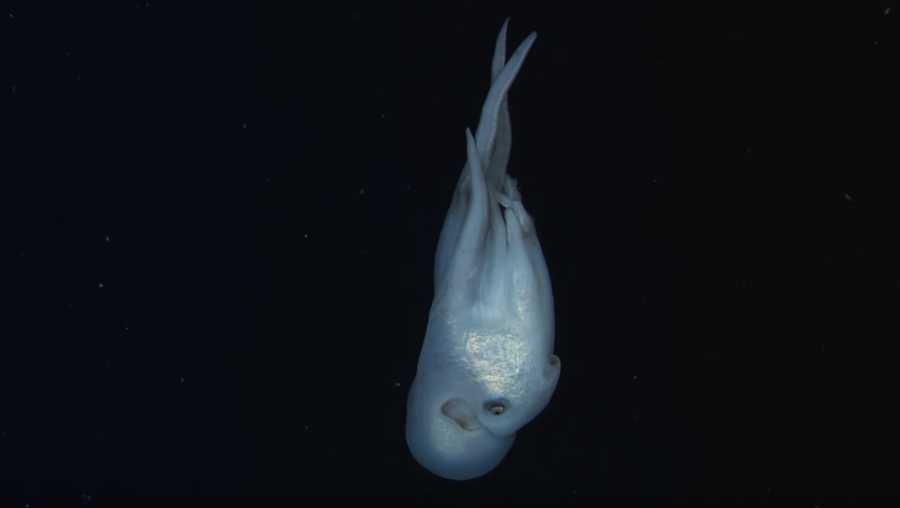 A rare photograph of Seven-arm Octopus (Halipron atlanticus) swimming in its environment at a depth of about 400 meters. Source: Sustainable Seas Expeditons, Honululu, Hawaii.

For those who has been out on the waters of São Miguel with us in the last weeks, it is likely that you encountered Sperm Whales, Pilot Whales and…GIANT OCTOPUS!!! 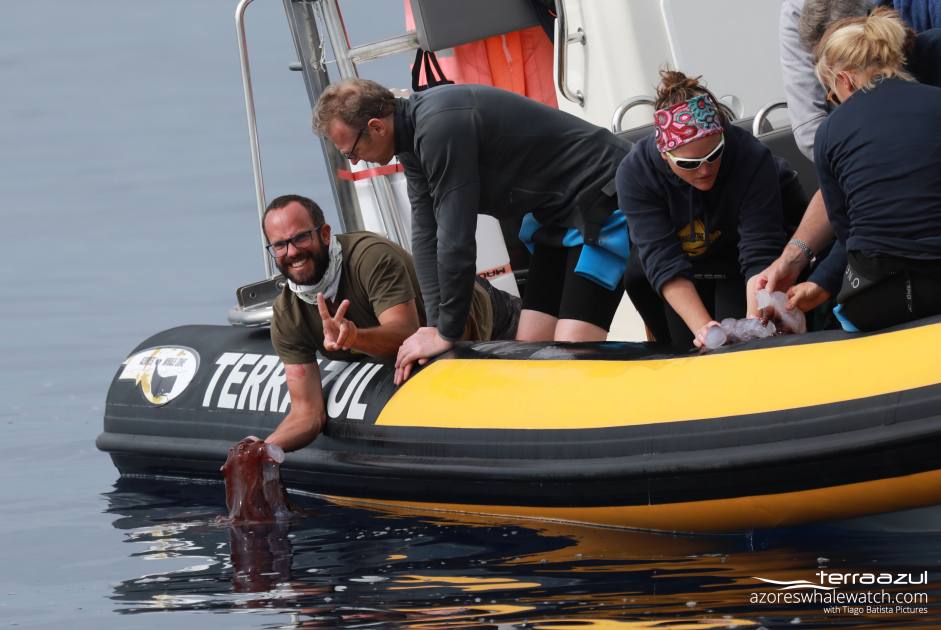 Our skipper Nuno attempt to retrieve what seem the remains of a deep water giant octopus while our guide Marylou shows a fragment of the specimen to the guests on board.

Yes, you read (and see!!!) well, in five occasions we found specimens of gelatinous Cephalopods (the animal Class that includes octopuses and squids) in areas where Sperm Whales and Pilot Whales were deep diving, presumably to hunt for food. While in some cases we could only retrieve parts of the specimens, in two instances they were almost intact! It is the case of the large individual that we managed to get on board and land at the marina of Vila Franca do Campo (see pictures below). The head was partially missing but we could observe the eye and one siphon. It is likely that whales have attacked the octopus but managed only to consume a small part of the huge animal. 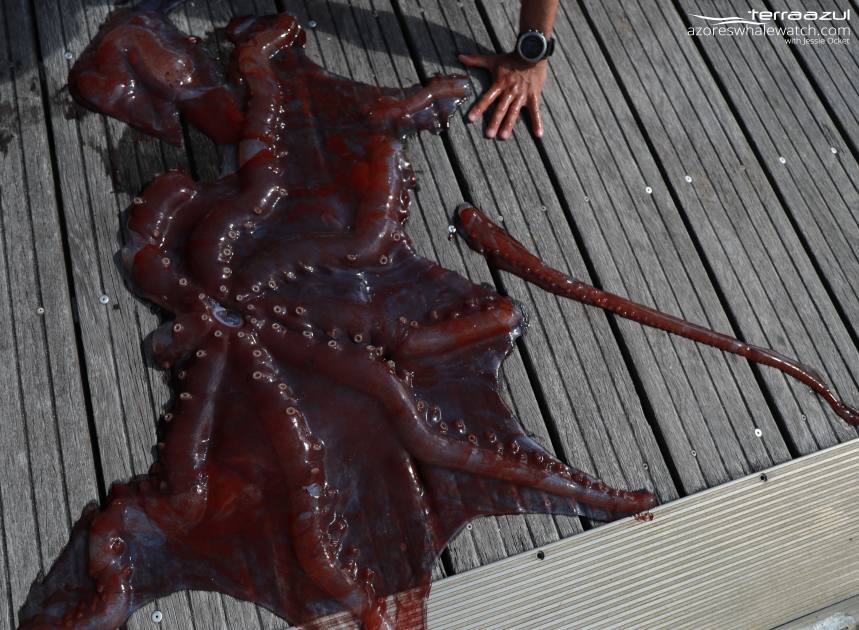 The eight tentacles of this deep water octopus are clearly visible, as well as the suckers and the large membrane connecting the arms. 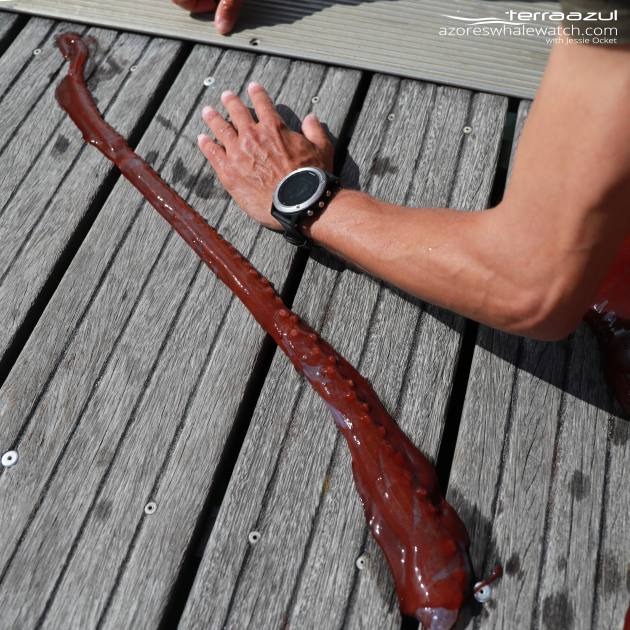 Particular of the terminal section of one tentacle. Suckers are in a single raw but become closer and almost paired towards the tip of the arm. 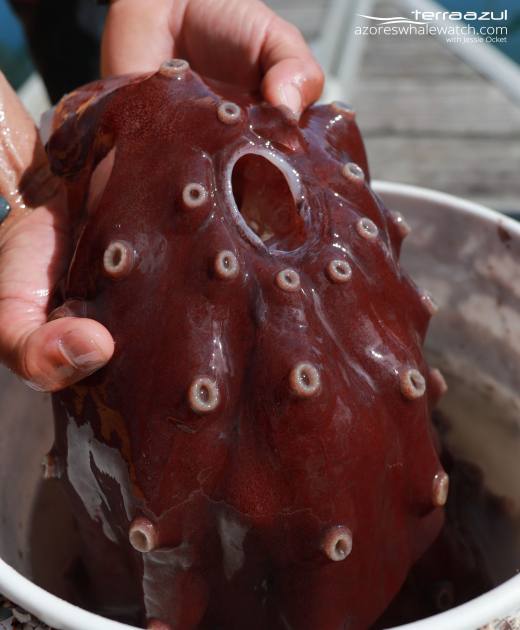 Particular of the mouth. The beak was totally missing as well as most of the head.

You might wonder if we have any idea of the species we are dealing with…well, it is hard to confirm but several clues point at the Seven-arm Octopus (Halipron atlanticus) as the most likely candidate. This species is the second largest octopus in the world and the female can grow up to 3 meters in length for about 75 kilograms of weight! Males are more or less half of the female in size and give to the species its confounding common name: one tentacle is modified in an organ used to fertilize the female’s eggs and it is coiled in a sac, giving the impression that the octopus has “only” seven arms (see picture below).

The drawing of a male Seven-arm Octopus (Halipron atlanticus) by A. E. Verril that first described this species in 1882.

You can watch a female of this beautiful animal swimming in its environment in this video gathered at 400 meters of depth off the Hawaiian coasts.

Stay with us for the next Ocean surprise! 😀