What’s on the menu for Azorean Sperm Whales? 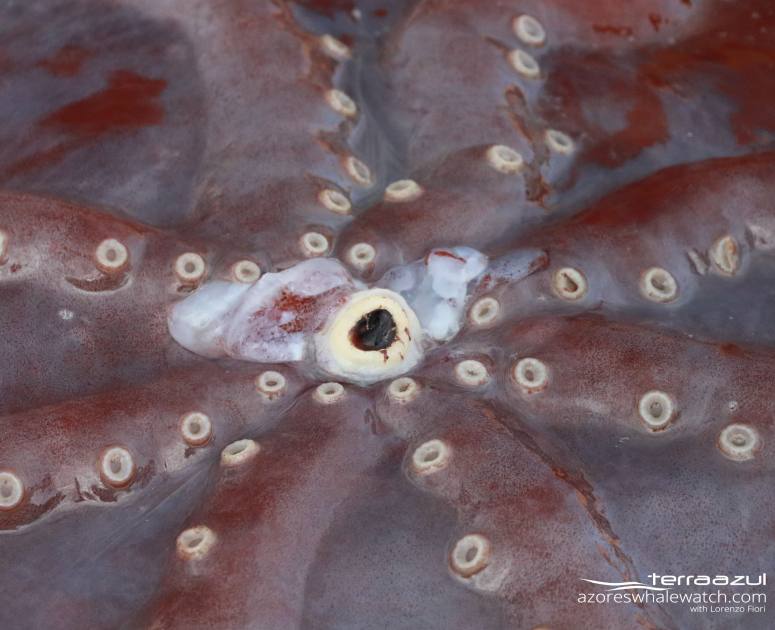 Ola’ a tudos and welcome to our new “Dining with a Cetacean” series!

Today we serve our late most appreciated dish, something that all the cephalopods nerds out there cannot miss out! 😀 😀 😀

I am sure that looking at the picture you already know what I am talking about but if you need an update, just check here our post about the surprises that are emerging from the depths in the last month.

So, it happened again. Not once, not twice, but a third time! We now have recovered four almost entire specimens of deep water octopus that could be identifiable as Seven-arm Octopus (Halipron atlanticus) females. The reason why I wrote ‘almost’ is because all the specimens somehow ‘lost’ their head before to reach (dead!) the surface! It seems that something down in the darkness where these octopuses live has a surgical cutting precision and a macabre taste, almost reminding the headless knight of ‘The Legend of Sleepy Hollow”. 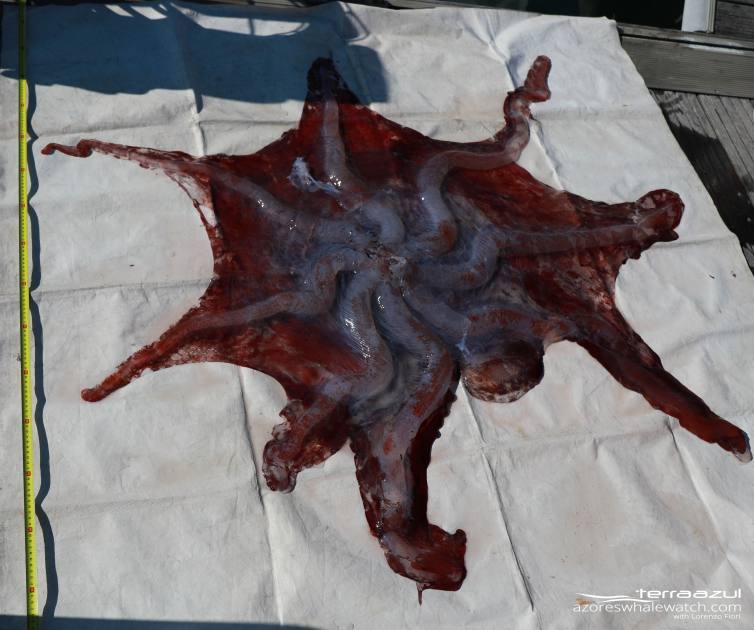 Dorsal view of one of the octopuses recovered by Terra Azul crew. The central light-grey area is where the head was attached to the tentacles. 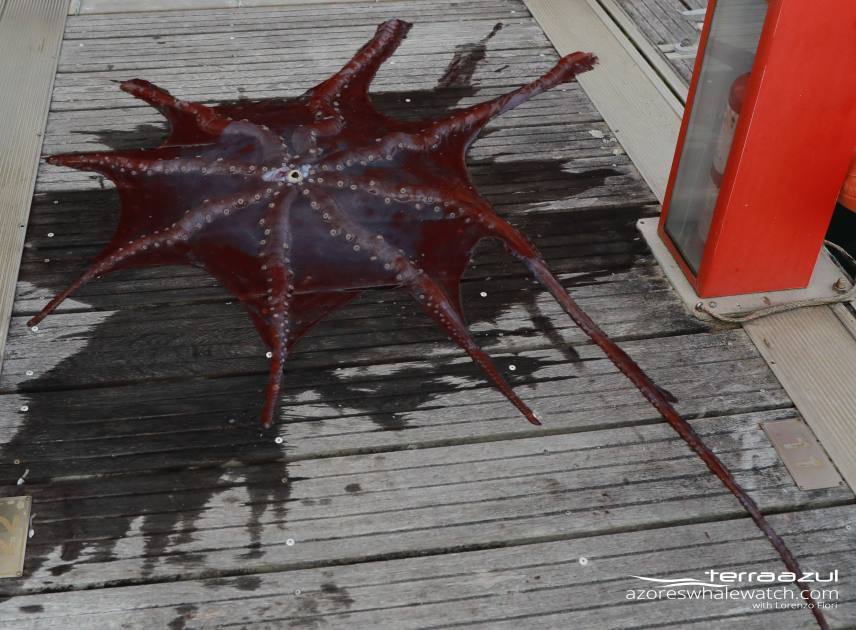 Ventral view of another specimen recovered by Terra Azul crew. Some tentacles exceeded the 2 meters in length. Seven-arm Octopus male has one tentacle coiled in a sac and used for reproduction. Therefore, the male seems to have ‘only’ seven arms and this give the name to the species. In contrast, females do not present this characteristic and are much larger, reaching 3 meters in length.

The octopuses were always recovered in areas where Sperm Whales (Physeter macrocephalus) were diving to feed, suggesting that these whales could be behind the lack of the head. Why the whales do not consume the whole animal still remains a mystery. Maybe Azorean Sperm Whales have quite particular meal preferences! 😀 😀 😀

Interestingly, ‘picky eating’ behavior has been observed in other cetacean species, such as Killer Whales (Orcinus orca). That is, it seems that some ecotypes of Orcas have a special taste for whale tongues and lower jaws. Moreover, several Great White Sharks (Carcharodon carcharias) washed ashore on South African coasts lacking only internal organs such as liver and heart. Bites were compatible with a Killer Whale attack and no other parts of the sharks were consumed.

Particular of the mouth of one specimen. The exceptional retrieval of the beak could be useful to identify the species and find matches with the stomach content of stranded whales. Also the radula, a tongue-like structure typical of mollusks, was still in place.

I bet you are now wondering if we made a massive octopus salad after taking these pictures 😀 😀 😀 Well, this species of octopus is not exactly as their coastal counterpart in terms of edibility and we, as well as cetaceans, are ‘picky eaters’ too. However, I can tell you that the creatures inhabiting the waters of our marina really appreciated this diet variation!