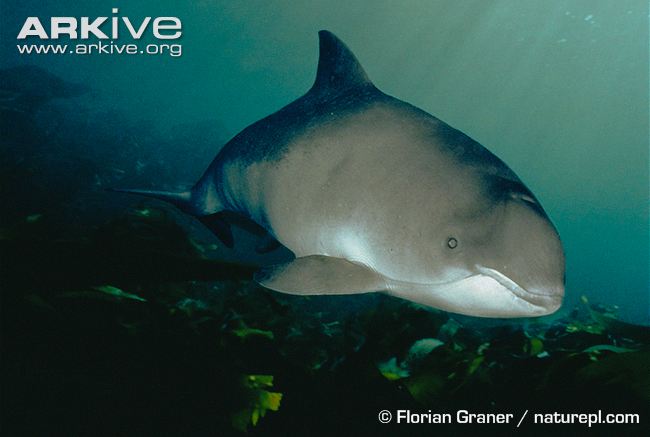 The Harbour Porpoise is a cetacean similar to a dolphin but smaller, reaching 1.50 meters in length and without the prominent snout. They can be found in temperate coastal waters in the North Hemisphere. This specie can be seen in bays, harbors, rivers and estuaries. 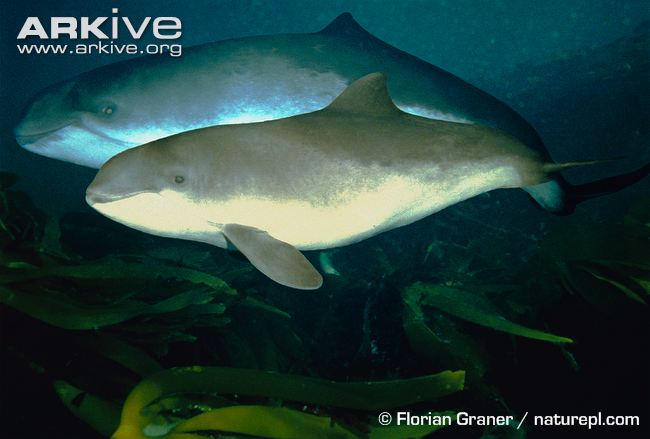 Harbour Porpoise feeds on little fishes like herring and they can dive more than 200 meters deep and lasts for under 5 minutes. When near the surface, they come up every 25 seconds to breathe with a blow that is similar to a sneeze and when resting they can have long periods of inactivity. 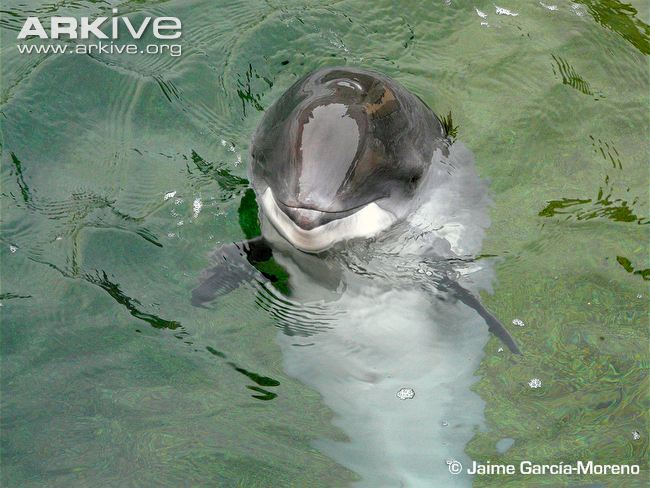 Head of a Harbour Porpoise

The group size is between 2-5 individuals but normally they are more solitary. This species is also very shy and don’t approach the vessels or bow-ride with them. This specie is threatened by human activities like pollution and fishing. We don’t know if this specie is common here in the Azores or if there is a population but a specimen of a female Harbor Porpoise was found stranded on the 4th January 2004, on the rocks of the Terceira Island.