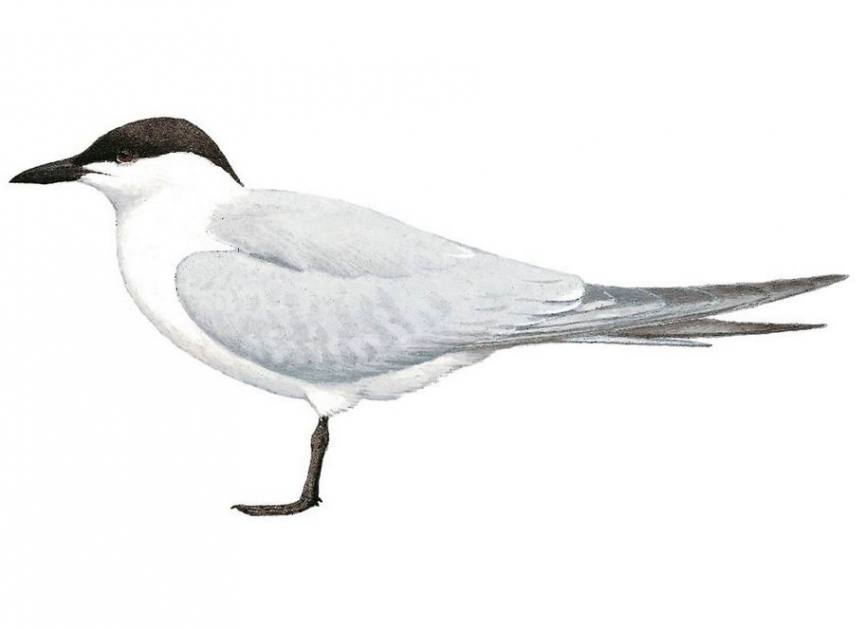 The Gull-billed Tern Gelochelidon nilotica is a worldwide species. The latin name is from ancient Greek gelao = to laugh, and khelidon = swallow. The nilotica part is from Latin and means “of the Nile”. This species is very similar to the Sandwich Tern (Sterna sandvicensis) species and is often mistaken with it. 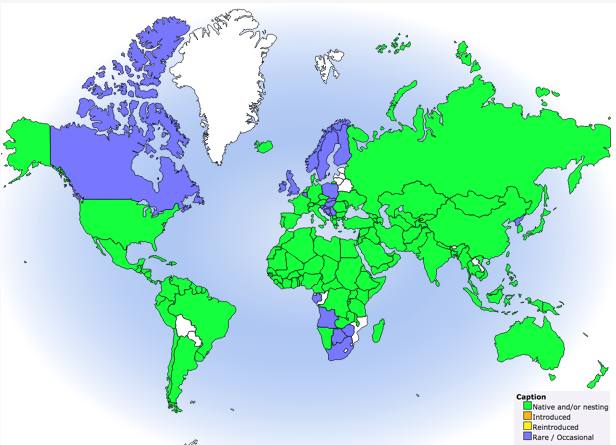 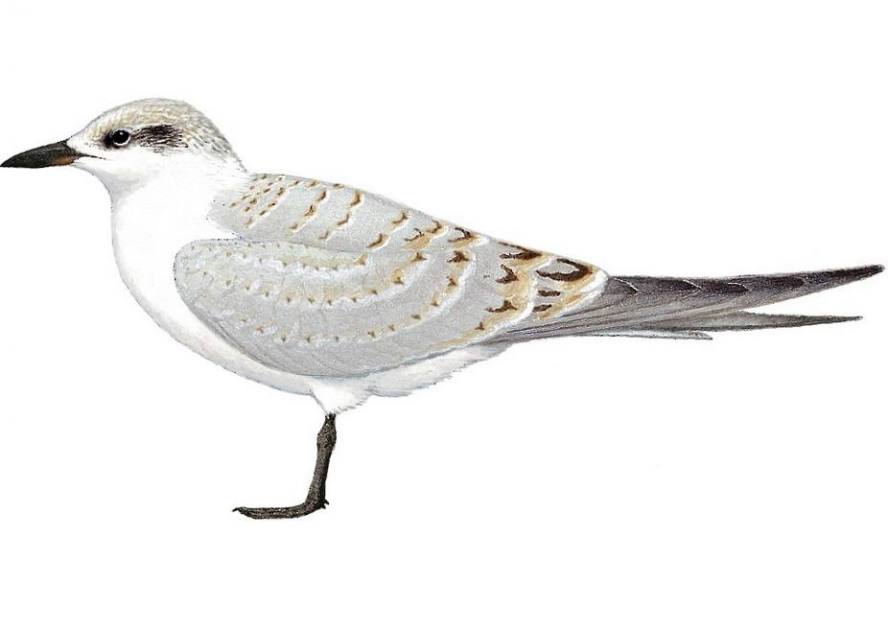 Gull-billed Terns are opportunistic feeders on many kinds of terrestrial and aquatic animals. They are more insectivorous than other tern species and can feed on grasshoppers, dragonflies, moths, grubs, spiders and earthworms). Occasionally, they also feed on amphibians, fish, small mammals, and occasionally chicks of other birds. Agile in flight they often capture flying insects over estuaries, mudflats, coastal lagoons and agricultural fields and pastures. Gull-billed Terns rarely plunge-dives for fish like others tern species do.

Gull-billed Terns are essentially monogamous with long-term pair bonds. The nest areas range from sandy areas on barrier beaches to shell banks in coastal lagoons to saltmarsh islands. One egg per day is laid and that usual duration for full clutch is 6 day. The incubation of 2-3 eggs (creamy brown with some black patches) lasts at around 22-23 days. The juveniles will reach the fledgling stage, first flight, at around 30 days.

The most common call given by adults is 2-noted, slightly upslurred kay-wek. The sound is crescendo. Audible as low, evenly trilled, appears to accompany the early nest-initiation activities, the « sound » p-r-r-r-r- it is also used during the reproduction season.