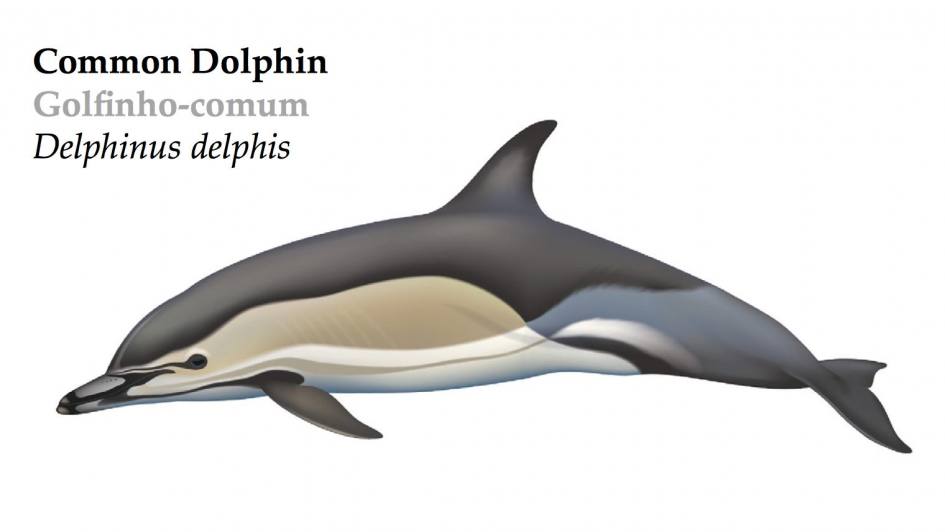 In spite of its name, the common dolphin is not common everywhere in the world. In fact, common dolphins do not inhabit polar regions and their populations are declining in the Mediterranean Sea (IUCN Status: Endangered) and the Black Sea (IUCN Status: Vulnerable). They are powerful swimmers and can reach speeds exceeding 25 knots (46 km/h). Common dolphins are usually inquisitive and can approach vessels to ride their wake.

Squid, small schooling fish (e.g., herring, anchovies, sardines, mackerels). Most of the time common dolphins feed at he surface on fish ball, but they occasionally feed at depth. 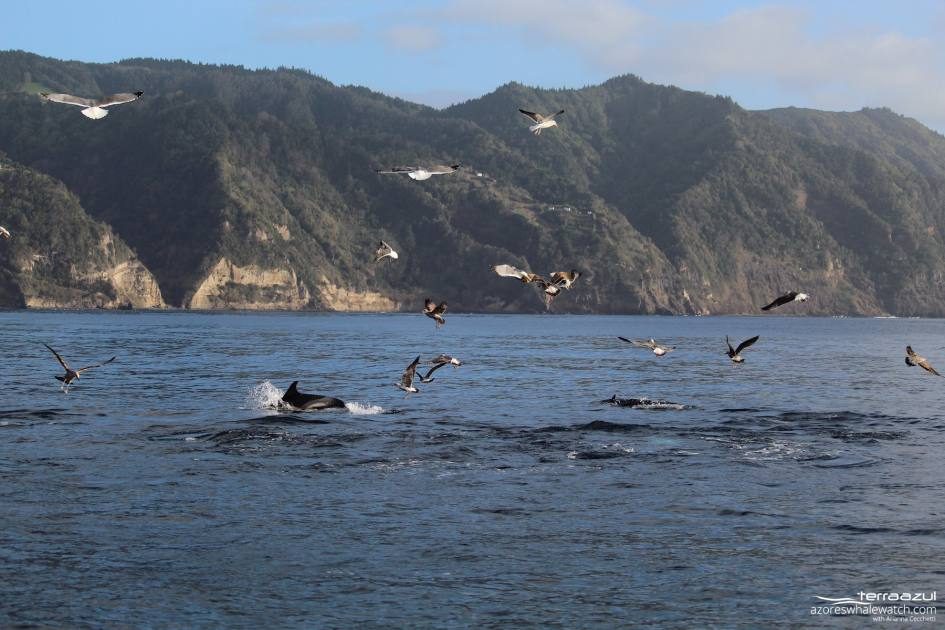 Breeding takes place in Spring. The gestation is approximately 10 to 12 months. At birth, the calf size is around 80-90 cm. Calves suckled esclusively until around six months and will feed an solid food and milk for a few years.

Common dolphins are gregarious. They live in pods that generally represent family units (6-30 individuals) but aggregate in superpods of more than 500 individuals. 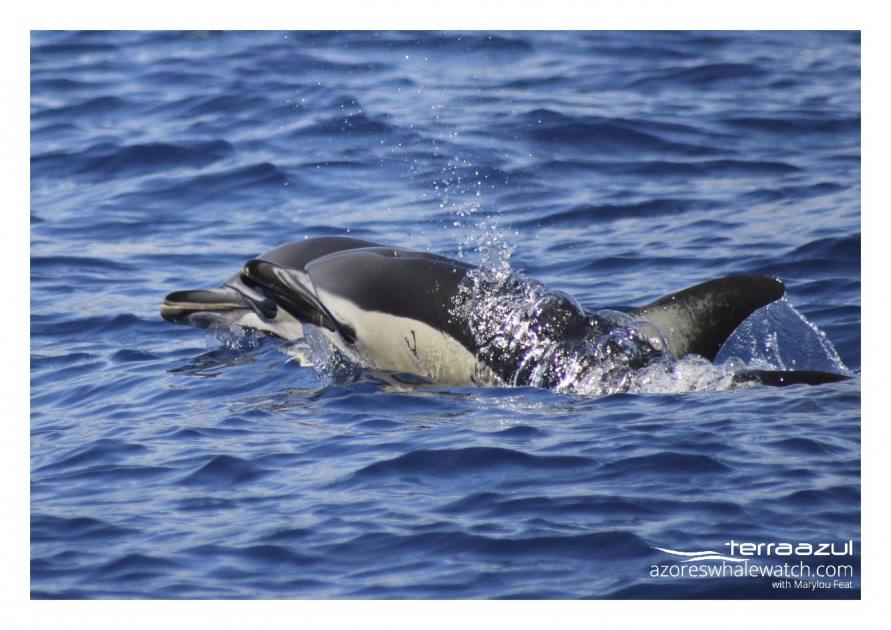 They use a variety of whistles and groans to communicate to each other. Echolocation clicks are also used to detect the prey. You can listen Azorean common dolphins communicating in this recording collected by Terra Azul Crew.