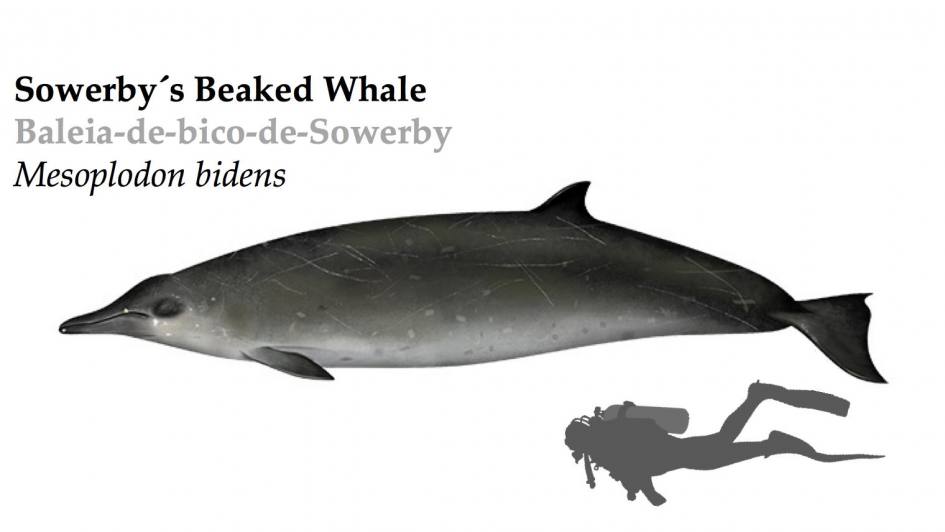 Sowerby’s Beaked Whales, Mesoplodon bidens, is the slimmest species of Beaked Whale belonging to the Mesoplodon genus. Their scientific name, bidens, derives from Latin and refers to the pair of teeth present in mature males. 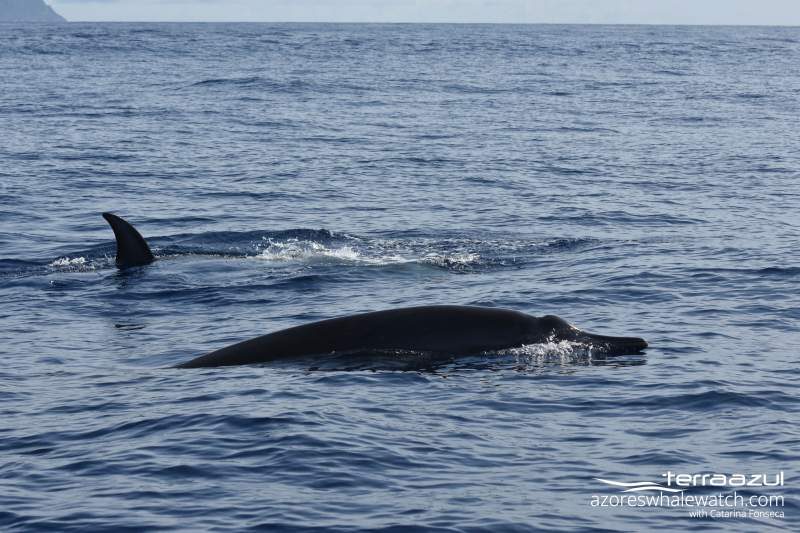 Color: Uniform dark greyish /brownish back and a lighter ventral part.
Head: Rounded melon in front of the blowhole continues in an elongated and narrow.
Fins: Small, wide-based and triangular to falcate dorsal fin.
Teeth: A pair of teeth are positioned in the middle at the lower jaw (mature males).

Adult male spy-hopping with one of his teeth visible.

Sowerby’s Beaked Whales mainly feed on small and medium sized fish (around 15-20 cm). Occasionally they can prey on squids. Prey is captured by suction feeding.

Sexual maturity is reached at the age of 9 years old. The gestation lasts about 12 months. At birth, calves measure around 2.5 meters in length. Mating is thought to occur in late winter with calving the following spring. 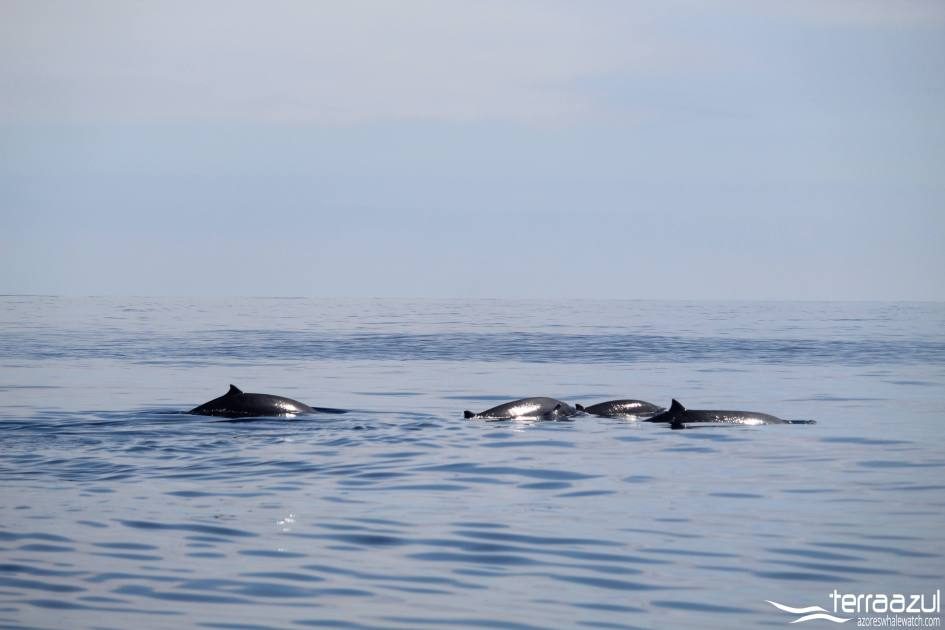 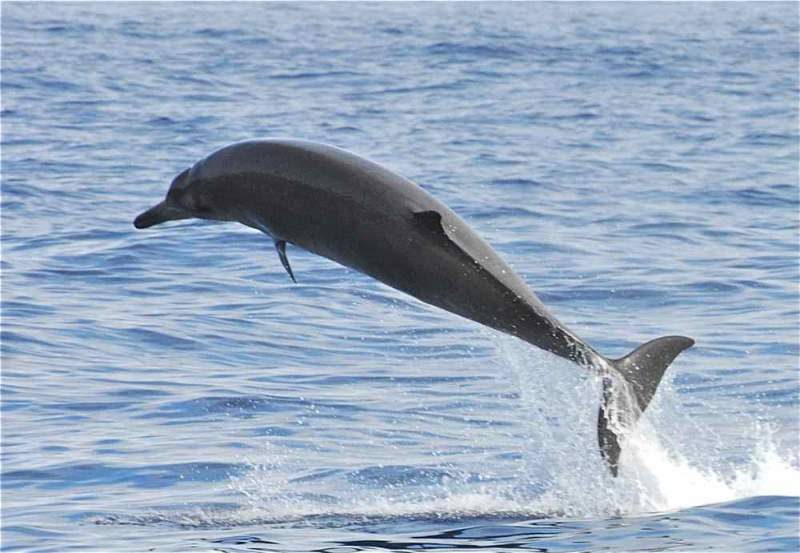 The main vocalizations recorded are echolocation clicks with mean picks frequencies that are associated to the presence of Sowerby’s Beaked Whales in the area.