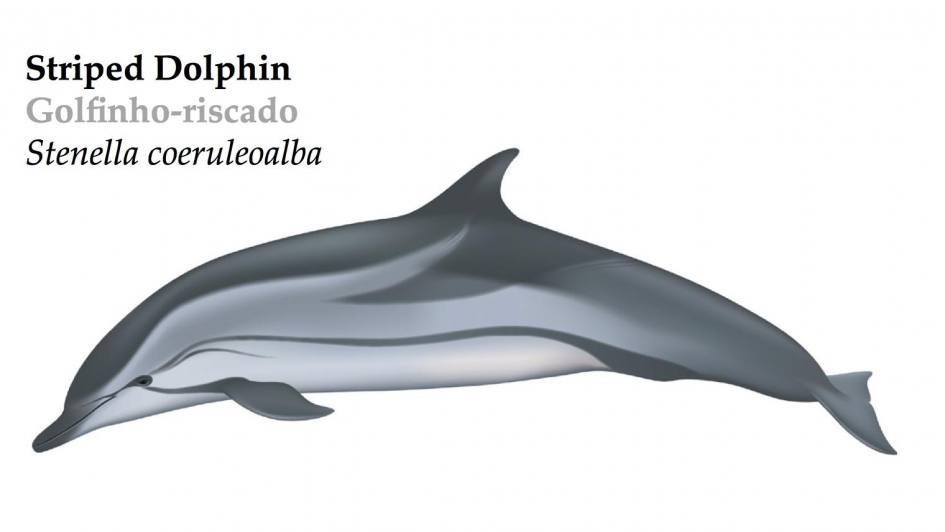 Striped dolphin’s scientific name Stenella coeruleoalba comes from the latin caeruleus : dark blue and albus : white. It refers to the characteristic blue and white stripes on the flanks, that also gave the name in some languages. 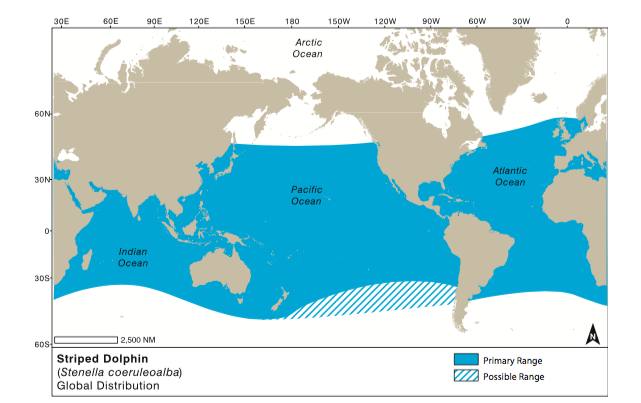 Color: The back is dark brown/bluish. The flanks are light grey with a black stripe extending from the eye to the tail.

Fins: Midway along the animal and falciform.

In the western north Pacific region, striped dolphins usually mate in winter and summer months. Meanwhile, in the Mediterranean region they tend to mate in autumn. Sexual maturity is reached at the age of 6 years (male) and 8 years old (female). At birth, calves measure around 1 meter in length. Gestation lasts 12 months and nursing lasts 18 months even though the calf starts eating solid food well before that. Females usually give birth every 4 years.

Gregarious animals, striped dolphins can travel in groups of several hundreds. They are highly social, fast and acrobatic (leaping, spinning and somersaulting clear of the water as they travel). Striped dolphins may form mixed species groups with common dolphins (Delphinus delphis).

They use a variety of whistles and groans to communicate to each other.  Echolocation clicks are also used to detect the prey. You can listen Striped dolphins communicating and echolocating in this recording collected by NOAA Fisheries.