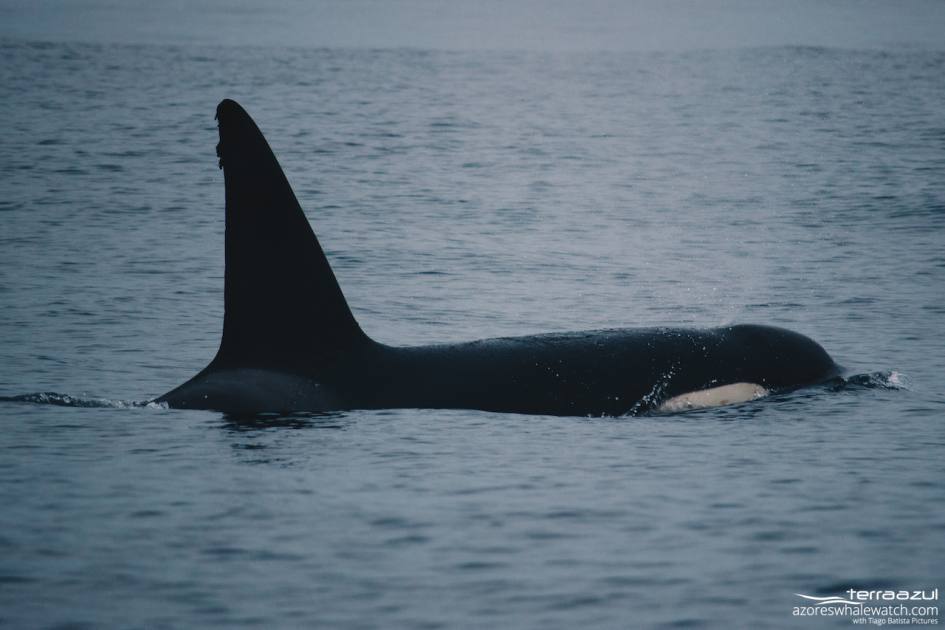 Terra Azul crew gathered some amazing underwater footage of the killer whales (Orcinus orca) that recently visited the waters in front of Vila Franca do Campo. These imagery might help identify what ecotypes of Orcas visit Azorean waters. The back-sloping eye-patch of this individual could be indicative of Eastern North Atlantic Type 2.

Eastern North Atlantic Type 2 Orcas are known to prey especially on marine mammals such as Minke Whales (Balaenoptera acutorostrata) and other dolphin species. Differently, Orcas Type 1 feed almost exclusively on mackerel (Scomber scombrus) and herrings (Clupea harengus), as it has been often documented off the coasts of Scotland and Norway. This difference in their diets is also reflected by the shape of their teeth: Type 1 Orcas often have have teeth worn down to the gum line, probably because of the scales of their preys, while Type 2 Orcas have sharp teeth. Maybe the next time we can have a closer look! 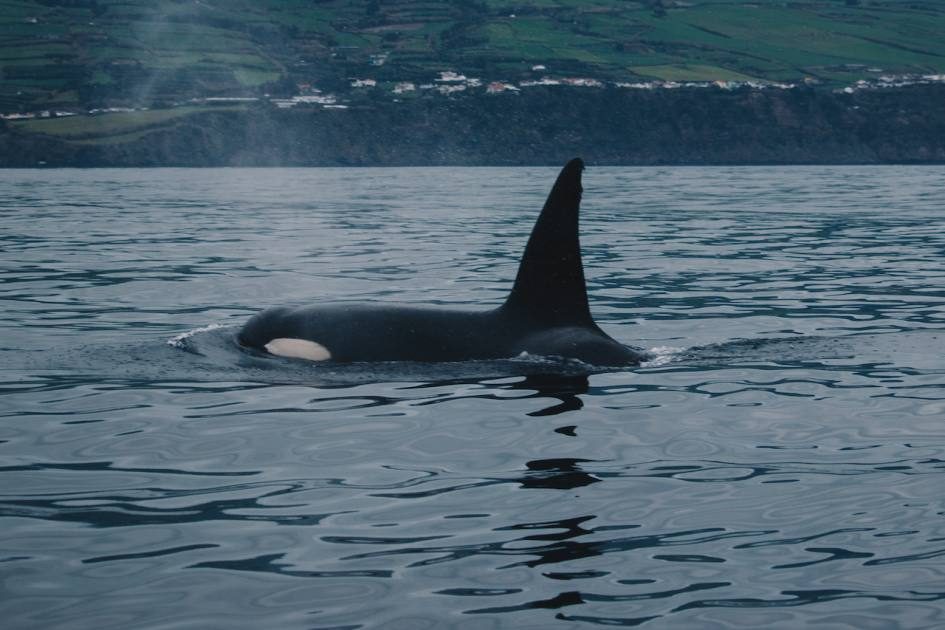 One of  the adult males of killer whale (Orcinus orca) that Terra Azul boat encountered along the coast of Sao Miguel Island. The faint grey dorsal saddle behind the the dorsal fin is another characteristic shared with Eastern North Atlantic Type 2 Orcas.

In spite of their popularity as iconic cetacean species, little is known about the different types of Orcas existing in the Northern and Southern Hemispheres. To date, scientists have individuated ten different ecotypes with different “cultures” for what concern feeding habits, geographical distribution and dialect. Yes, you read well, they even “speak” a different language! 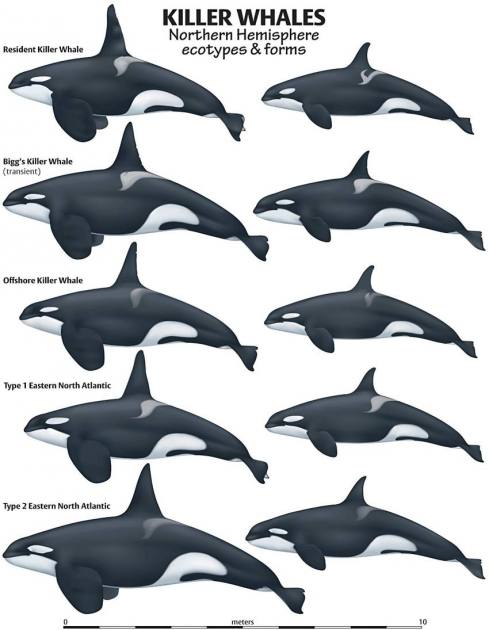 The five recognized Orca ecotypes of the Northern Emisphere. Residents, Bigg’s and Offshore inhabit the Northern Pacific Ocean and they have been proposed as genetically different species. Type 1 and 2 live in the North Atlantic Ocean. The Eastern North Atlantic Type 2 has been individuated only in recent years and have been rarely documented (Source: NOAA).