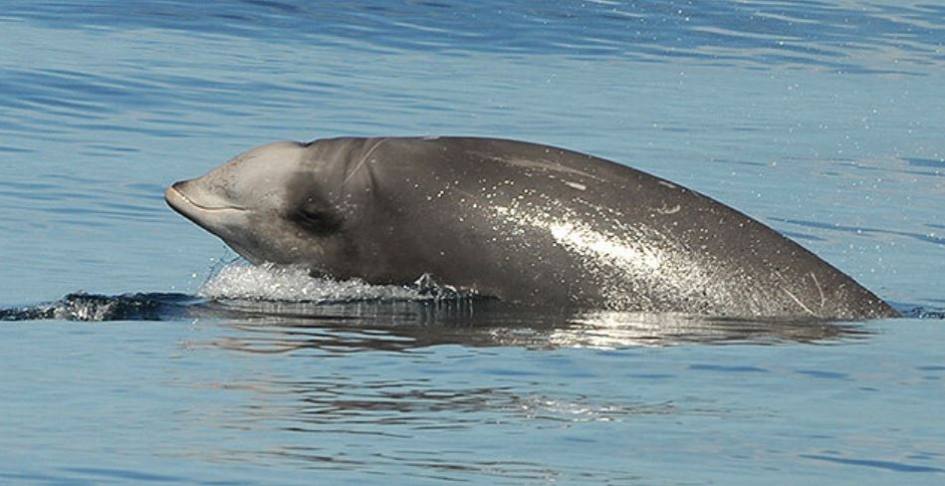 Cuvier’s Beaked Whale (Ziphius cavirostris) lunging at the surface prior to a long dive.
Source: phys.org/news/2019-01-beaked-whales-navy-sonar-range.html

In one of our previous posts you could already read something about the difficult-to-study species of Beaked Whales. Now let’s dip into the life of one special member: Cuvier’s Beaked Whale (Ziphius cavirostris).

Cuvier’s Beaked Whales have the widest distribution of any of the beaked whales, being found in the Atlantic, Pacific and Indian oceans, as well as the Mediterranean Sea. They appear to favour continental and island shelf slopes of 500 – 3000 m depth. 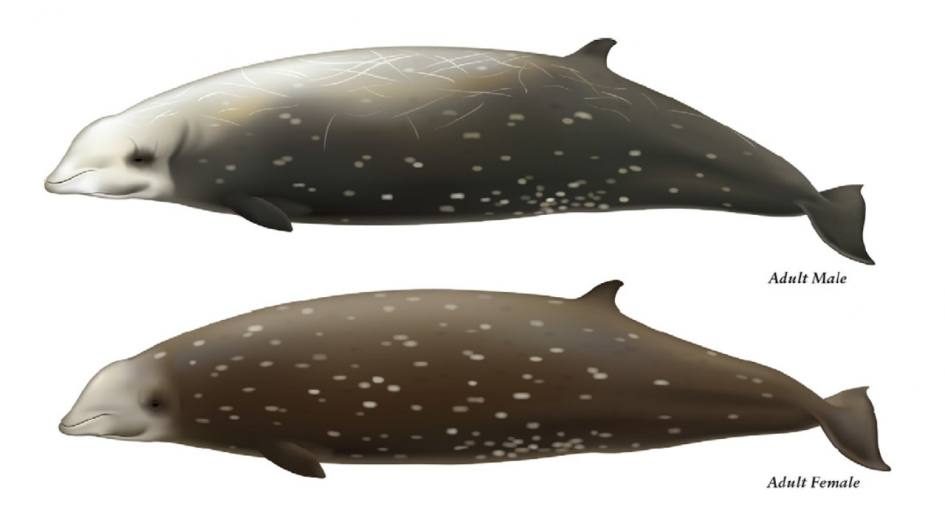 Cuvier’s Beaked Whales (Ziphius cavirostris) have a maximum length of about 7m. They have two teeth, commonly referred to as tusks, which erupt only in males. They are generally dark grey in colour, which often appear brown. Older individuals will have white pigmentation on the head extending further back on the body in older males. Adult males also have scars on the head and back from fighting with other males or from cookie-cutter sharks.

Their diet consists of a wide diversity of squid, and occasionally fish and crustaceans. They capture prey by using suction feeding. Studies indicate that echolocating, and thus foraging, typically does not begin until the whales reach more than 400 m depth.

Did you know that Cuvier’s presently hold the record of being the deepest diving mammal?
They have been recorded off California coast to dive for 2.992 m and 137,5 min.

Another important thing to know about these extreme divers is that high-intensity sounds, in particular naval sonar, seem to have a big impact on them. Atypical mass strandings associated with naval sonar exercises have been documented off Greece, the Canary Islands, the Bahamas and Guam.

Therefore they usually avoid vessels and may react to ship noise at great distances. Although there are cases of curious individuals appearing around small boats that are motionless in the water, which happened last month with Terra Azul boat 🙂 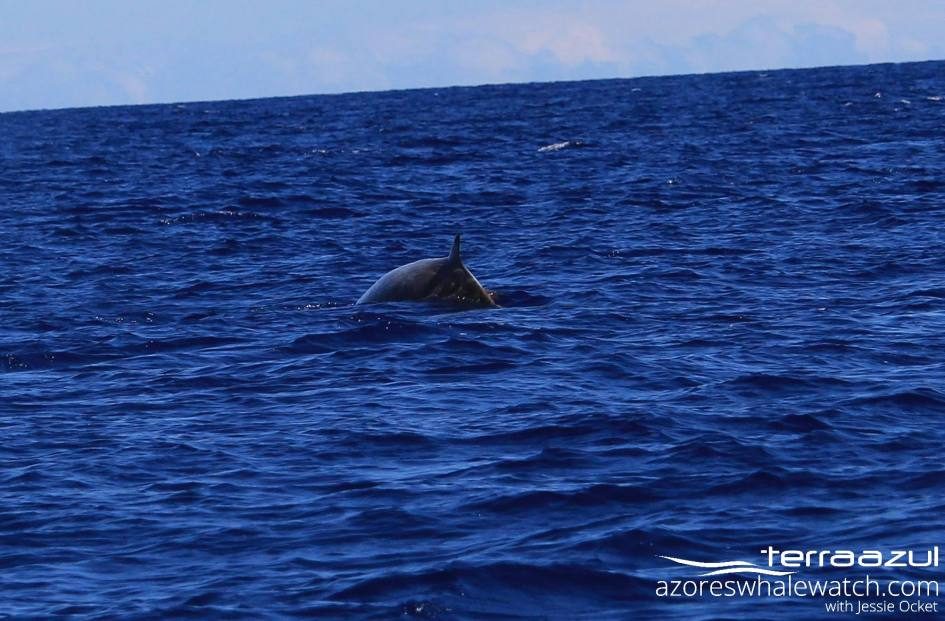