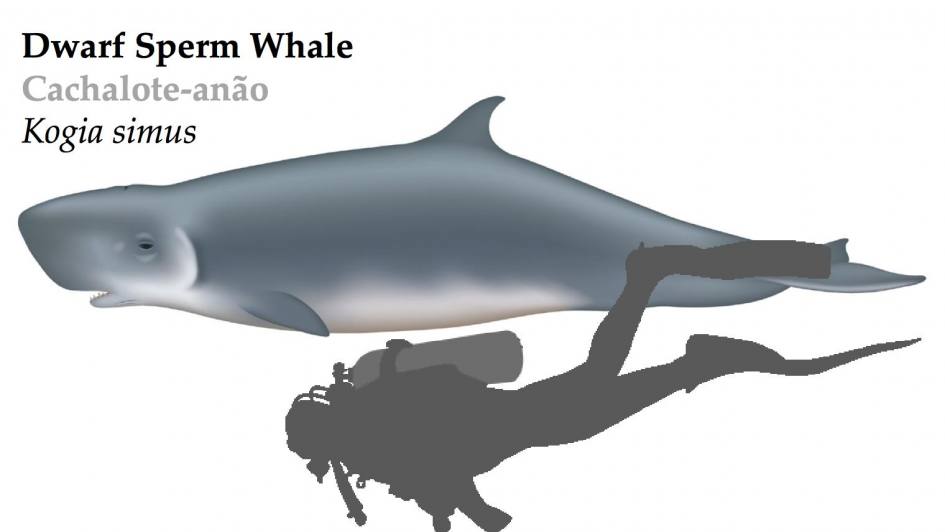 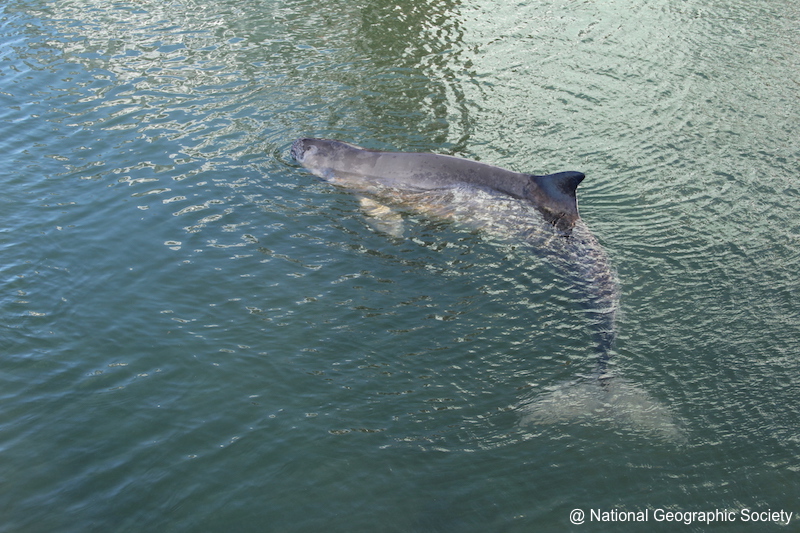 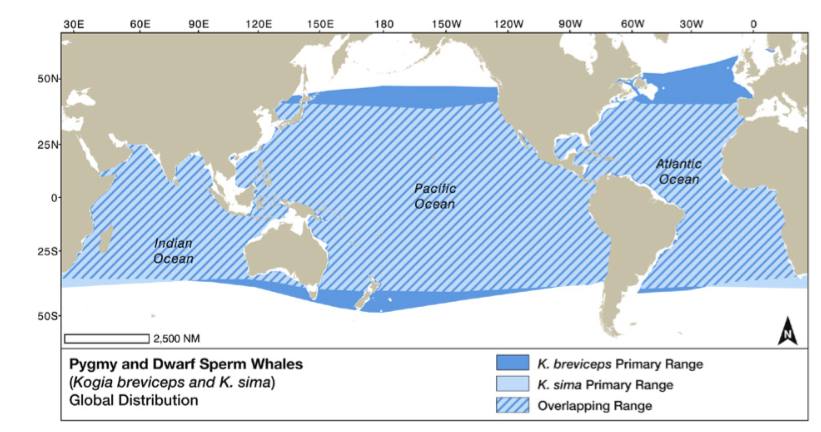 Color: Soft blue-grey above and pinkish on the ventral part. A light « false gill » crescent mark may be present between the eye and the flipper.

Head: Square head filled with spermaceti. The Kogiidae species have the blowhole on the left side of the tip of the snout, like Sperm Whales (Physeter macrocephalus).

Teeth: 8 to 13 pairs of teeth on the lower jaw, and almost always 3 pairs in the upper jaw. 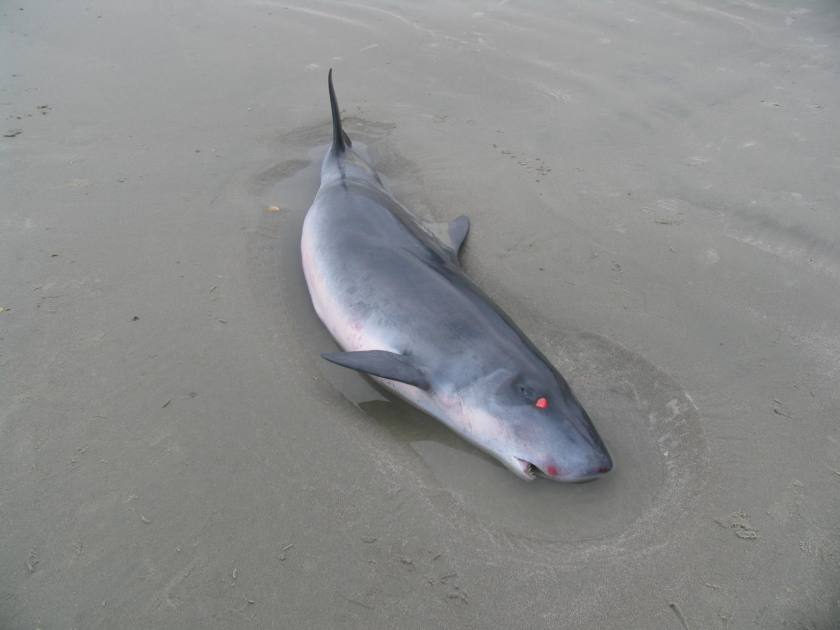 A Dwarf Sperm Whale stranded on a US beach. As for other cryptic species, stranded specimens are a valuable occasion to obtain scientific data on rarely sighted cetaceans. Source: NOAA.

Sexual maturity is reached at the age of 5 years (female) and 3 years old (male).The gestation lasts about 9-10 months and can apparently occurs every year, because the nursing lasts one year. At birth, calves measure around one meter in length. Breeding takes place in autumn while calving occurs in summer.

Dwarf Sperm Whales are usually solitary animals but can form groups up to 10 individual strong. Dwarf Sperm Whale are quite shy and tend to avoid vessels. They generally rest at the surface or roll lethargically for a few minutes between dives. Unique to the Kogiidae species, appended to the small intestine near the anus, they have a sac filled of a dense red-brown fluid.  If the animal is stress it release the reddish fluid to distract predators such as orcas or sharks.

Dwarf Sperm Whales are apparently not very vocal, especially at the surface. This is believed to part of their predator avoidance strategy. They do emit clicks to locate their preys through echolocation. Here you can listen to clicks attributed to Pygmy Sperm Whales by the University of California San Diego, although it is still not possible to distinguish the vocalization of the two species. 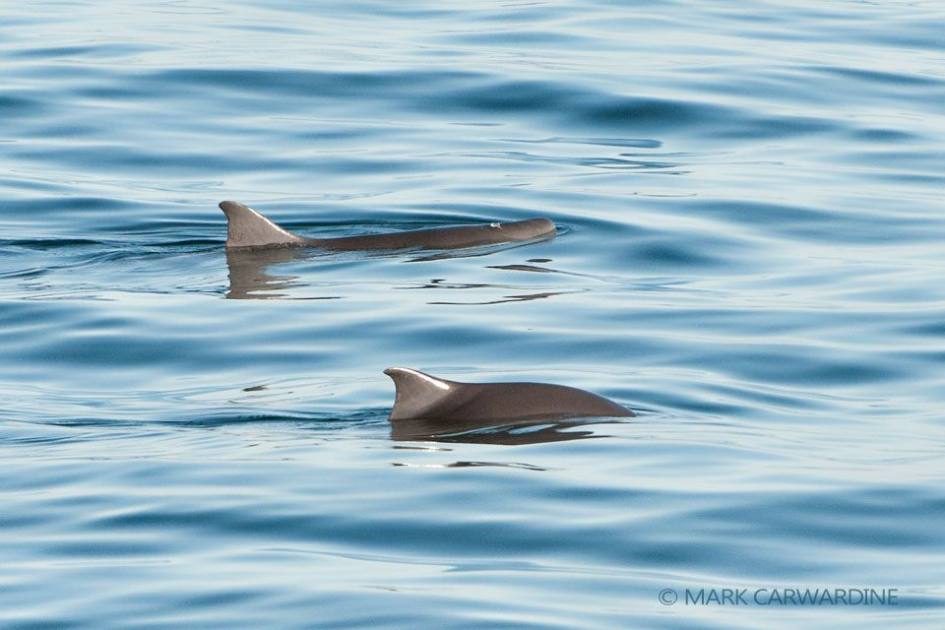