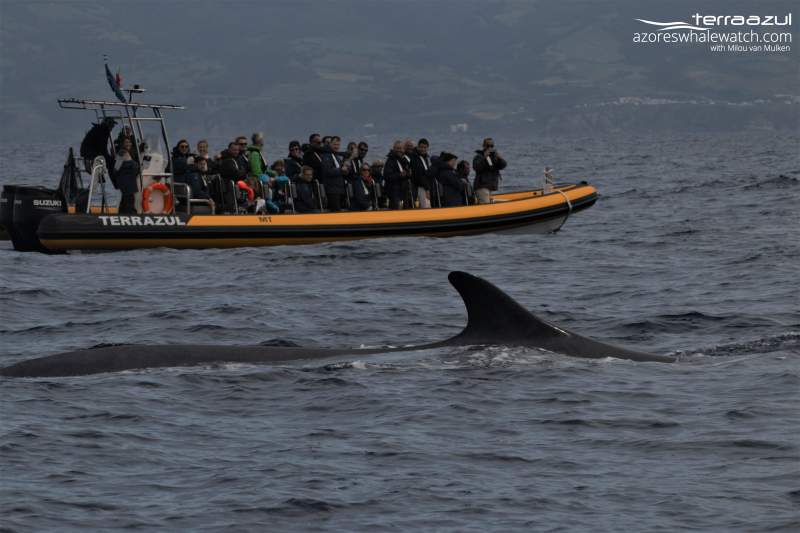 This morning we left our base to start with a group of short beaked Common dolphins including calves. They were socializing with each other and with our boat. After only 5 minutes we speeded off, to reach a pod of 4 Fin whales. Among them were some giant females! Female baleen whales grow larger sizes than males, in opposite to toothed whales, of which the males grow larger.

After staying with the 4 Fin whales for a while, we spotted 2 more large blows further out East, so we went to check them out. Turned out those were another 2 giant Fin whales. Then we lost count because Fin whales started to appear on all sides of our boat and we were literally in the WHALE ZONE! Filipe our lookout informed us he counted at least 12 whales. 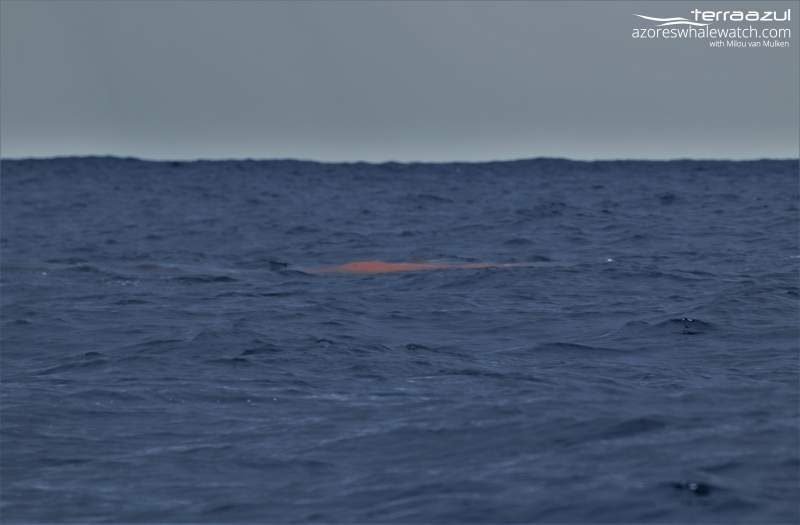 And yes…after a while we spotted a big red patch of whale poop; just in the color as their main diet – krill.

At the beginning of our afternoon trip we were able to see Striped Dolphins. They were appearing in such large numbers, so they surrounded both boats. Their appearence at the surface was very active and it was possible to observe them during spectacular jumps! The breaching behavior of Dolphins can have various functions such as communication, cleaning or enhancing forward propulsion when fast travelling. These functions depend on the context they are performed.

After a while we were heading out to the ocean to see some whales. Unbelievable! There was still a pod of Fin whales and also their poop. They surfaced very often and also showed their flippers! It was such an amazing time!

Here are some teamshots: a nice French group in the morning: 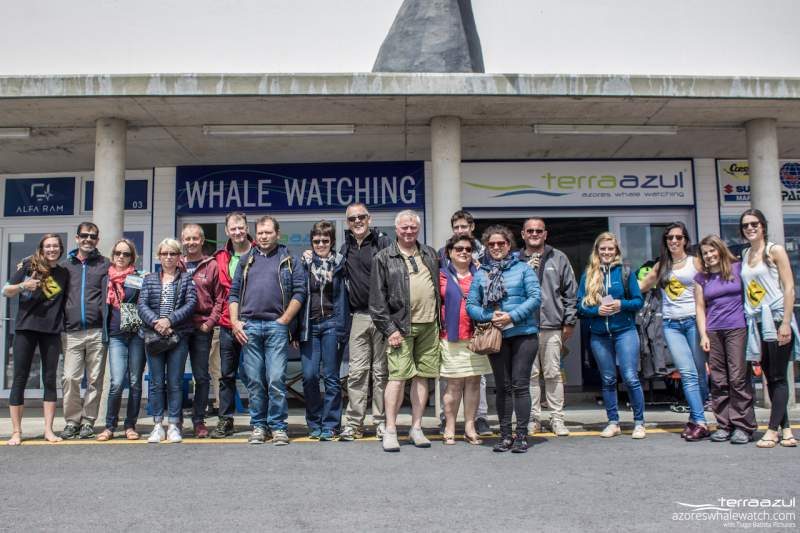 and the Schwarzwaelder group of the afternoon. Greetings to all! 🙂 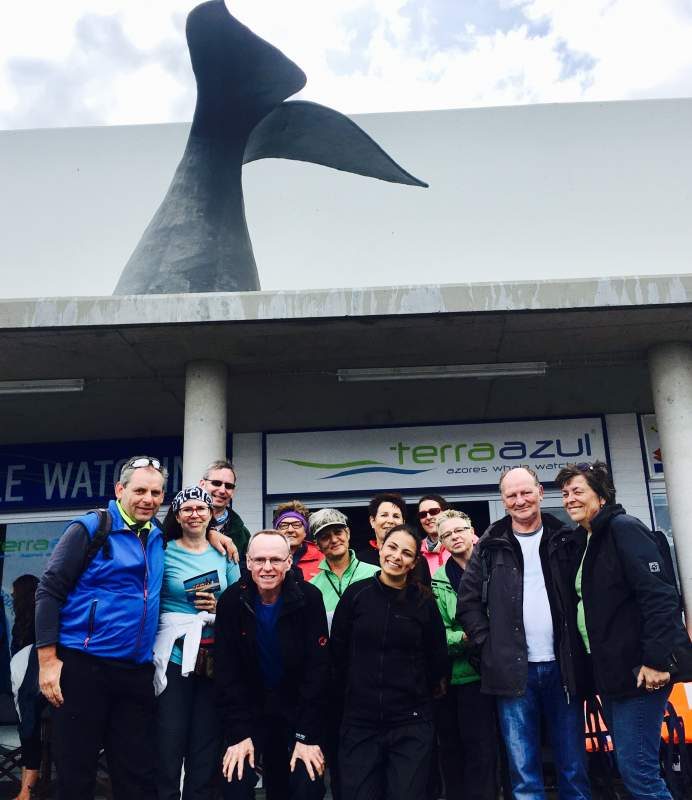