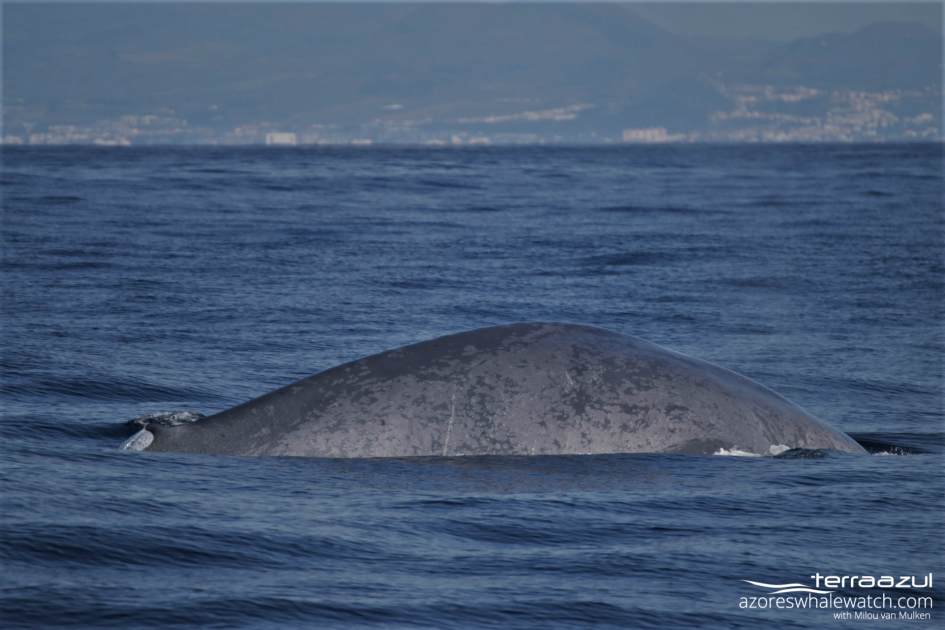 It’s that time of the year again….when water, wind and whales are all there in perfect harmony, in one trip!
It was not only whales we saw in today’s morning trip, we started with 3 species of dolphins! Common dolphins, Bottlenose dolphins and Striped dolphins. The Striped dolphins were behaving a bit unusual, not like the usual spaceship flying through the air, but rather distracted and spending less time on the surface. 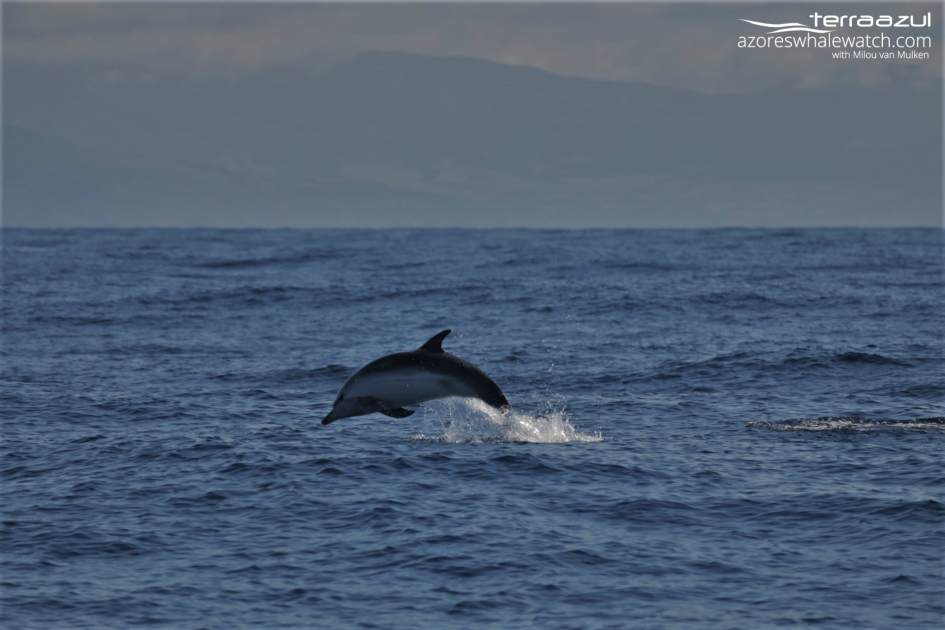 After spending a good amount of time with all those dolphins species, we moved 10 miles out where Filipe the “eyes of god” spotted a Baleen whale. Tiago, our skipper, believed it was a Fin whale at first, Milou, our guide, was convinced it was a Humpback whale, but then finally decided it was the most giant of all: A BLUE WHALE! It was obvious: the tiny tiny dorsal fin, the almost blue flare on its skin and white pigmentation spots. And it was a massive one. 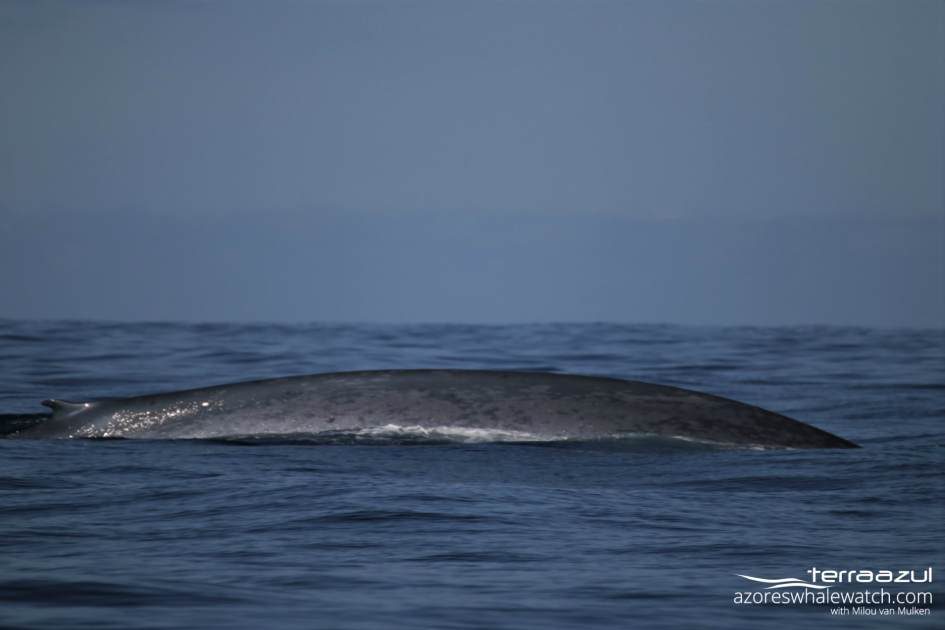 A couple of times we got shocked from the loud blasting sound when the whale took a breath near to our boat. We are used to the large size of the many Fin whales these days, but when you see a BLUE WHALE, you clearly see what it means to be the largest animal on the planet – and ever lived. The sound of their blow is mesmerizing and it looks like a big rock is just rising out of the ocean. 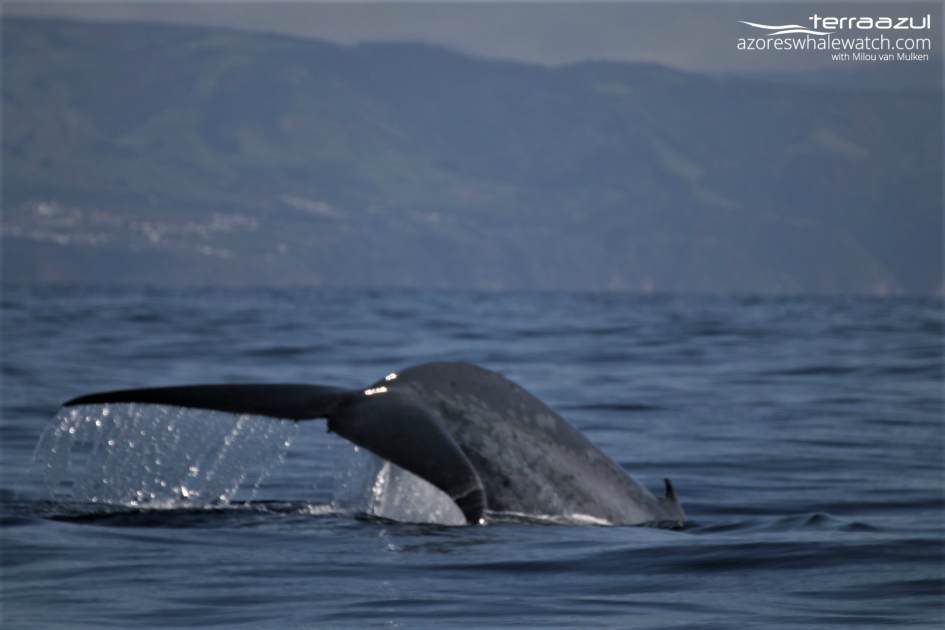 How lucky were we, that the whale showed its large fluke before going on a deep dive! It felt like a slow motion moment. (sorry, the fluke photo is a bit blurry, but later there will be more photos on our Facebook page)

We hope this is the start of the continuous BLUE WHALE migration along the Azores for the next weeks!