One last look outside before the storm? 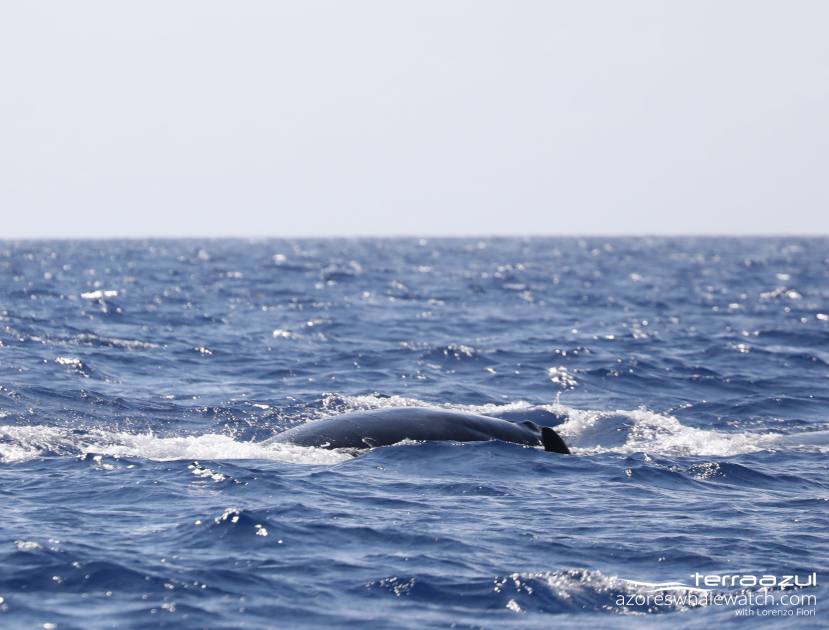 This morning trip was worth indeed as, with the precious help of our land observers, we managed to find plenty of animals in the rising waves.

Common Dolphins (Delphinus delphis) were kind of waiting for us just outside the marina of Vila Franca do Campo, both on our way out and upon our return! The pod was quite large but not even close to the size of the super-pod of Atlantic Spotted Dolphins (Stenella frontalis) with hundreds of individuals that we encountered a few minutes later! 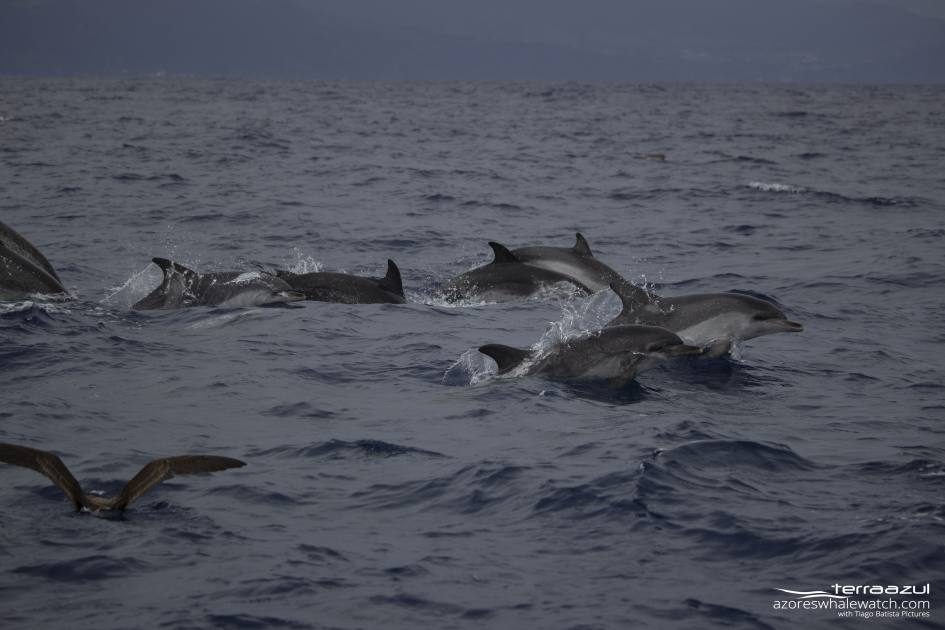 Atlantic Spotted Dolphins (Stenella frontalis) on the hunt while a Cory’s Shearwater (Calonectris borealis) looks underwater for an easy catch.

It was not easy to spot blows out offshore, as the westerly winds were getting stronger. However, after a patient search, there she was, a Sei Whale (Balaenoptera borealis) and her calf, gently cruising to the South. After, spending some time with the pair, we left them to return to shore.

Once again, a day with dolphins and whales in the wild Atlantic Ocean. Lets see if it is time for a weather break 😉