Breakfast in the Azores 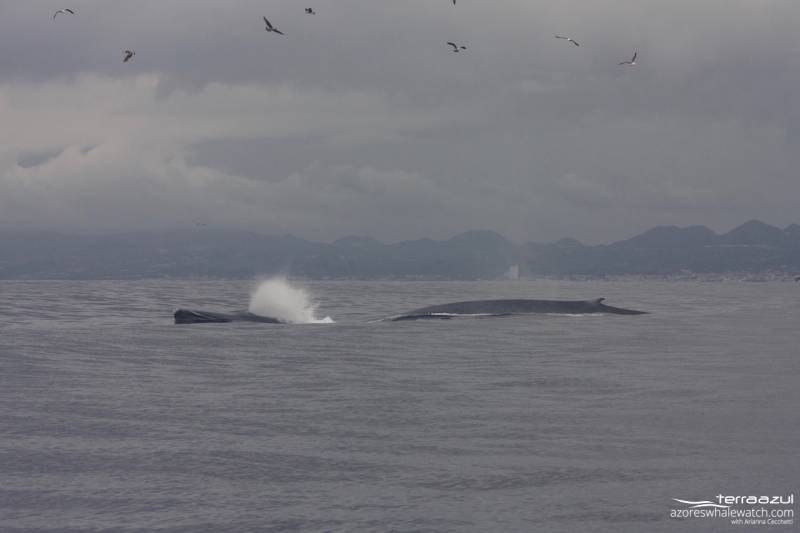 The absence of the sun gave dark grey tones to the “oceanscape”, but the sea conditions in the morning were optimal as we were heading out at sea to encounter wildlife. Eventually we didn’t need sun to brighten up our day, the sight of blue whales and fin whales was enough 😀 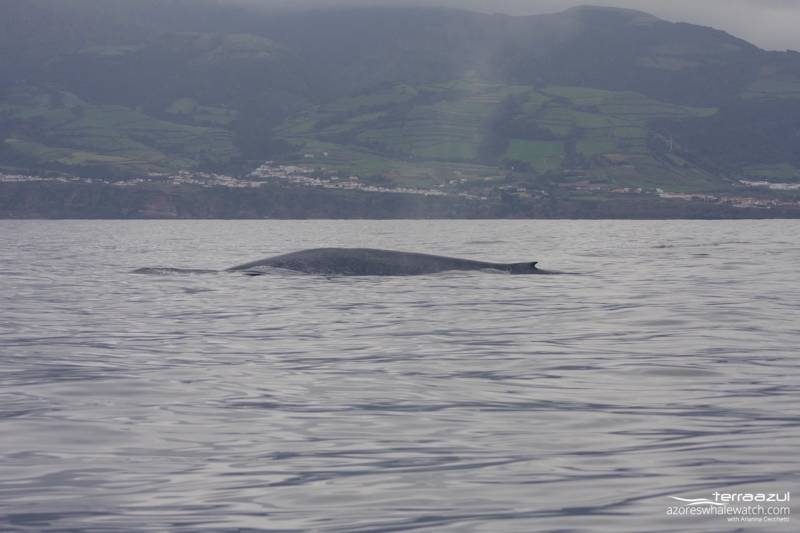 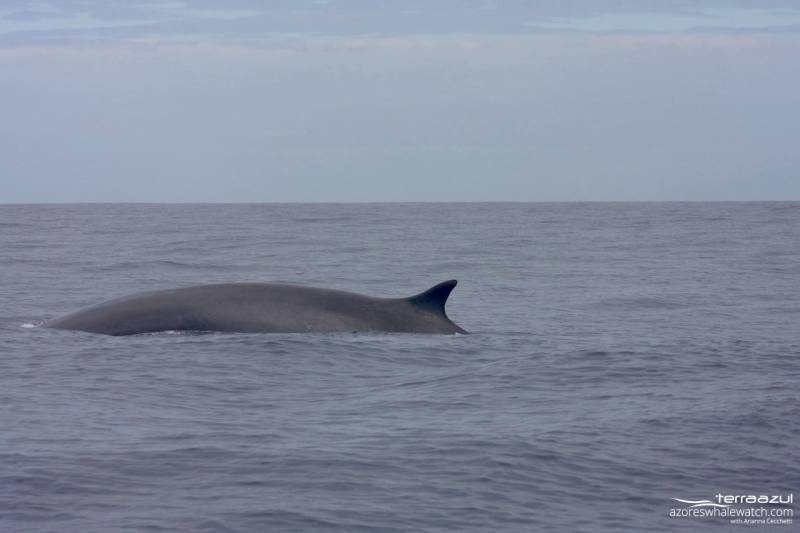 The whales were foraging, performing prolonged dives. Some common terns (Sterna hirundo) were also feeding at the surface, possibly taking advantage of the left overs of the whales. At some point while we were waiting for the blue whales to come up we saw from distance a big splash of water, the whales were surface feeding.

In the past days we have been seen baleen whales foraging in these waters.

One of the two fin whales seen today was most likely the same one seen in the last two days confirming that they stop in the Azores taking advantage of patches of krill and small fishes before heading north to the feeding grounds where they will spend the whole summer feeding and accumulating energy reserves for the winter months.

While in the area of blue whales we also spot some common dolphins (Delphinus delphis), which approached the boat and left immediately. Closer to the shore we saw some bottlenose dolphins (Tursiops truncatus) and a loggerhead turtle (Caretta caretta).

In the afternoon we saw again two blue whales, one of which showed the tail when diving. A huge group of striped dolphins (Stenella coeruleoalba) completed the tour. 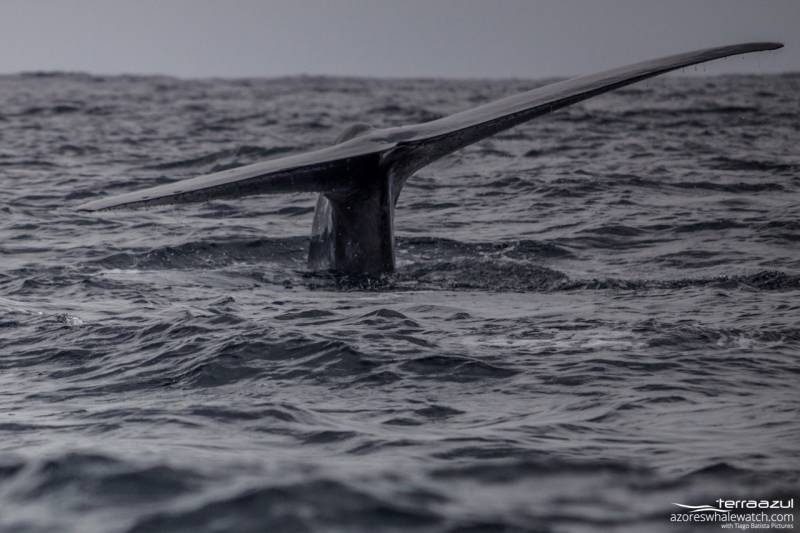 Later in the afternoon the wind started picking up, but tomorrow it is expected to slow down again for more tours to happen 😉