The baby Bryde’s is still around :) 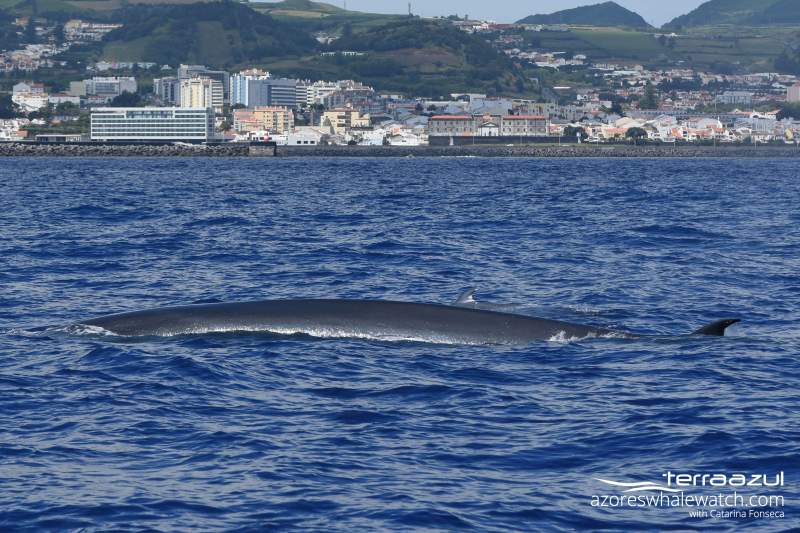 We started our day with a wonderful mood, how can it be different if you see a baby baleen whale? 😉 Yes, the tiny Bryde’s whale that we have been seen in the past few days is still around and today it was quite close to the coast together with its mother. They were very fast moving and appearing in different spots in short time, so as to lead us wondering if there were more than one individual, but eventually we could confirm by the dorsal fins it was only them 🙂

The mother has a nice marked dorsal fin, with a notch halfway its trailing edge, so it can be rematched in future in case it would appear again in the Azores.

Bryde’s whale mother with the calf surfacing next to her 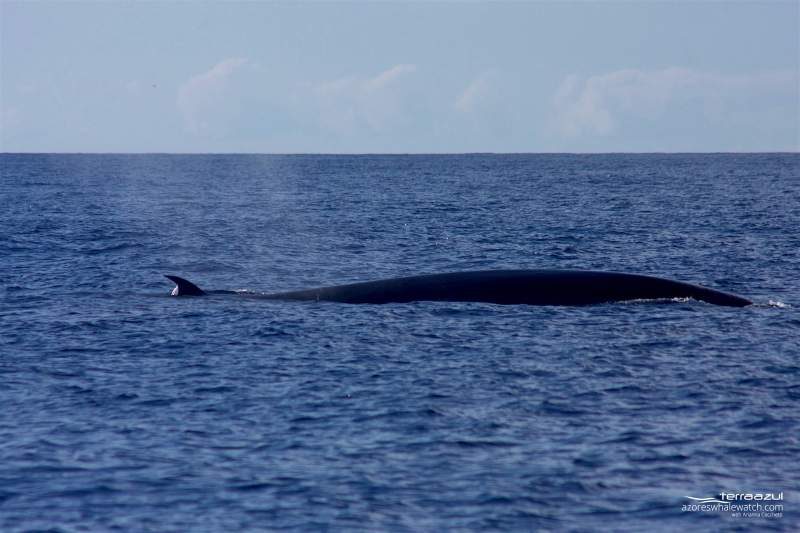 While waiting for the sperm whale to surface after a deep dive, two Risso’s dolphins appeared quickly just the time to let our whale watchers to take a picture and they glided back into the ocean. …

In the afternoon, the tour started with an adorable group of Atlantic Spotted dolphins 🙂 Despite spending some time underwater, the small group approached the boat several times to play at the bow and even showed off with some high jumps!

On the way to Filipe’s next sighting: our new awesome Bryde’s whales friends, a surprise group of Bottlenose dolphins showed up. They were busy having some lunch so we decided to leave them to it and go see the whales.

Today they decided to pay a visit to Ponta Delgada and were less than a mile off the harbour! 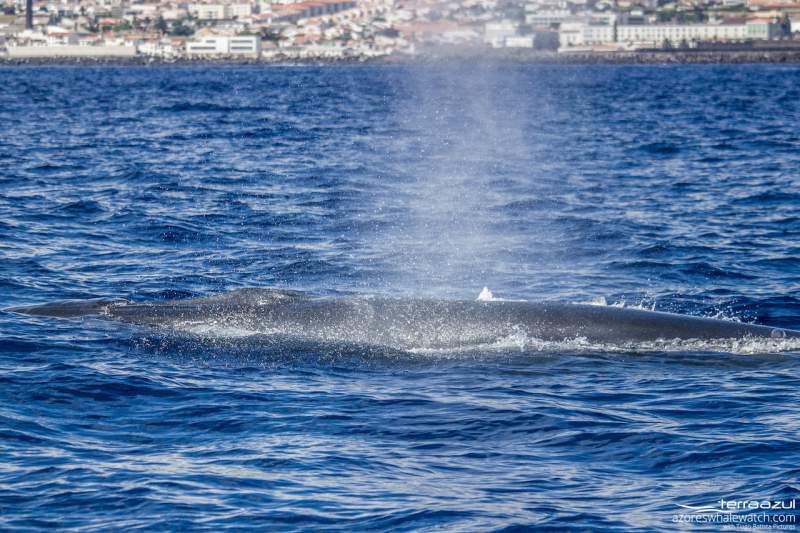 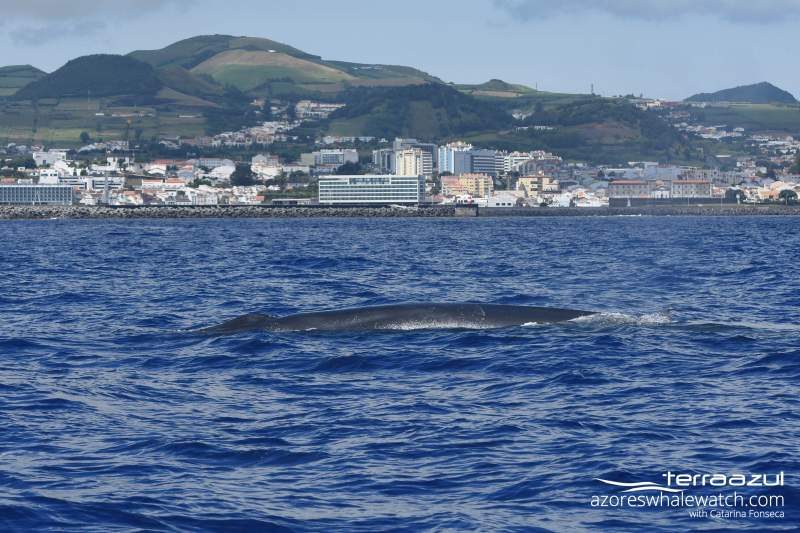 Mum with Ponta Delgada in the backgound

Like in the morning, the whales came really close to the boat at a certain time surprising everyone onboard 😀 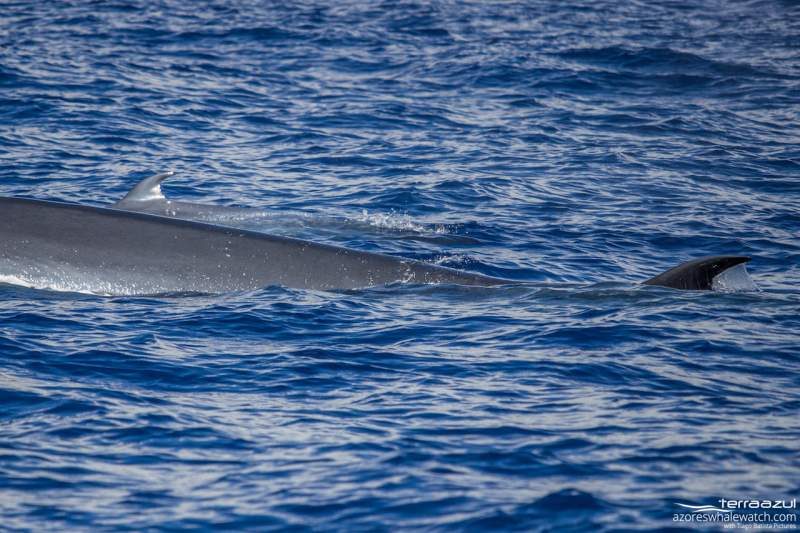 Bryde’s whales close to the boat

To finish the day on a high note, we spent some more time with these lovely whales and a travelling group of Atlantic Spotted dolphins 🙂