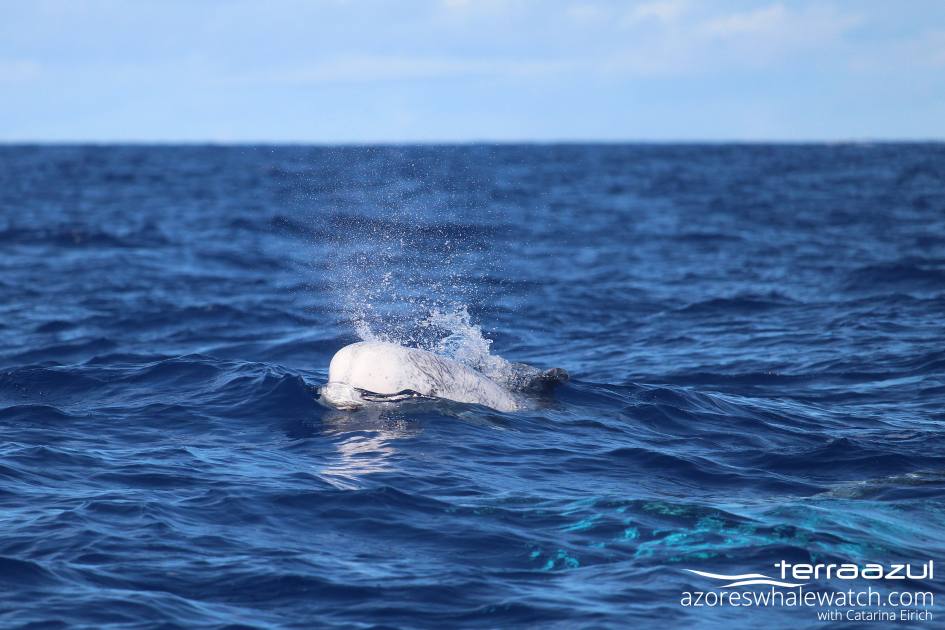 Today was a really beautiful morning in Vila Franca.
Regardless of the clouds in the sky, the sea was marvelously quiet in the Atlantic Ocean.

We sighted after leaving the marina a pod of Common Dolphins (Delphinus delphis). At last 200 dolphins were looking for fish in order to feed and gain strength, the strength the mothers need to feel strong from the little ones drinking all that milk. 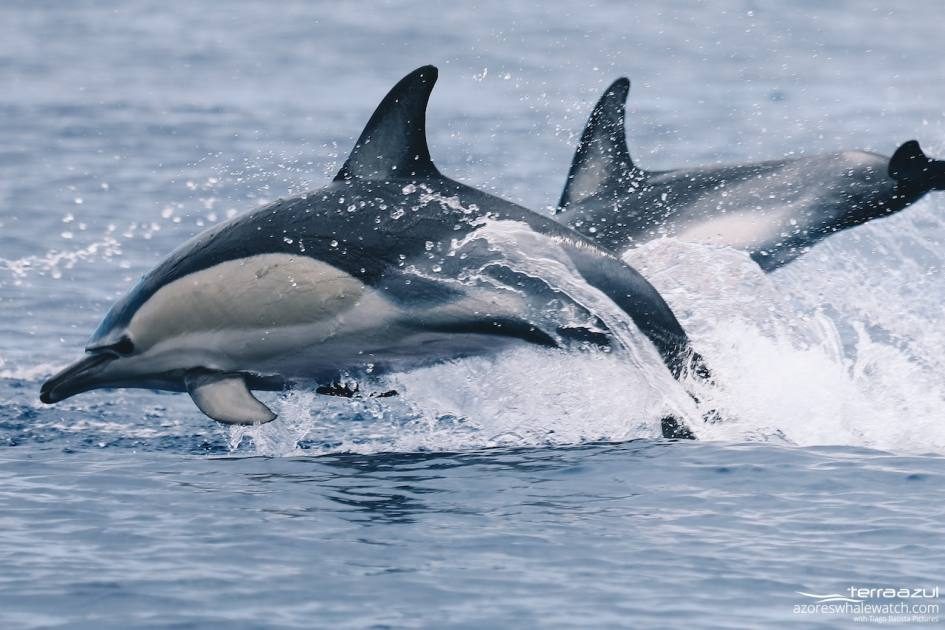 After we navigated out to the West side of the island to find, no other than one of the resident species in Azores, the round shaped dolphin named Risso’s Dolphin or in latin Grampus griseus.

I told our guest that this species is still hunted in Japan and the answer of one of the customers was-“For what Anais ?… for the meat ?”. Here is the answer to that question on why they are hunted in japan, the answer is indeed “yes” for their meat. Meat is very commonly sold in the markets in different regions of Japan. Even though of course not everyone is a consumer in the country. The dolphin meat is given in primary schools for lunch, steak is also available in the supermarkets yet the public is not very well informed on why eating whale and dolphin meat is very unhealthy. Dolphin meat contains high levels of heavy metals and other organic pollutants, such as PCBs, that get also lodged in our systems when consumed.

So it’s always better to see dolphins out at sea in the ocean than on our plates that is for sure and admire them when they are swimming in the open Atlantic Ocean.