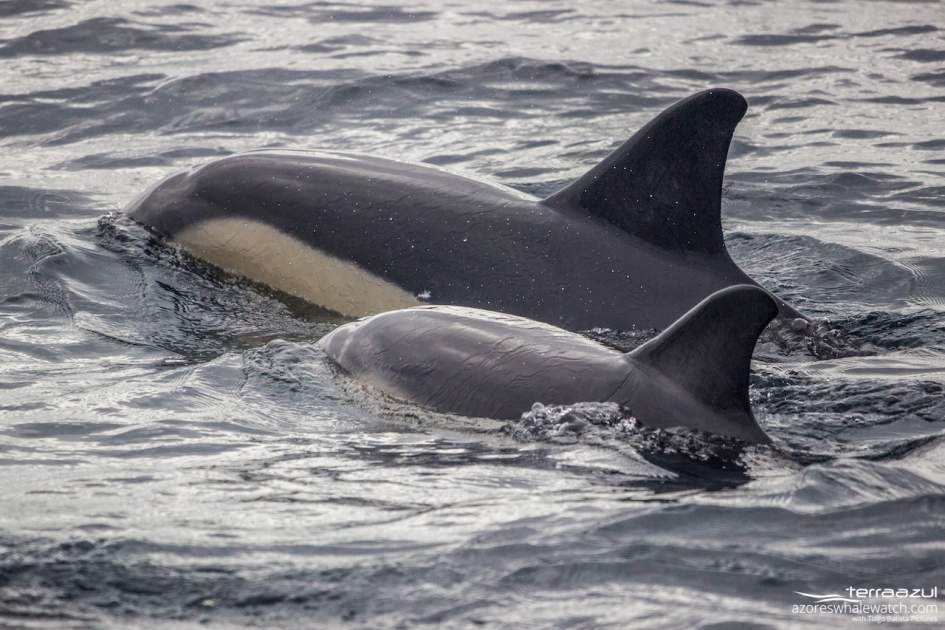 Today was a cloudy and kind of foggy day, but as soon as we got to the sea the ocean was almost flat and the thought of a grey day completely disappeared. After a few minutes on the sea, we saw a solitary Risso’s dolphin feeding, but we could only see the dorsal fin, which had only a few scratches, that indicates that probably it was a young individual, the adults have more scratches so the colour of the body is less darker. 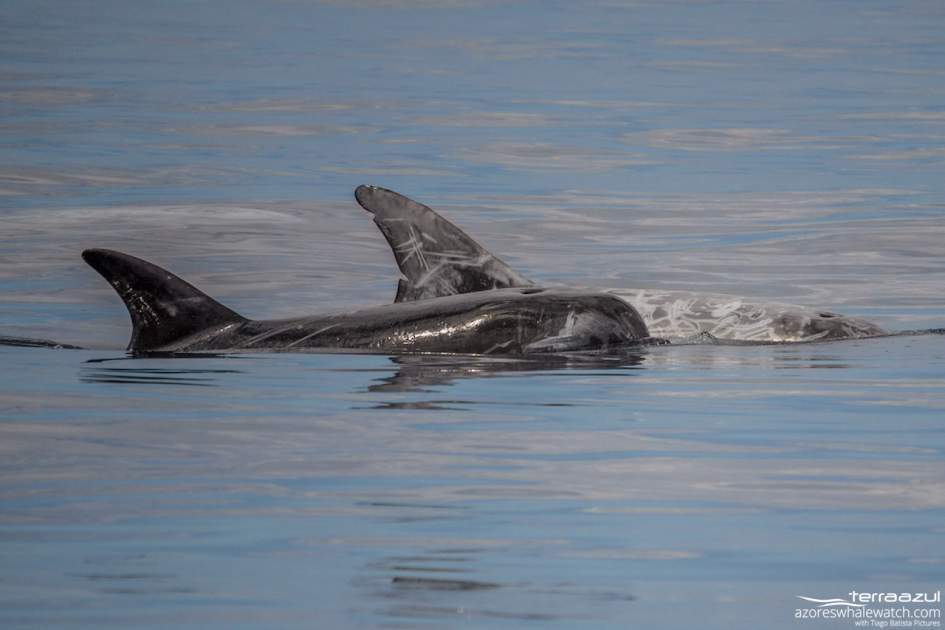 Then we saw a big group of Common dolphins also feeding. At the beggining it was a bit dificult to see what they were doing, but then we could see because we had also sea birds, the Cory’s Shearwater and the Great Shearwater. Then further away we tried to see a baleen whale, but we could only see another group of Common dolphins, this time smaller. 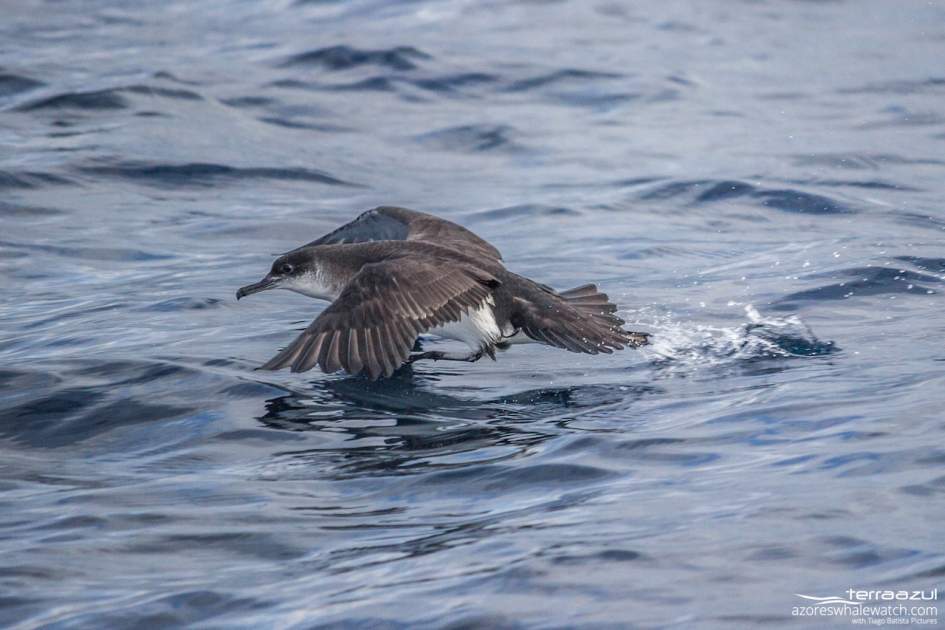 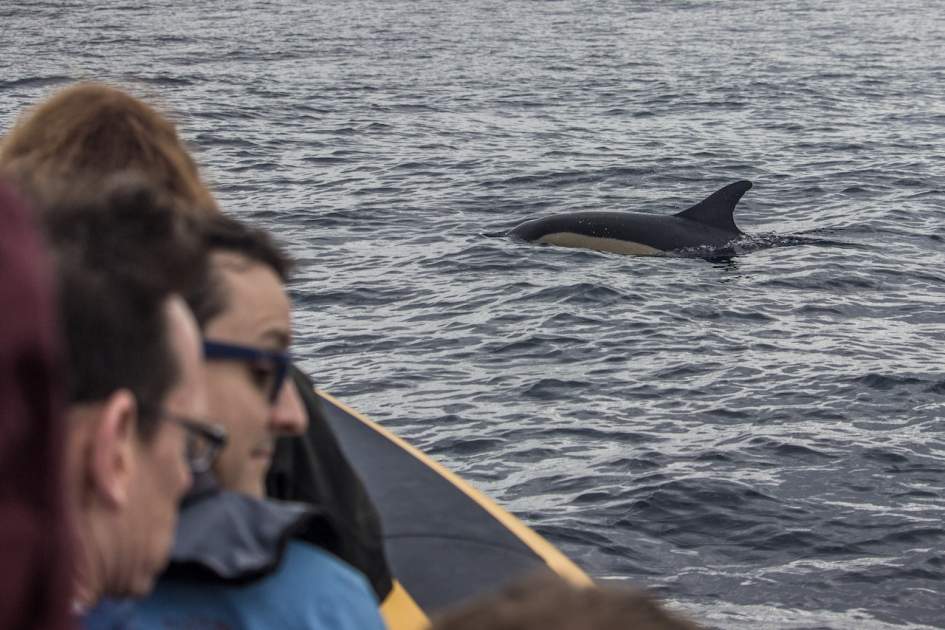