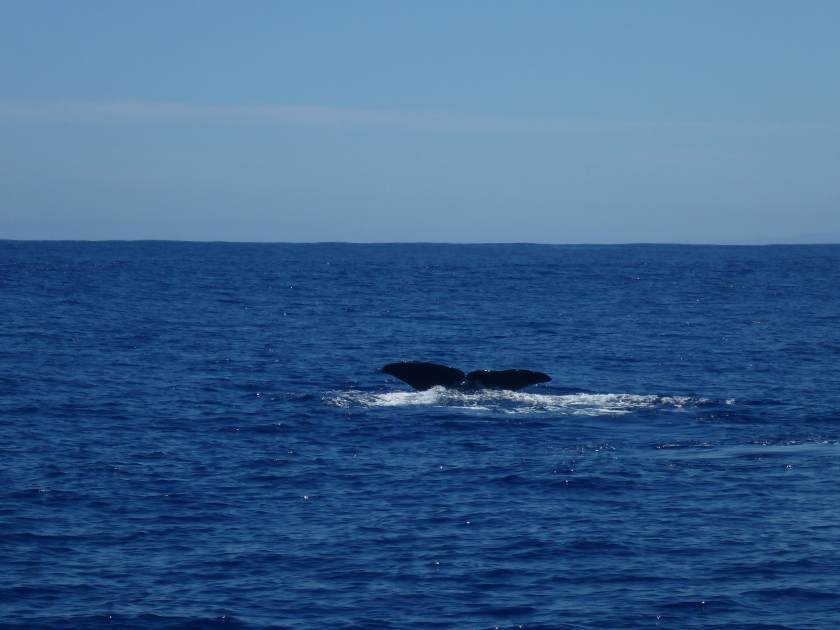 I am still grinning ear-to-ear when I think about the whalewatching tour two days ago! First because I saw my personal favorites, the Risso’s dolphins (although briefly) but second because of the encounter with the Bottlenose dolphins afterwards! It is so special to be near them when they mate and we saw it! The mating season of Bottlenose dolphins lasts throughout the year, and (just like us) these dolphins do not only mate to reproduce. It is known that dolphins also sometimes mate for pleasure with individuals of the same sex and change partners. Two days ago we saw some of them collide mid-jumping. Mating Bottlenose dolphins can be rough! It for sure was very spectacular to see.

After a while our lookout directed us to an area which proved to be the Sperm whale spot of the day! We saw a young calf, and later were thrilled to see two adults (apart from each other) which both showed their iconic fluke! I’m sure that the family met each other by now 🙂 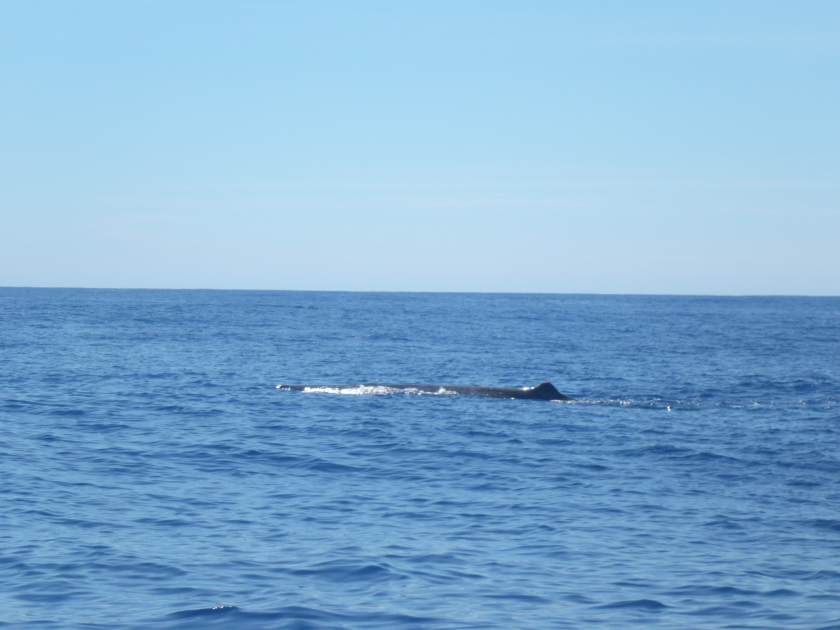 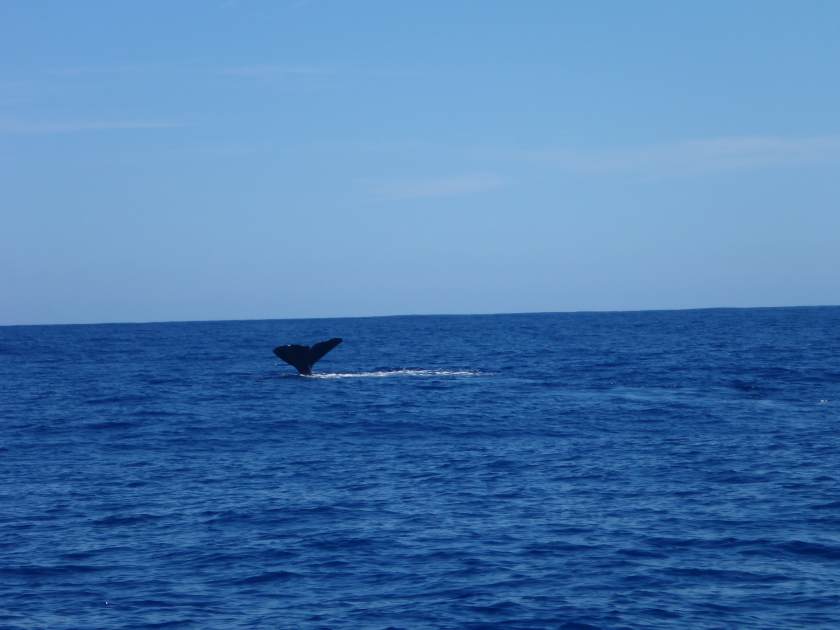 The second fluke we saw during the tour

And then sometimes tours get a cherry on top.. on our way back we went to another whale-zone and where we had an unbelievable close encounter with Fin whales. Before the last whale-dive of the day we were able to see the full length of the animal so so close to the boat, from the white lower-jaw until the fluke. Sooo cool!!!

I enjoyed a big big lot!