A tale worth telling! 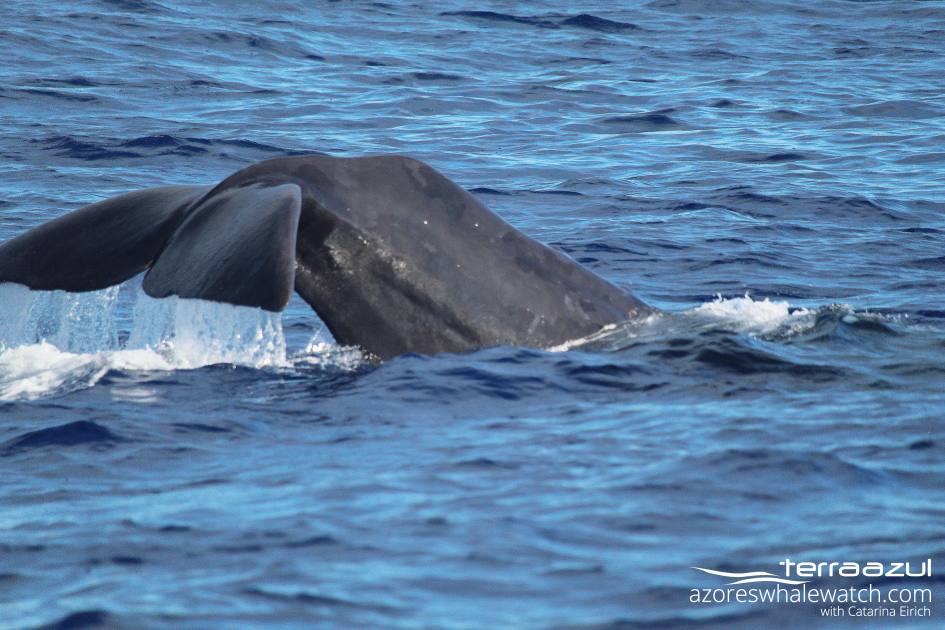 Today we had a blast on the ocean! After a few days with too strong winds and too high waves to go out, we were blessed to have super nice weather conditions for our tours! 🙂

In the beginning of the tour we saw a huge pod of Atlantic Spotted Dolphins (Stenella frontalis). They were widely spread and were having a feast together with Cory´s Shearwater (Calonectris borealis). The view was spectacular and we were very lucky to witness this majestic event. 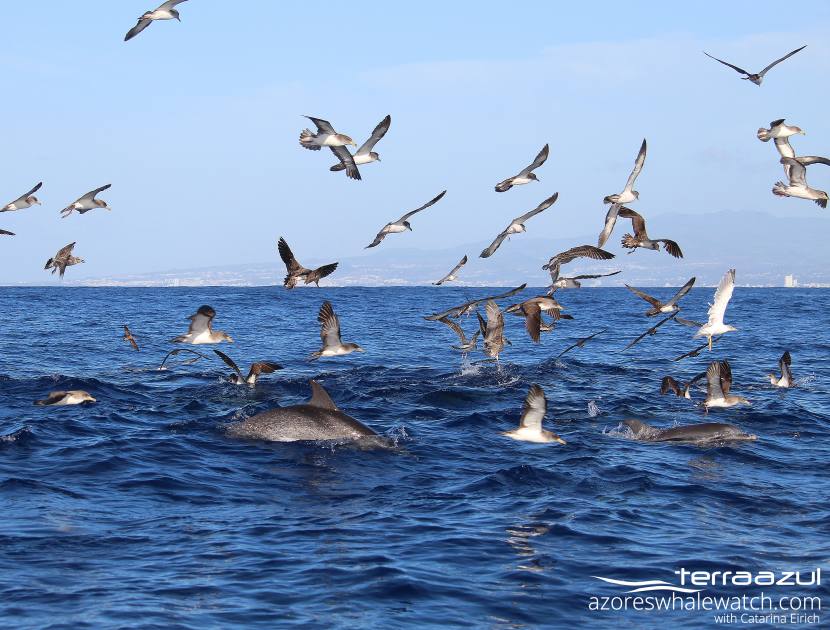 The Dolphins were surrounded by hundreds the Cory´s Shearwater, who were taking advantage of the situation and were trying to steal some fish. Every now and then the Spotties were approaching the boat, but still their main focus remained on their prey. The visibility through the water surface was so good today that we were even able to see the dolphins swimming trough the fishpod they were hunting – just next to our boat. Looked like an easy job for them 😉 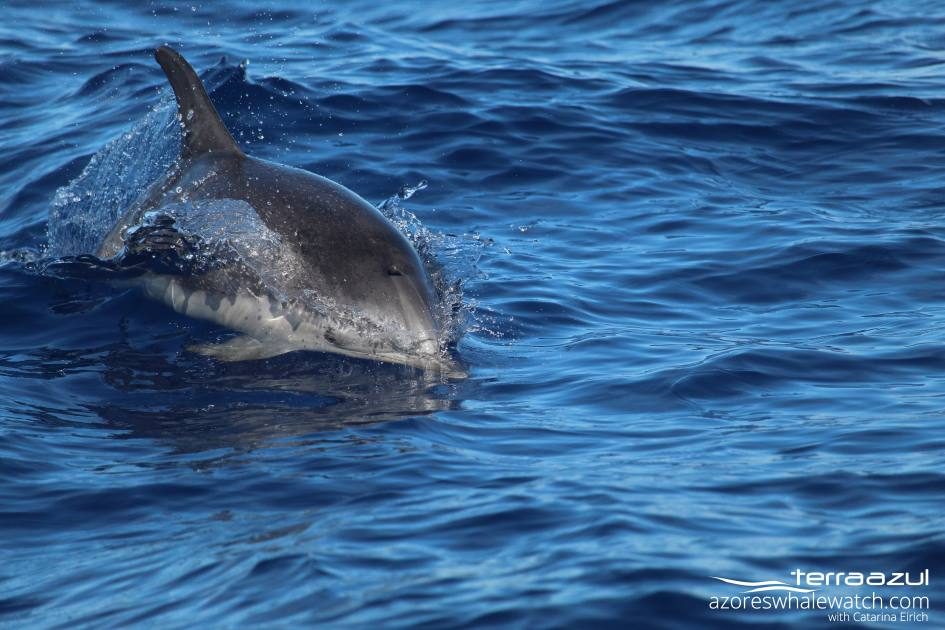 Afterwards we saw some Striped Dolphins (Stenella coeruleoalba). They were migrating so fast that we had a hard time in really observing them.

Soon, our lookout was spotting some Sperm Whales (Physeter macrocephalus) in front of Ponta Delgada, quite far away from us. Nevertheless, we decided to go there and it was definitely worth the ride! A big pod of around five whales was resting at the surface. Among them was a very small calf, probably only a few weeks old. One animal was breaching, something we don´t see very often 😀 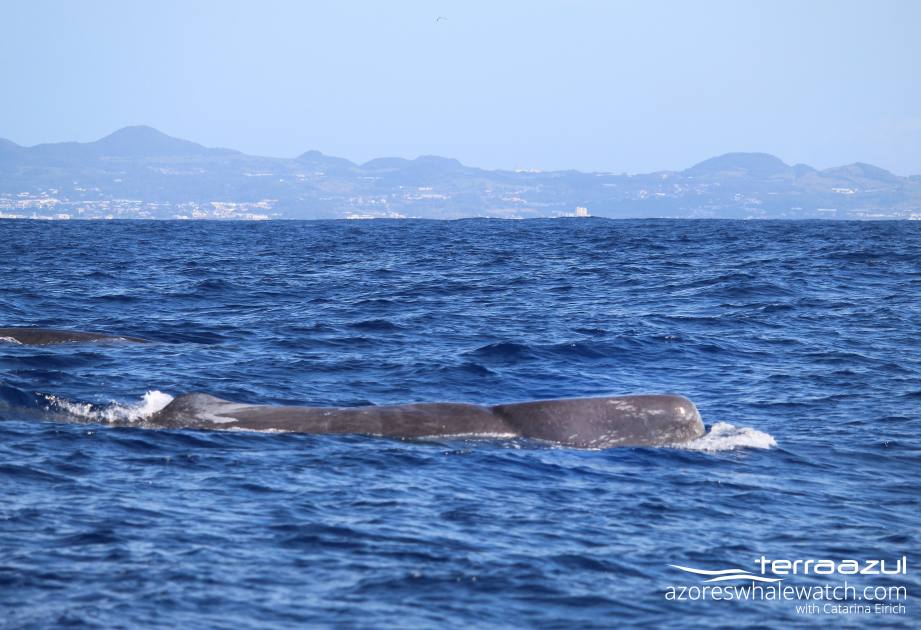 Pod of female Sperm Whales in front of Ponta Delgada

After some observation the whales said “Goodbye”, showing us their flukes and left us for a deep dive. In the afternoon tour we saw the Sperm Whale pod again and also Atlantic Spotted Dolphins 🙂