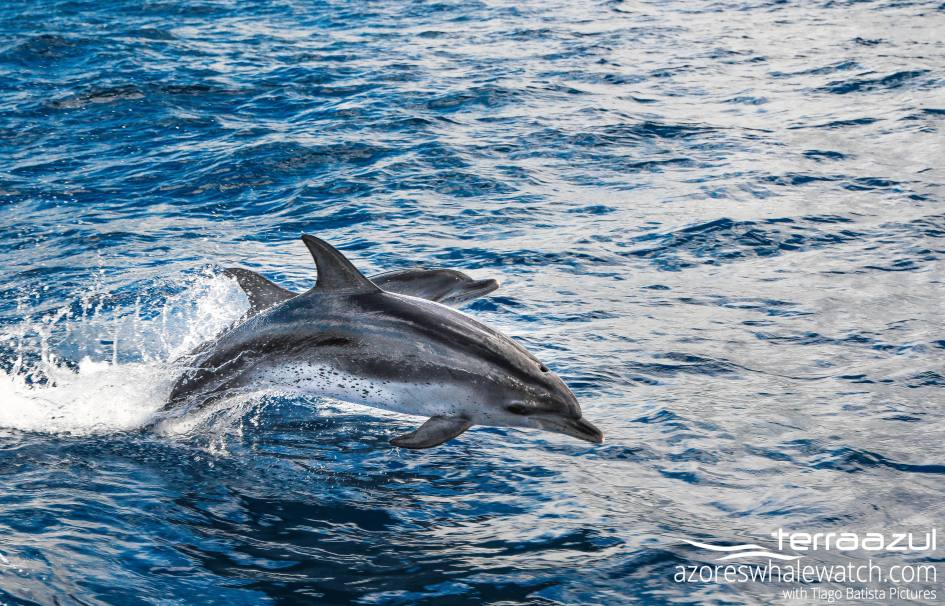 what a beauuutiful September morning today 😉 Autumn is just about to arrive, but here in São Miguel we still have quite warm temperatures due to the mild climate of the Azores.

In the beginning of our tour today we saw a big group of around 80 Common Dolphins (Delphinus delphis). They were very calm, some were approaching us and swam curiously around our boat. In between the group some Striped Dolphins (Stenella coeruleoalba) were hiding. 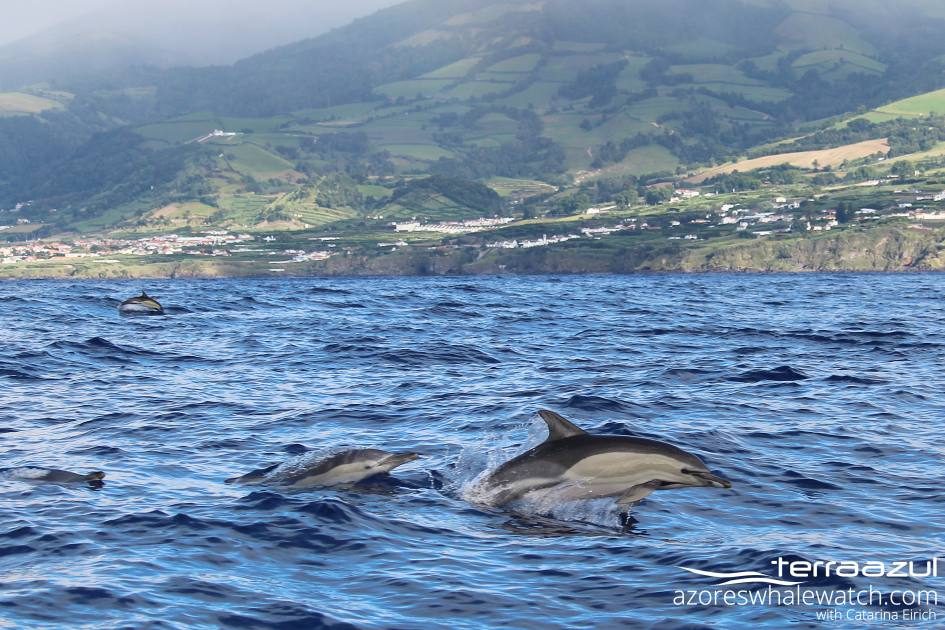 Common Dolphins (Delphinus delphis) in front of the coast

Soon we decided to move on, as our lookout was spotting a huuuuge pod of Atlantic Spotted Dolphins (Stenella frontalis) in some distance. 😀

It must have been a group of almost 1000 dolphins. They were widely spread all around and even far away you could still see some jumps and a lot of Cory´s Shearwater (Calonectris borealis) flying around. The birds were trying to catch some byfish, as the dolphins were starting to have a big feast. 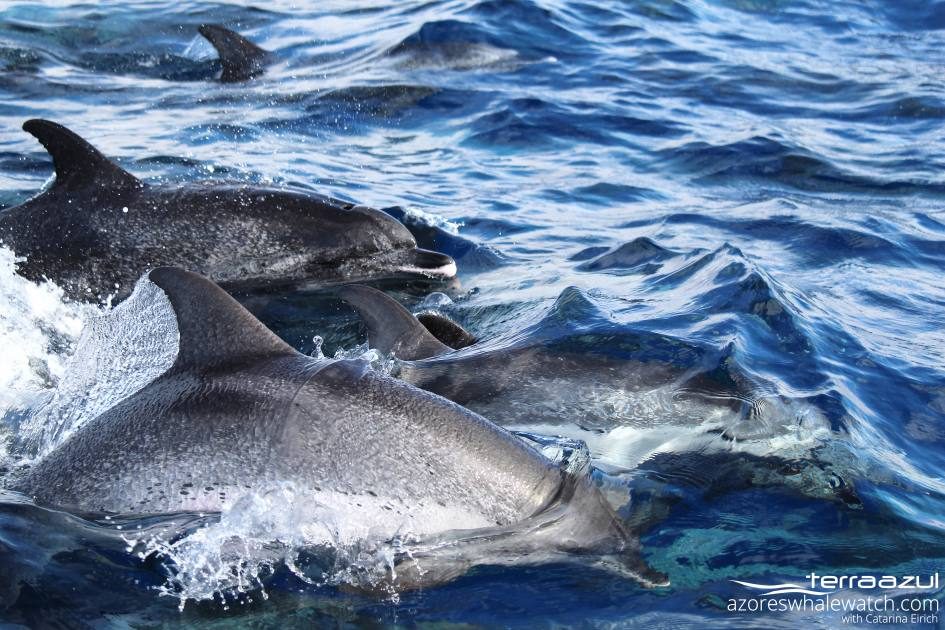 When we put the hydrophone in the water we were astonished to hear a chorus of quiking and buzzing. They were super close and making a lot of noise! We believe that maybe some of them were mating 😉 They like to reproduce in the warm Azorean waters, because their calves are born without the fat layer under the skin. They still need to develop the blubber like the adults to feel more comfortable in colder waters.