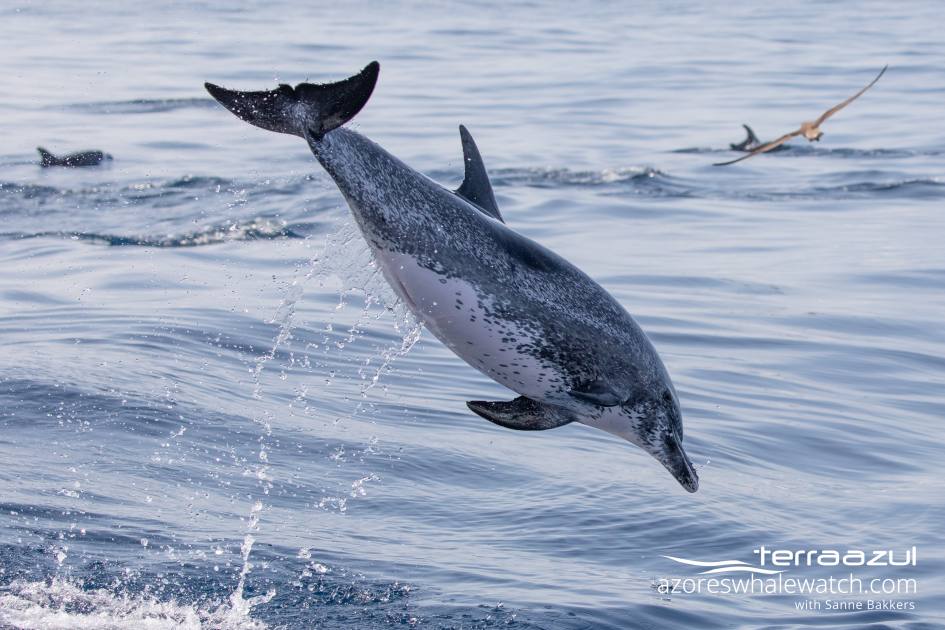 Lakes are usually so still that one can see their own reflection on the water, creating a mirror illusion.  Why is the blog referring  to a lake? Marine mammals do not live in lakes? You may ask yourselves.

Well you are absolutely right, marine mammals live in the Ocean and ocean waters are usually never “Lake like” quite the contrary, currents design the waves and the wind draws the direction of the water. Nevertheless today it felt like we were navigating on  butter along side the beautiful species of dolphins that we sighed in the morning.

Sanne our guide described in the most lovely manner each movement of the two gracious species that we saw: 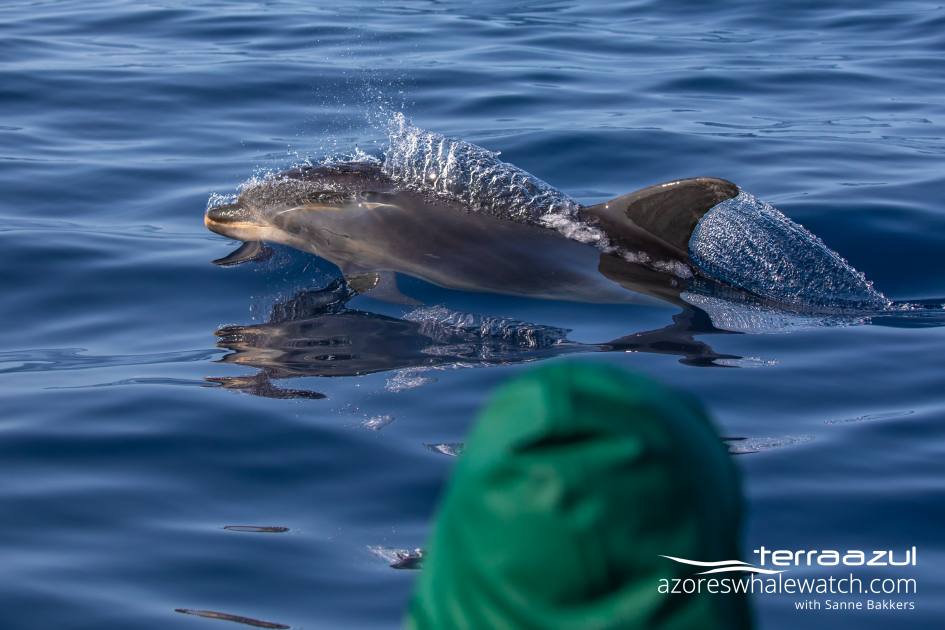 As usual these amazing animals belonging to the Oceanic population leave us breathless when one sees how big they can be. 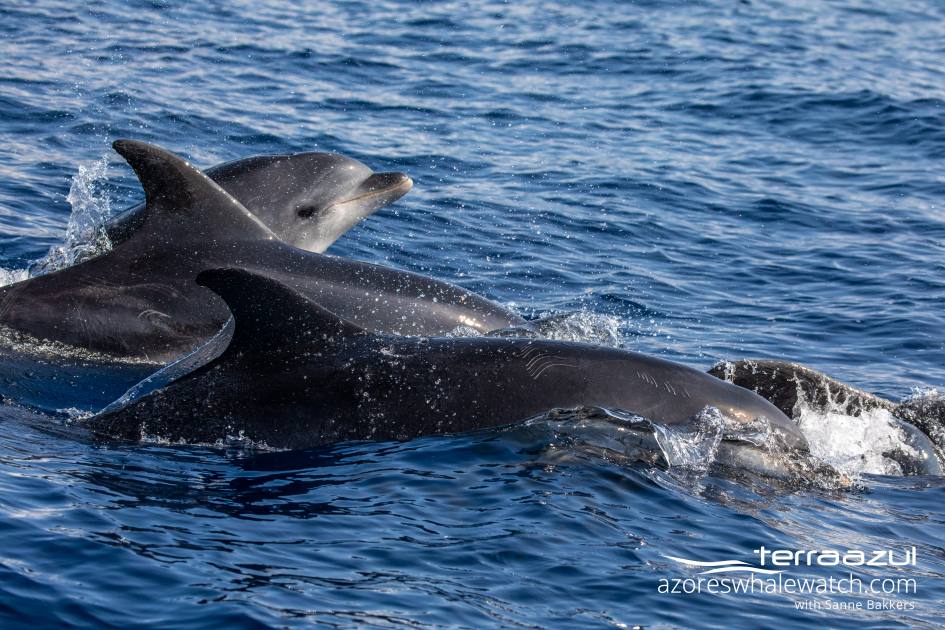 Bottlenose dolphin (Tursiops truncatus) belonging to the Oceanic population of the Azores. 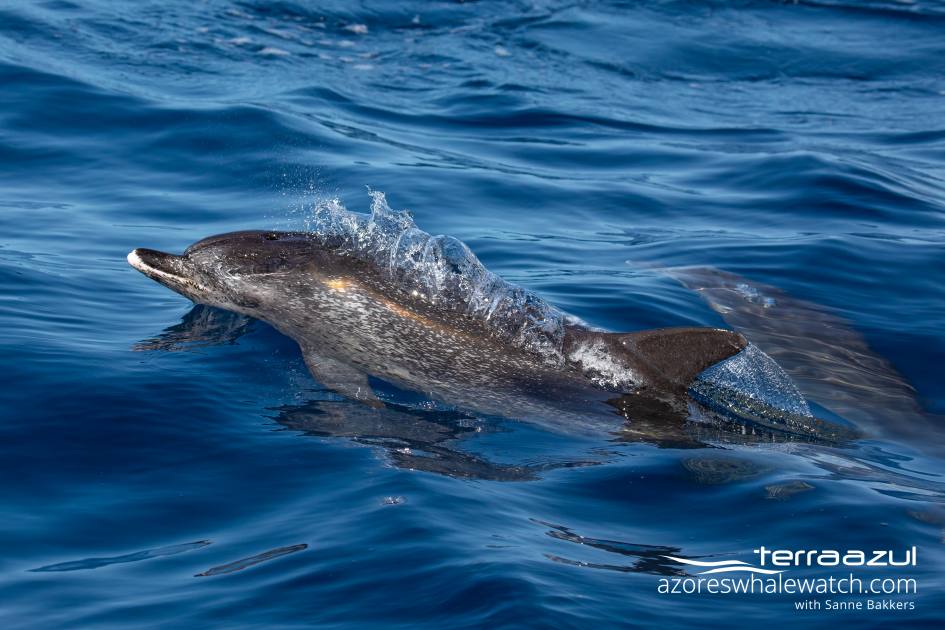 The pod of contained many juveniles and newborn babies leaping out of the water in order to mimic the adults like in this picture. 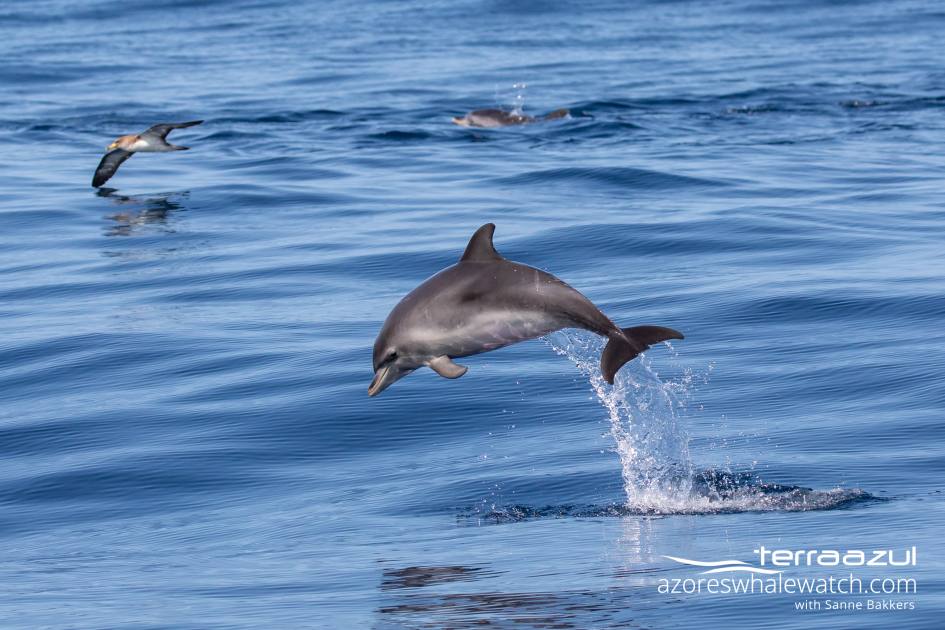 We can’t get over the fact of observing these creatures and how free they are in the wild. <3