Back to the Common 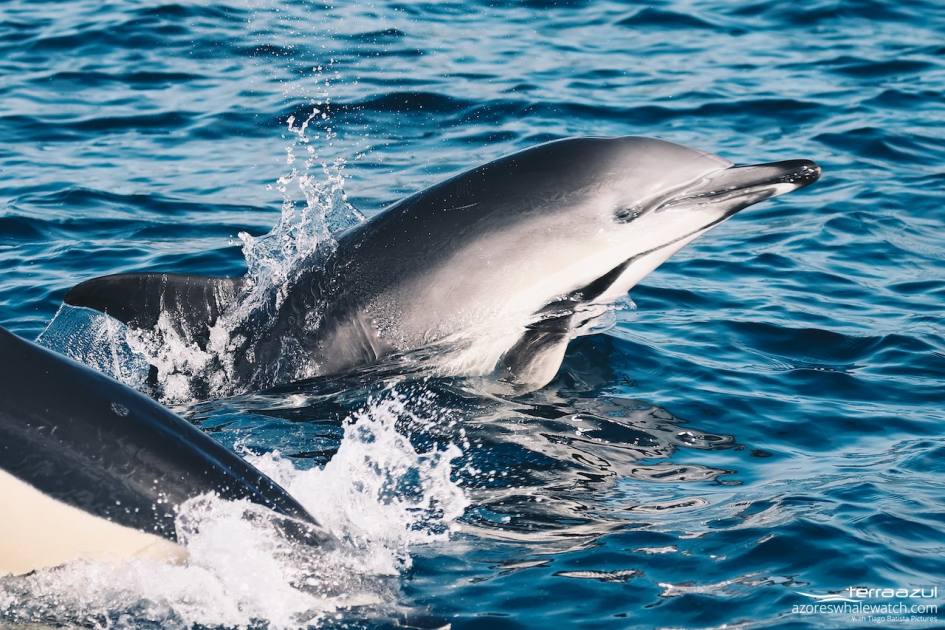 Today on the ocean we encountered two species that we are very familiar with: the largest toothed cetacean, the Sperm Whale (Physeter macrocephalus), and one of the most abundant species of dolphin in the world, the Common Dolphin (Delphinus delphis). These two species occur in the Azores archipelago year-round. From January to December.

The sperm whales were observed during the morning. Our guests witnessed two sperm whales joining together on the surface, followed by a spectacular “double flukes” moment. The more the merrier! Though sperm whales in the female family groups stay in relatively close proximity to each other as they move around, it’s believed that they feed independently. So it’s likely that despite being so close together and diving simultaneously, our two sperm whales still took their own foraging path, targeting different prey items.

Common dolphins adorned both our morning and afternoon tour. As the name suggests, common dolphins are one of the most widely distributed and abundant species on our planet. However, that is where the “common” ends, because these dolphins have one of the most beautiful pigmentation patterns of all dolphins. A striking hourglass pattern with a yellowish patch in the front. If you like to build your own hypotheses, this may be an interesting topic for you, because the function of their flamboyant markings isn’t clear!