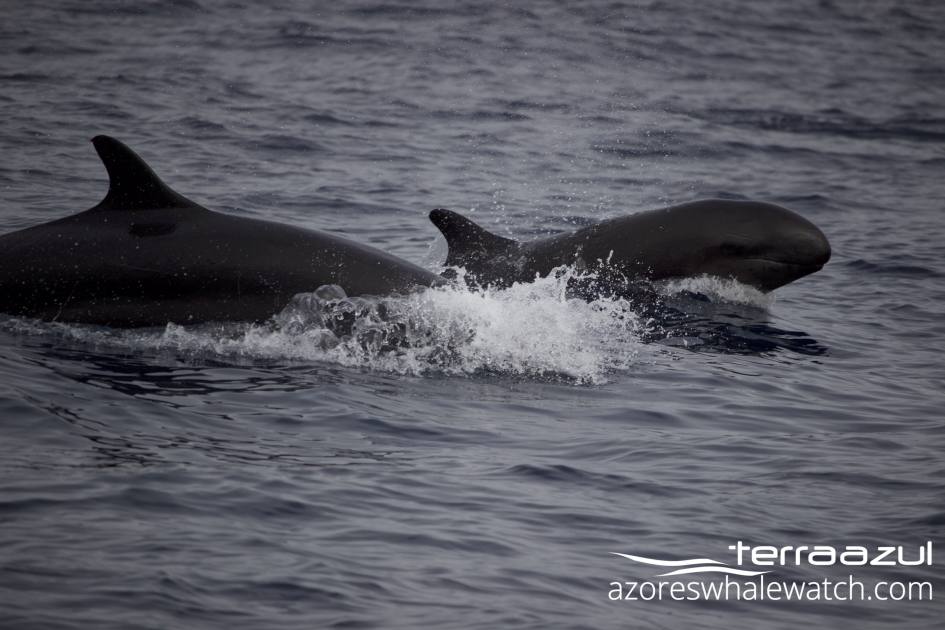 Excitement at the base when our Skipper transmitted the news that false killer whales (Pseudorca crassidens) where being sighted.

These amazing dolphins are impressive due to the coloration of the body and length. Their conical teeth make them even more imposing. Nevertheless these animals have been recorded socializing with other types of dolphins, like the Bottlenose dolphins (Tursiops truncatus).

We always get excited when out at sea but when we can sight animals that come to the Azores a few times a year it makes it even more special to be out at sea.

Before us finding the false killer whales, we sighted the playful Atlantic Spotted dolphins (Stenella frontalis) these migratory dolphins are still here and we could not be happier since these curious dolphins are truly something else!! 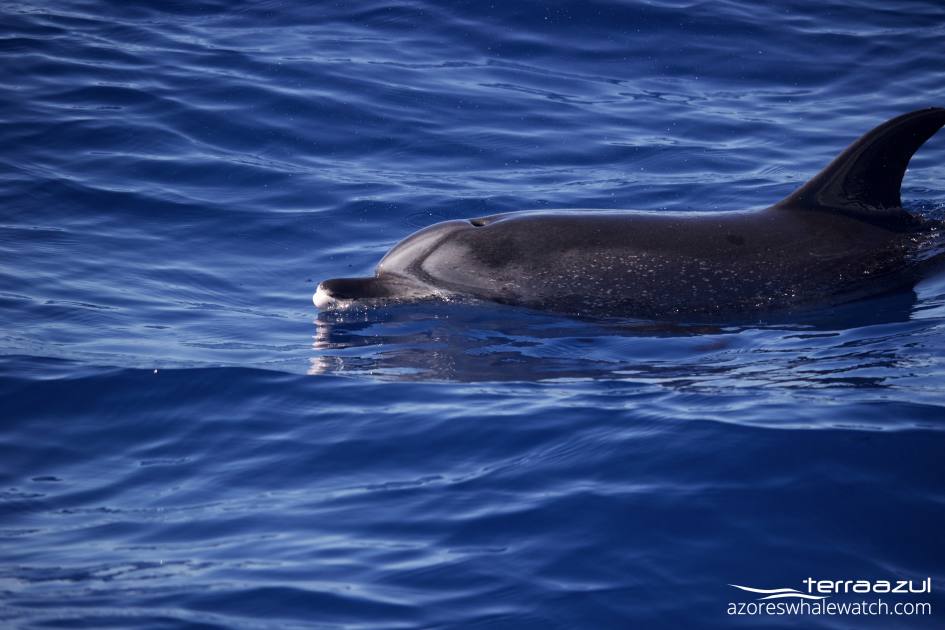 After leaving the dolphins and enjoying their leaps as we navigated to search for the two Sperm whales (Physeter macrocephalus) we arrived in the area and found two adults and one calf, how great is that! 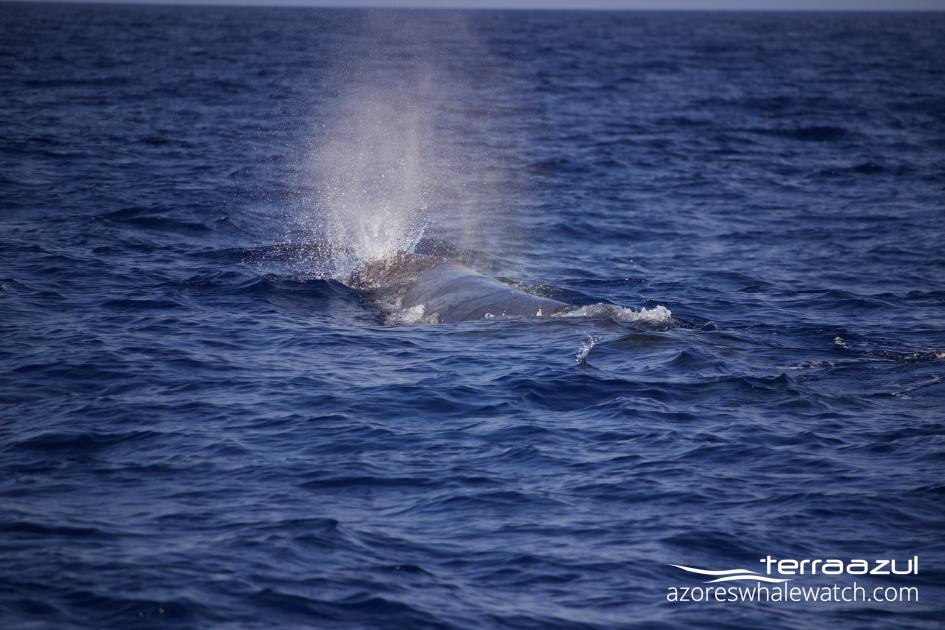 Blowing Sperm whale while resting at the surface.

The two ginormous animals submerged after a few minutes into the depths of the lightless ocean where lies their favourite snack. 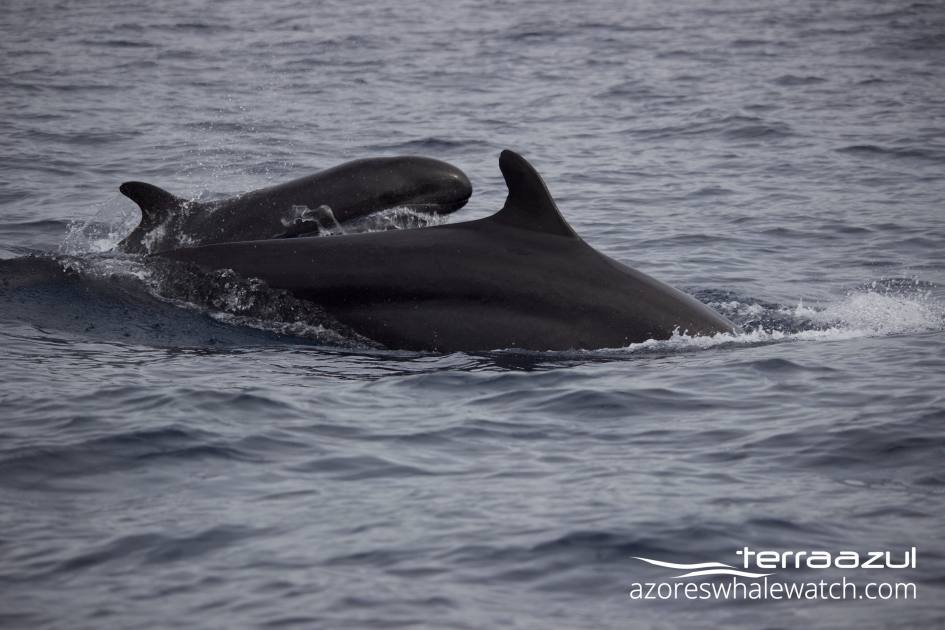 A mother and calf swimming alongside each other while swimming.

The animals where feeding on what appeared to be swordfish, they usually hunt in pods and are known even to share their meal. So not only seeing these animals is already pretty cool, but while hunting makes it even more exciting.

Our colleges on land where certainly happy and a bit jelly about what was going on out there in the Atlantic Ocean. =)