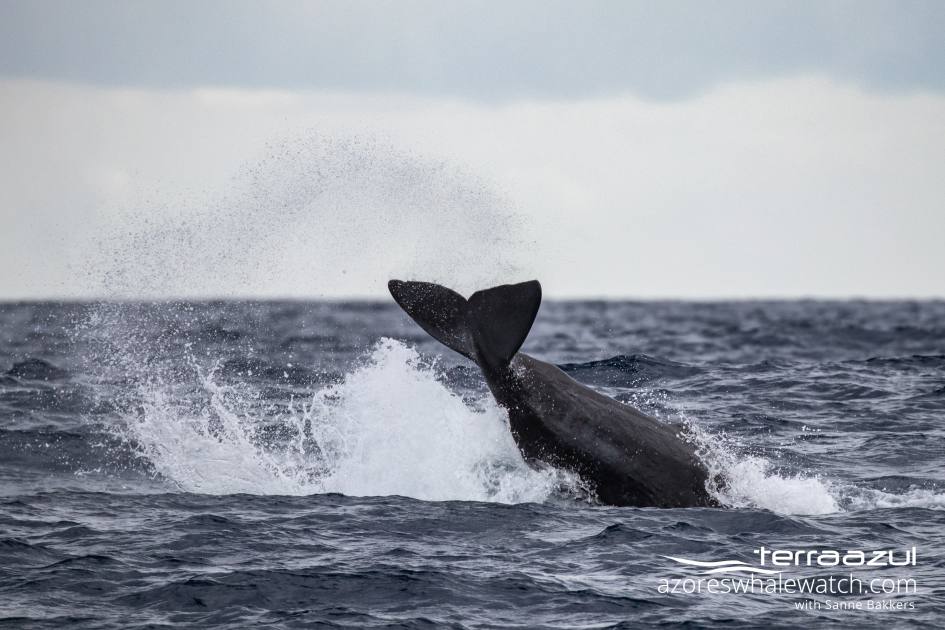 These past three days have been full of nice trips and encounters. After waiting and waiting for the stormy wavy weather to disappear, we could finally go out three days in a row on Wednesday, Thursday and Friday. And what a pleasure it was to be back at sea. We were already missing the ocean and the animals so much.

On Wednesday, we got a really nice sighting with our lovely Common Dolphins (Delphinus delphis). They were close to the islet which made it an even more interesting landscape and sighting. 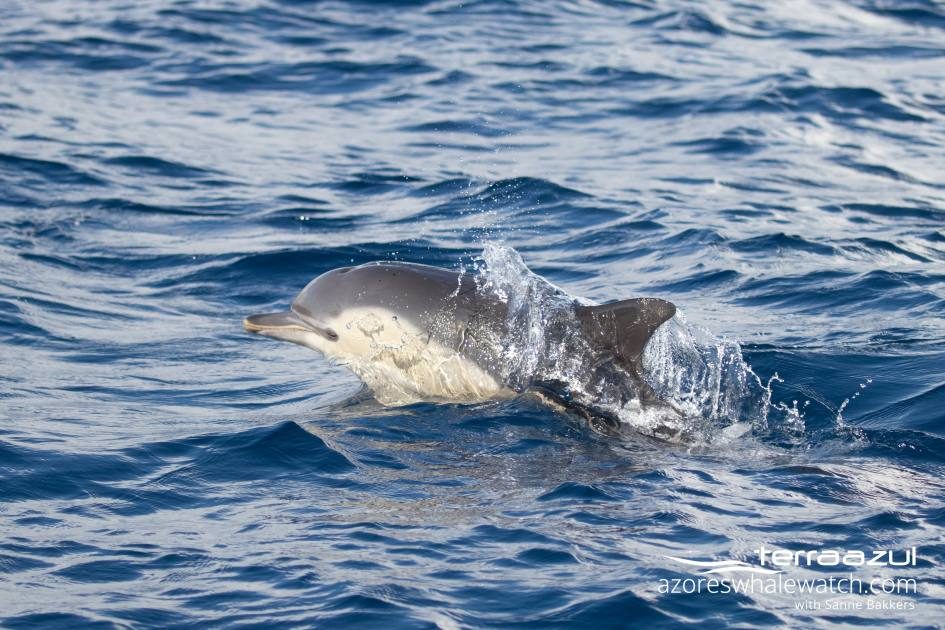 We continued by leaving the shore more and more in our back to go to another area where our vigia (lookout on land) spotted two bigger animals. A few different characteristics made us believe that one of them could have been a Fin Whale (Balaenoptera physalus). So we had probably a view of a Sei Whale (Balaeanoptera borealis) and an unconfirmed Fin Whale traveling together. 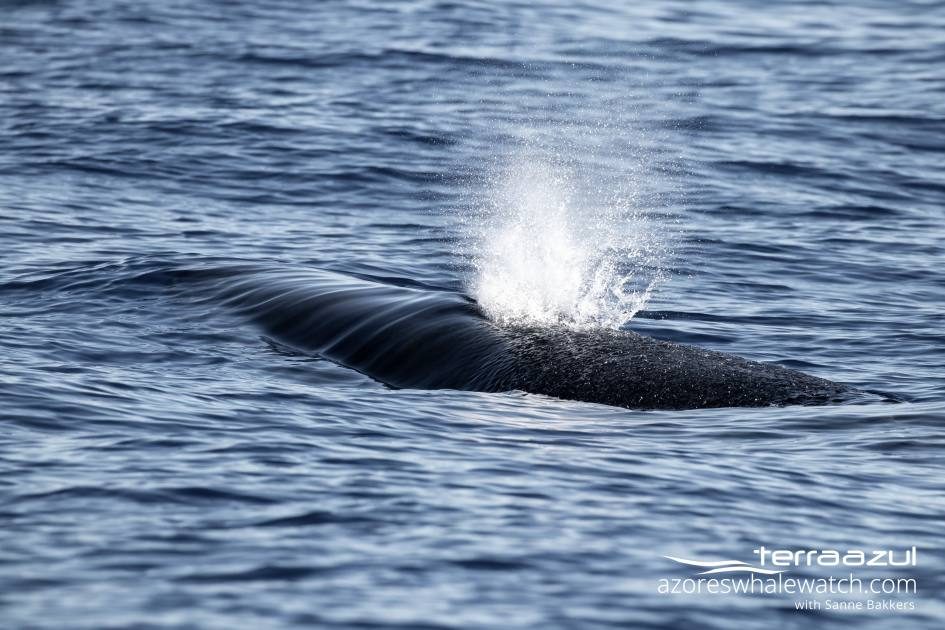 On Thursday, it was all about the Common Dolphins, as we came across two different pods. The first one was a smaller group with only adults involved. The second pod counted around 50 animals with adults, juveniles and calves slowly travelling and appearing from time to time near the boat to check us out. 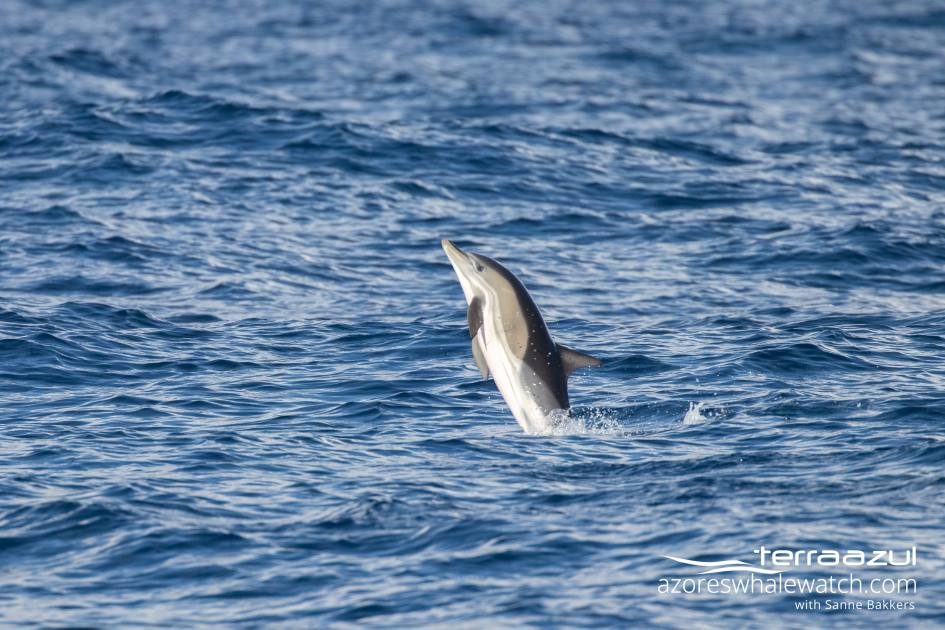 Common Dolphin (Delphinus delphis) jumping and splashing at the surface

And then, there was of course the amazing trip of yesterday. We started all soft and playful with a group of Common Dolphins. But the real highlight of the tour was the family pod of Sperm Whales (Physeter macrocephalus). We got to observe an adult female logging at the surface for a bit of time and then, suddenly, she prepared herself, arched her back, and went down into the deep-blue to search for some morning snacks. 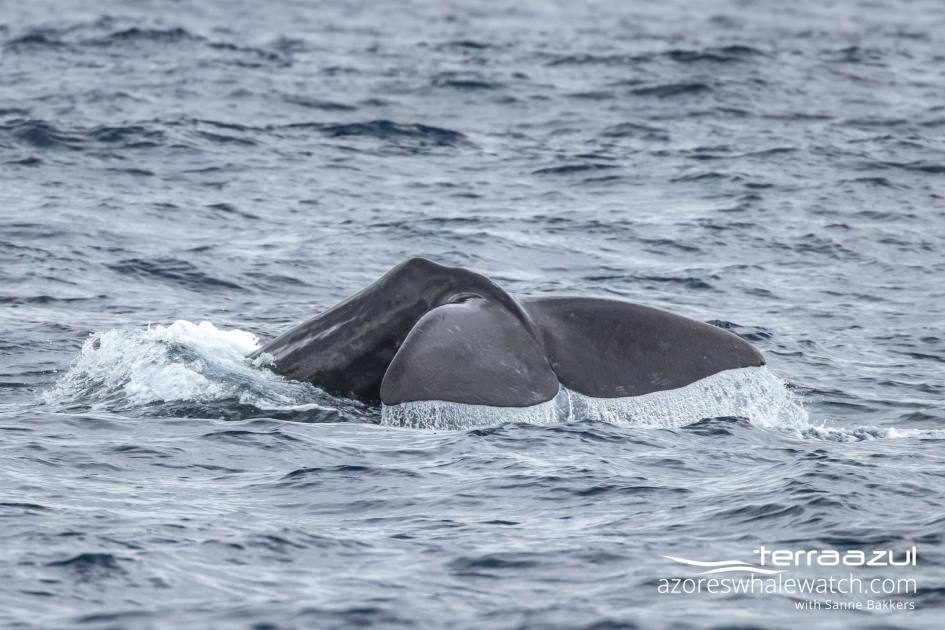 This got even one of our skipper very excited and the other boat could hear him enthusiastically cheering out loud.

We also watched two juveniles travelling at the surface and a mother accompanied by a little one. Ohhh and then, there was this funny crazy youngster leaping out of the water looking as gracious and light as a porpoise. And it actually continued splashing around again and again and again, this was so much fun to watch. 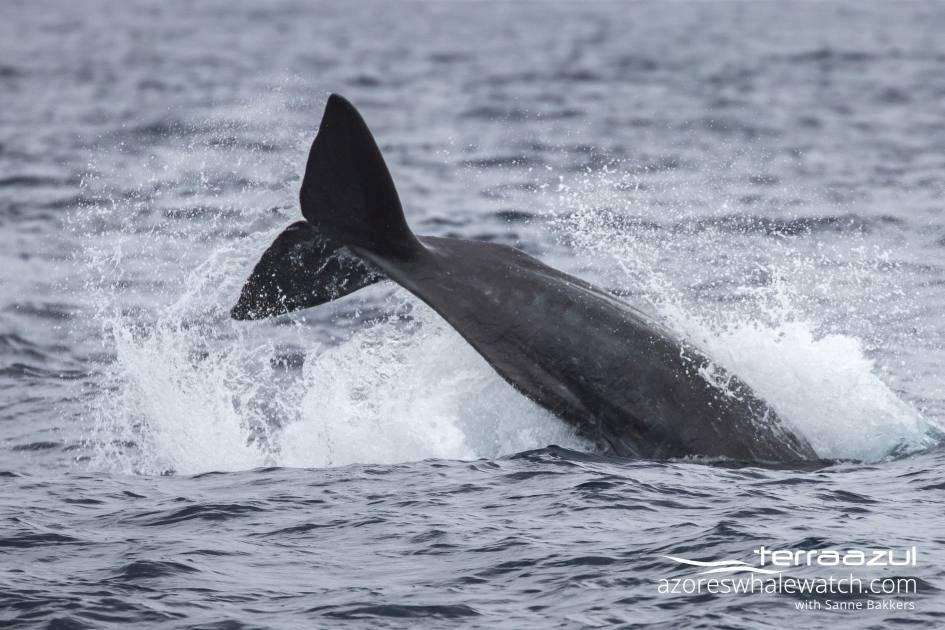 So let’s see what sightings the next few days and weeks of November will bring to us.