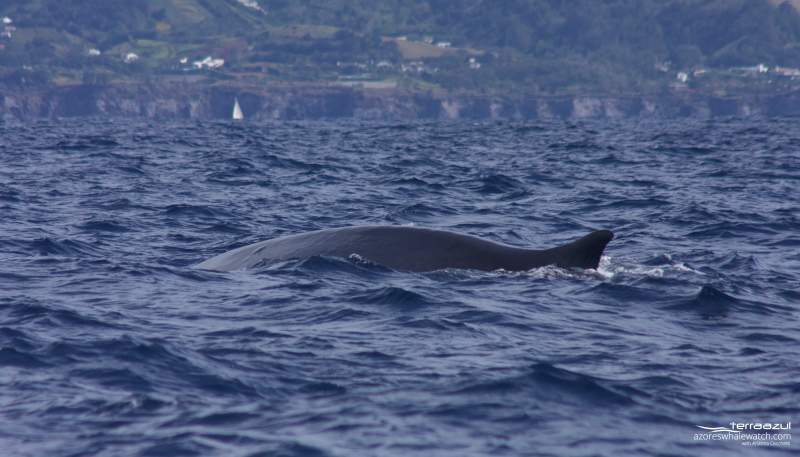 Even though the sun wasn’t showing up like the last days, we headed out to the ocean. Both boats were able to observe a solitary fin whale in two different areas. As it was diving before, it might be that it was feeding. An interesting fact: This whale was solitary in comparison to the pod of about 12 spread out fin whales yesterday. They are often seen in large feeding groups in the North Atlantic, but usually they tend to travel alone.

The lifespan of this species is about 80 to 90 years. Their sexual maturity occurs between 6 to 12 years old. Scientist confirmed their pregnancy lasts about 1 year. As you can imagine, it takes a long time to stabilize the population number as they were treatened in the past and still today in various places around the world. 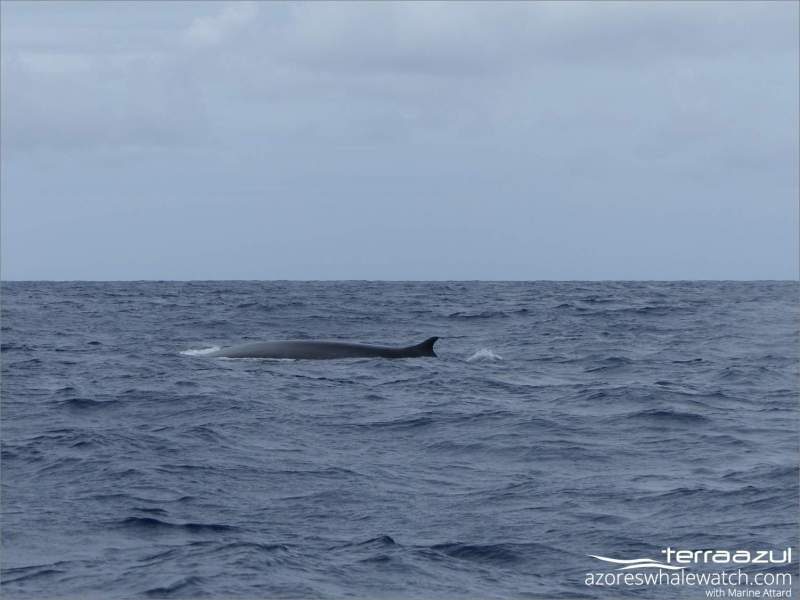 Here is a picture of our groups in the morning 🙂 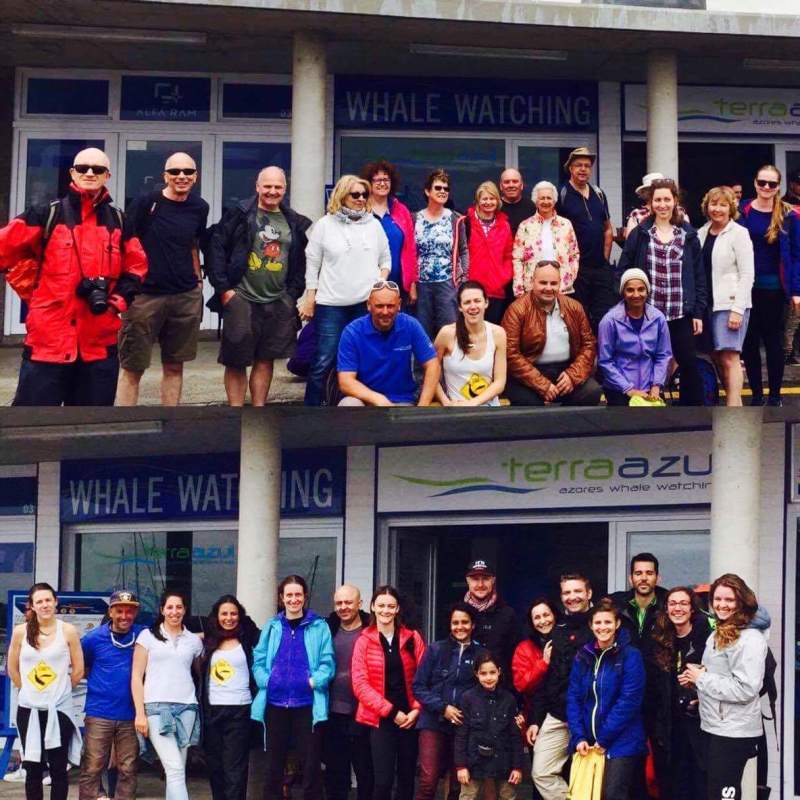