Whales and dolphins in a refreshing day! 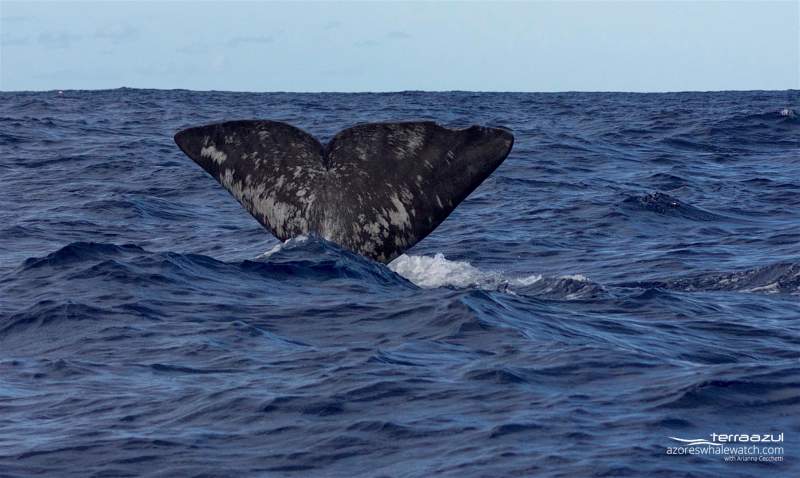 Today the day started in a very refreshing way with some waves and spray. However, it was still good to navigate and for Filipe to find the animals so off we went!

The first ones to show were the Common dolphins: a huge group was having some breakfast with the Cory’s Shearwaters. They were also feeling very playful and were jumping in the waves and playing with each other. 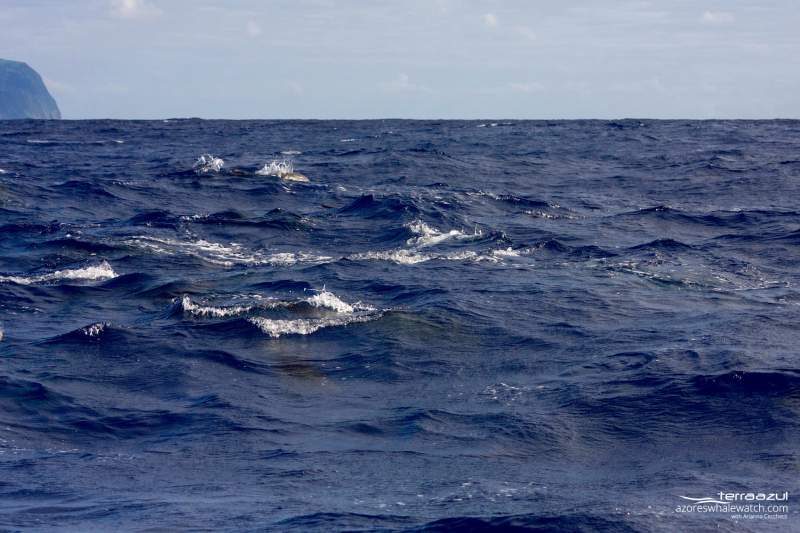 Common dolphins fast swimming below the surface. Who said it is easy to take pictures of dolphins?! 😉 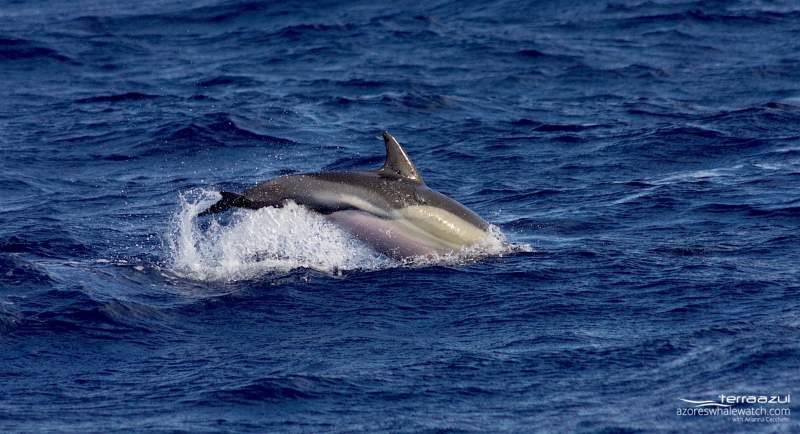 Two Sperm whales were also having their breakfast close by so we went to have a look! An adult and a juvenile staying at the surface resting for a while before diving again to go look for some yummy squid 😀 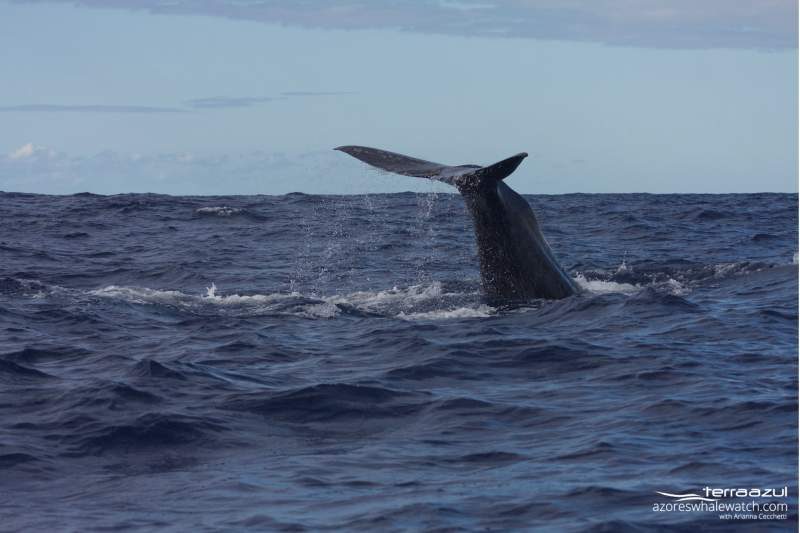 Sperm whale about to take a deep dive 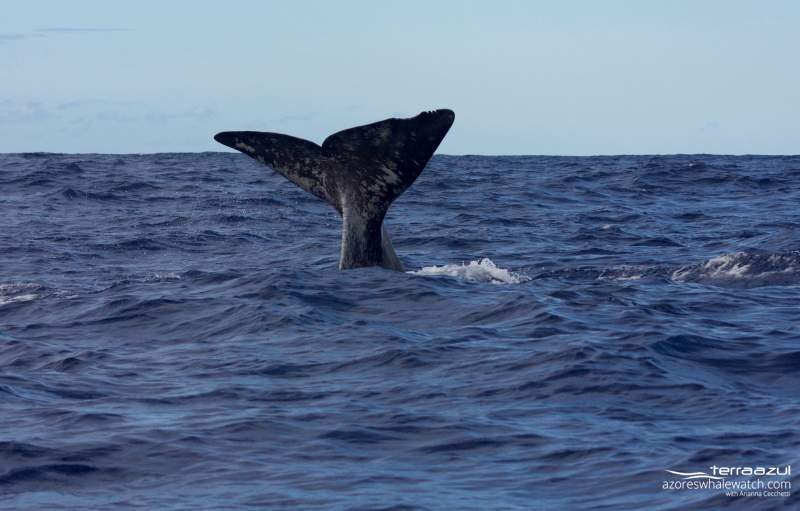 Finally, an amazing group of about 200 Atlantic Spotted dolphins was playing and socializing around our boats making everyone Ooooh and Aaaah in wonder! They were bow-riding, jumping and surfing the waves. 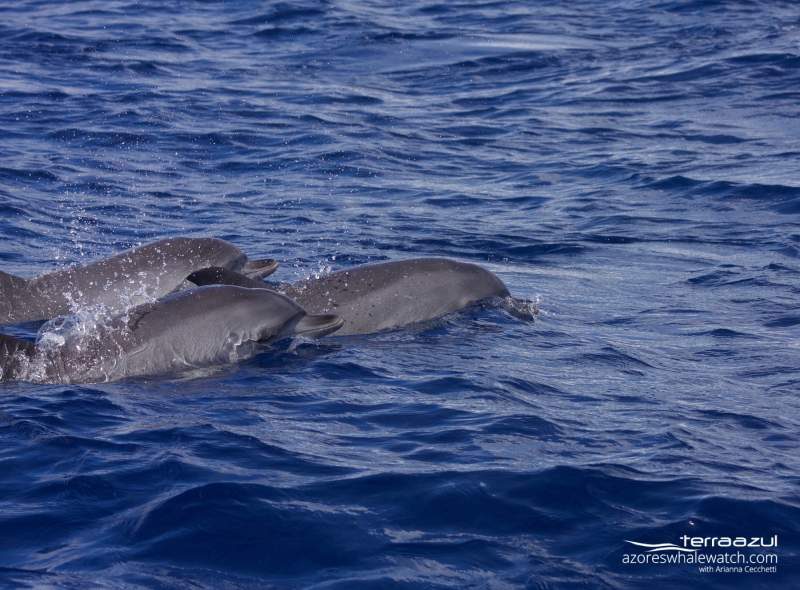 In the afternoon we encountered the same three species and likely some of the same individuals or at least of the Atlantic Spotted dolphins, which today decided to literally cover the ocean with their jumps 🙂 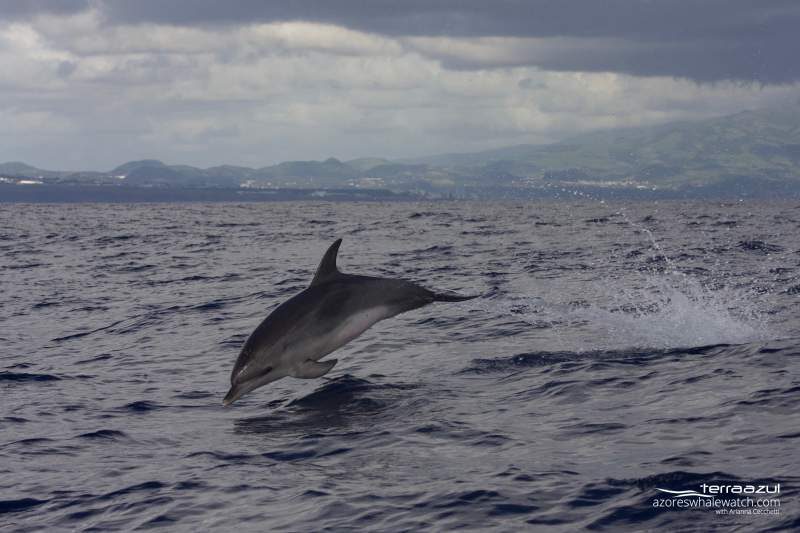 The Sperm whales in the meantime decided to get closer to the coast. We first met a young individual, which took a dive although the fluke was not completely visible so likely it wasn’t a real deep dive. The second encounter included a female, possibly a mother, with a newborn calf, really tiny compared to her!! but not that tiny after all considering they are born with 4 meters in length. The female eventually took a deep dive and the little one disappeared below the surface.