A wild show of dolphins! (and not in seaworld) 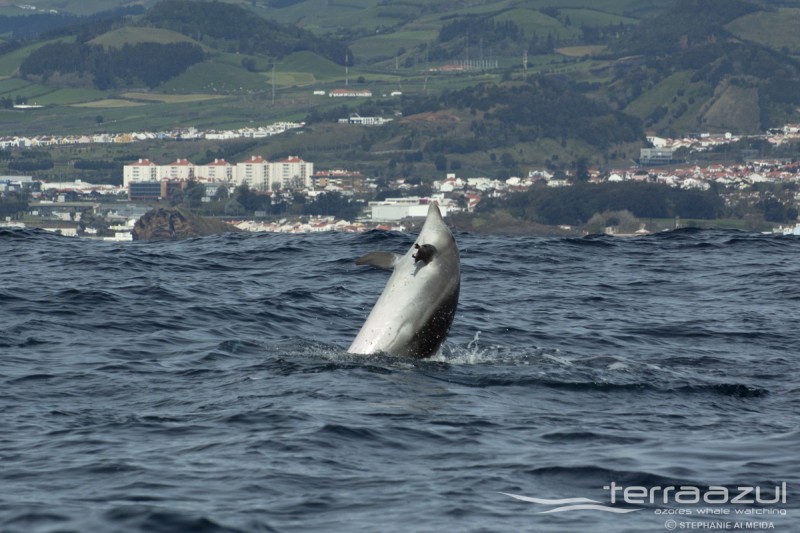 The dolphins today were on show! We met a nice group of bottlenose dolphins busy socializing, so the group was tight and most of them were in body contact. We could enjoy many high breaches, which when performed by a 3m dolphin weighting up to 600kg we can say that is a truly wild show 🙂

The spotted dolphins were also socializing, but in a more quiet way. The group was a nursery with lots of newborns, calves and juveniles. The youngest component of the group was also attempting to jump out of the water sometimes in a sweet but clumsy way… still quite a show 😉

Risso’s dolphins were mostly resting at the beginning of our encounter and then started to get more active, while the common dolphins were definitely in a hurry, likely chasing some fish as they were slicing the water in row formation with no stop.

The most calm of all was the large sperm whale which surfaced after a 50minutes dive. The whale instead of staying at the surface to recover from the prolonged dive and re-oxygenate its body, started performing shallow dives and displacing underwater. Since there were enough boats around it we decided to leave to don’t add further disturbance. 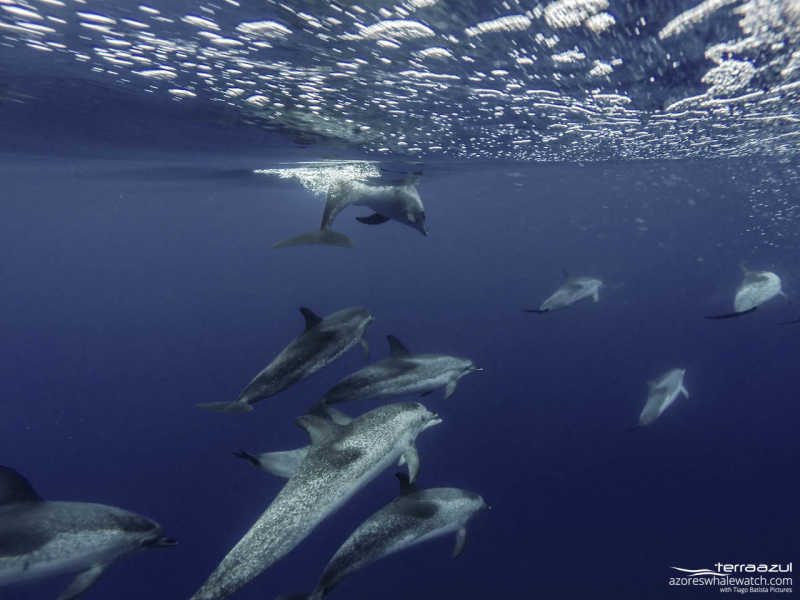 Atlantic spotted dolphin / Golfinho pintadoIn the afternoon we had such an amazing Swimming with Spotted dolphins. And this time it was really really fabulous, one to remember! People were entering the water in a perfect smooth way, almost without any ripples or sound. Like this, the dolphins came in just numbers towards the people. Even from far away the whole pod would approach just to greet the swimmers. Thanks everyone! 🙂 This is the perfect example of when you enter the water smoothly the animals will appreciate that and stay longer near you! Imagine you are observing a bear in the forest….you would not run towards it and make a lot of noise right? You would move as less as possible and respect the animal so maybe he would stay to observe you too 🙂

We also spotted a sleepy turtle today! as soon as it woke up and raised its head, it disappeared into the blue 😀 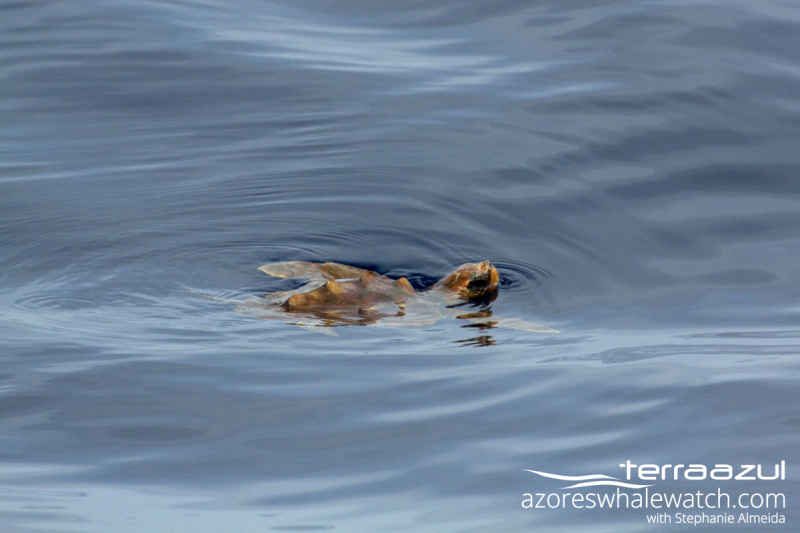