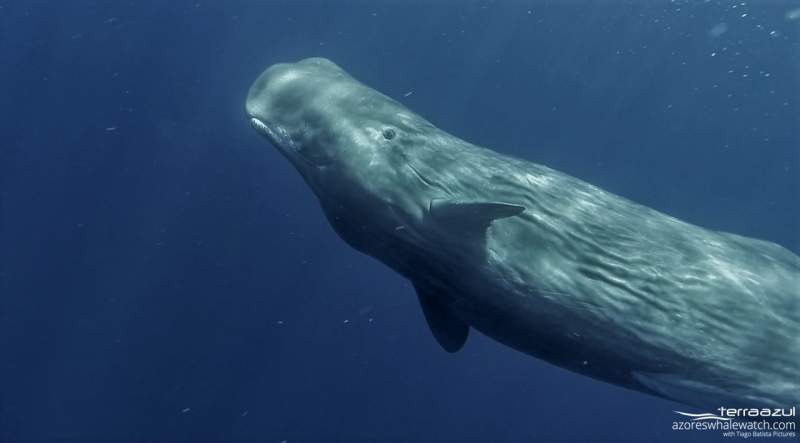 In the month of July we saw 10 different species of cetaceans plus the loggerhead turtle. It has been a good month also in terms of sea state conditions, with calm seas during several days in a row. 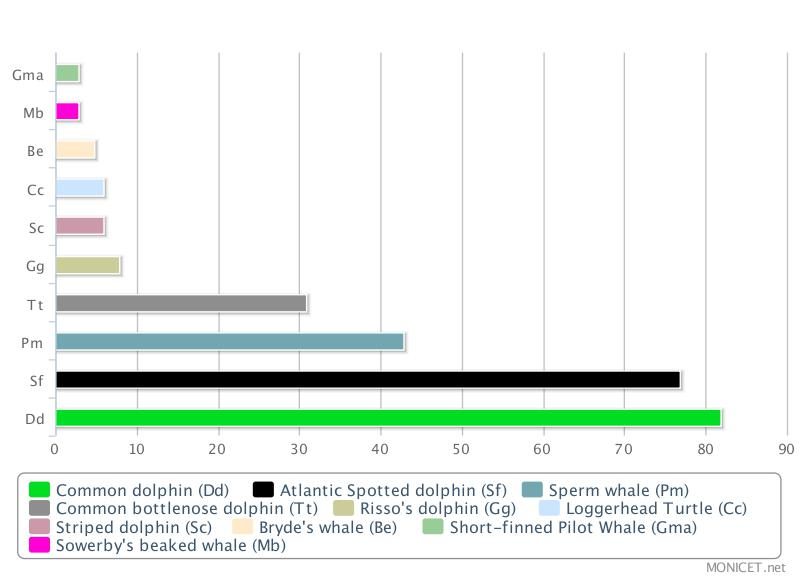 Species frequency for the month of July (source www.monicet.net) 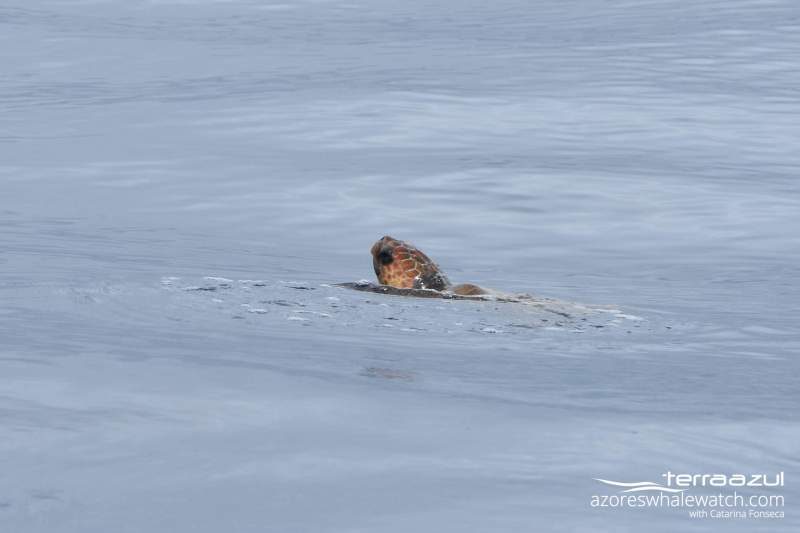 Among dolphins the species most frequently seen were the common dolphins followed by the Atlantic spotted dolphins: 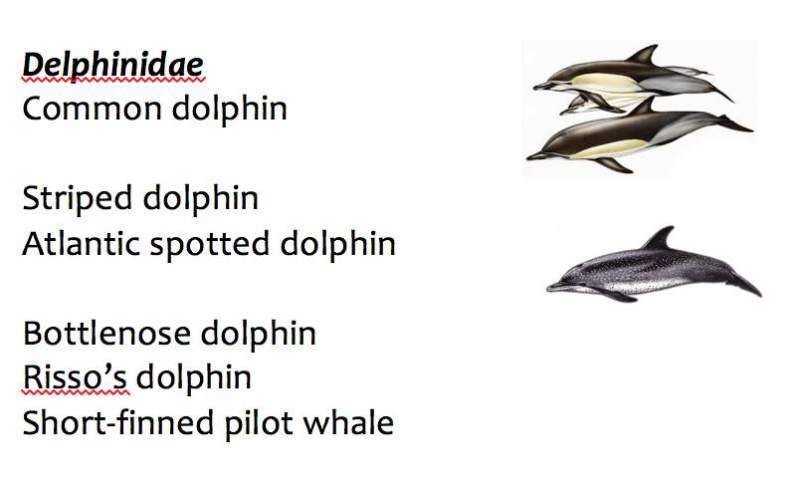 Among deep water species we saw:

Within the baleen whales we saw:

The highlights of the month were the active sperm whales and the rare Bryde’s whale.

sperm whales were observed jumping, rolling sideway and spy-hopping. We had amazing encounters with up to nine socializing individuals, solitary large males showing their massive flukes and inquisitive individuals approaching the boats several times. A particular encounter was without a doubt very special with a juvenile staying belly up just below the surface and moving slowly around the boat and between boats, often positioning not too far from the idle engine. The very slow movements which were recorded with an underwater camera suggested the wale could be possibly resting, however considering that not too far from it there were other socializing individuals and that the lookout saw breaches before the boat got there, may also suggest the whale was awake and was simply curious so as to approach the boat and hanging around it.  Interpreting cetaceans behaviour is often a challenge, as we still know so little. 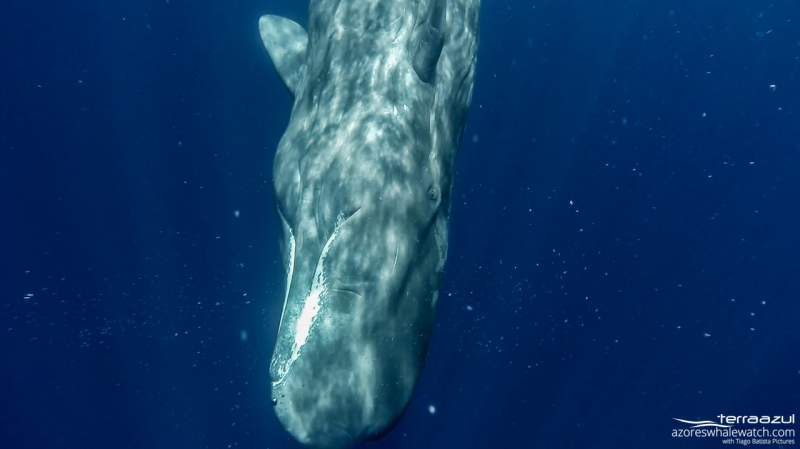 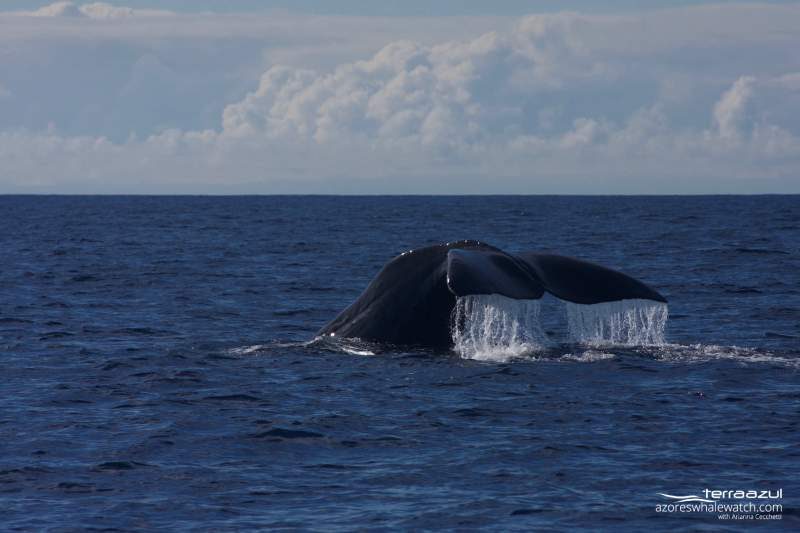 The Bryde’s whale was seen for the first time this year after several years. The last time seen was in 2013. However, considering that Bryde’s whales can be easily misidentified and confused with sei whales, we cannot exclude that other sightings may have occurred previous years, but couldn’t be confirmed as this species. A straightforward way to tell them apart would be to check the head and the presence of either three (Bryde’s whale) or only one ridge (sei whale). 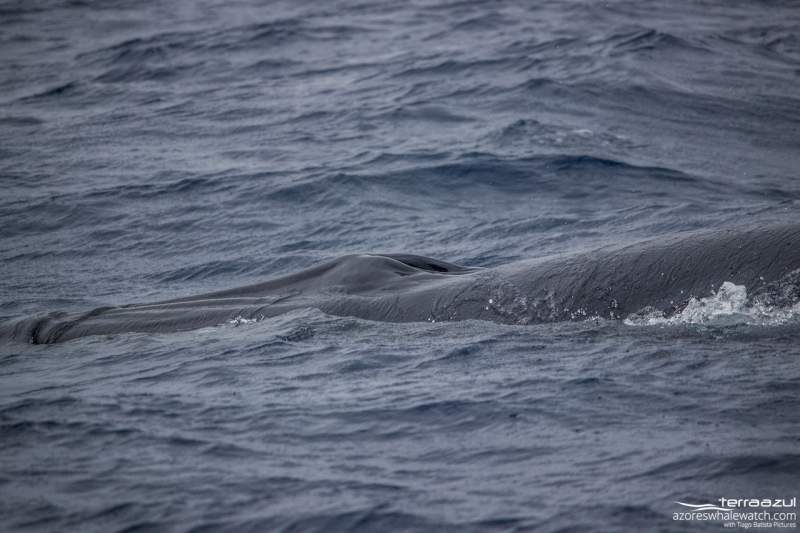 We are now enjoying the sightings of this current month of August. Looking forward for a final summary of all encounters 🙂