The New Year in numbers and facts. Well, definitely we did not have many tours this past month, due to sea state conditions. As much as we love the ocean we don’t want to experience it in not safe conditions, better to watch and enjoy it from distance 😉 So the first two weeks of strong winds and rain were not recommendable, but luckily we also had good days!

Interestingly we had most of the days with either just dolphins or just whales and the protagonist were common dolphins, Risso’s dolphins and sperm whales. The last tour, on the 29th we had both dolphins and whales. At this time of the year we still see mixed group of dolphins with adults, juveniles and calves, although the number of calves is definitely lower than that observed in late spring and summer. Groups were also found engaging in different activity states, with socializing being the most frequent as evidenced by their consistent body interactions and vocalizations used to communicate.

We include here a short example of common dolphins vocalisations recorded during one of our tours.

Our last tour with sperm whales included a young individual which had a whale louse on its forehead. It was possible to see it only after zooming the picture taken during that tour. The relation between whales and lice is called commensalism, meaning one of the parties, in this case the lice, take advantage while the other, the whales, are not harmed. Lice are small crustaceans that have evolved in a way that they can attached themselves onto the skin of whales feeding off dead tissues and other parasites. In sperm whales there is a sex specificity, where certain species of lice can be found only on adult males, while others on females and young individuals! 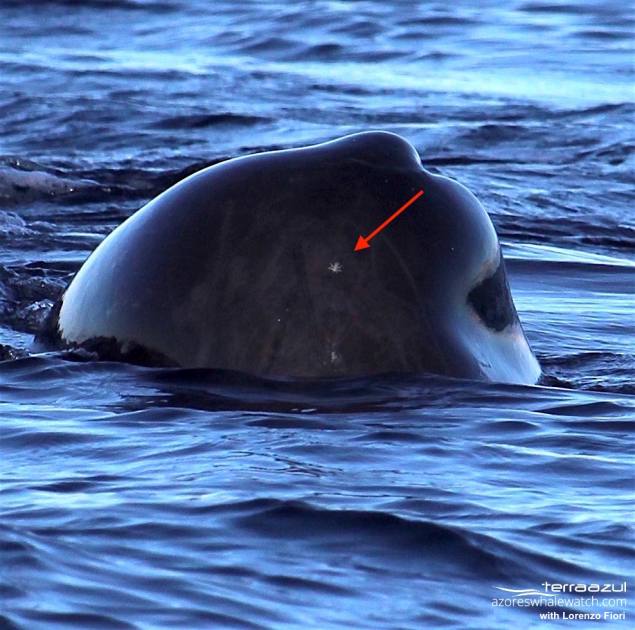 What February will bring? Looking forward to discover it! 😉