Blue Azores has finally been presented…and not disappointing!

Blue Azores documentary has finally being aired for the first time (watch the trailer above). It has been produced during two scientific expeditions conducted in 2016 and 2018 in the Azores Archipelago and its quality is undisputable, thanks to National Geographic Pristine Seas team. However, the message is way more important than the appearance.

Ambitious plans need ambitious people to be realized. The plan to declare 15% of Azores Exclusive Economic Zone (EEZ) a fully protected marine reserve is definitely an ambitious one, especially in terms of enforcement. Oceano Azul Foundation, Waitt Institute, and, of course, the Azores regional government are behind this plan. Time will say if their ambition is up to such a challenging project but for the moment we, as people and as a company, can only keep encouraging and sustaining their effort. 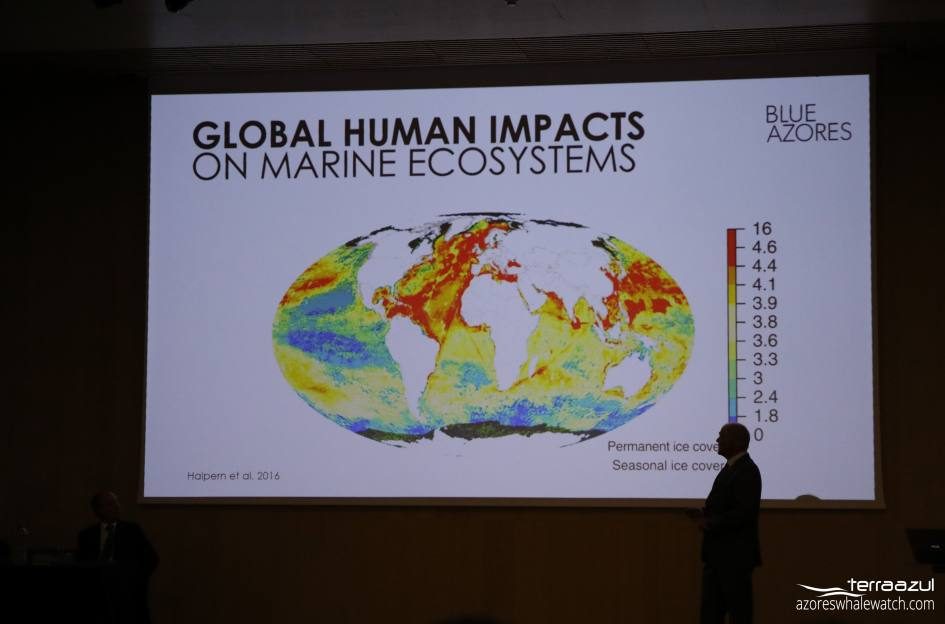 Dr Alan Friedlander from Hawaii University illustrates the state of our Oceans in terms of human impact.

Our Oceans had definitely better times. National Geographic Pristine Seas team and Dr Alan Friedlander are putting a lot of effort into documenting how the few remaining wild spots of Ocean look like. It is almost a picture from the past, a picture that shows how the Ocean should look like, a picture that could become reality also outside of that tiny 13% of Ocean where our impact is at its lowest. A dream, maybe, but we know Oceans have a tremendous regeneration ability, lets just give them the chance!