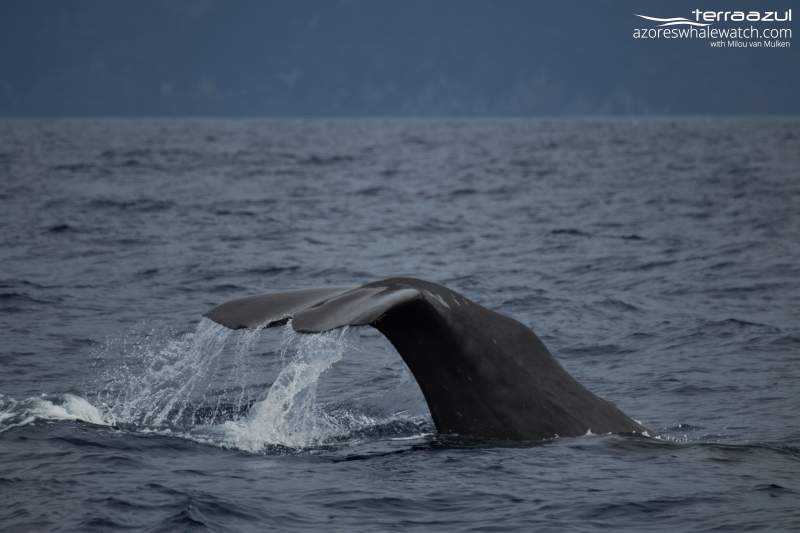 Today the end of summer is a bit in the air, as it was cooler at sea. Nevertheless we still expect some really warm days coming up! At first we found a huge and ever so active group of Atlantic Spotted dolphins. You probably already know that they are the king’s of performance, as they migrate around the North and South Atlantic ocean throughout their life. So, their bodies are flexible and built for high speeds. We also swam with this species 2 times today! 🙂

Then we found a very much contrasting species – the Common dolphins. They were very calm, but some curious ones approached our boat.

Almost near the end of our tour we got news of some Sperm whales in the area, and so we went for it!! 2 females with 1 juvenile appeared, and at least 1 more animal was blowing a bit further away. 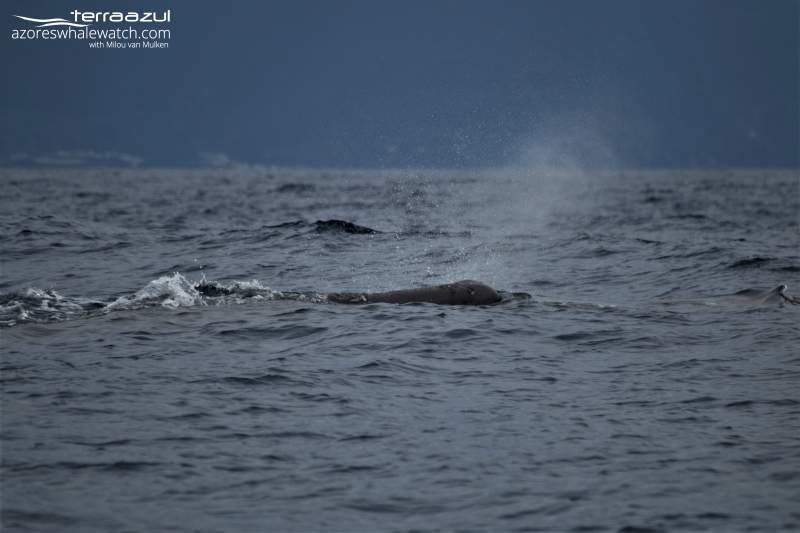