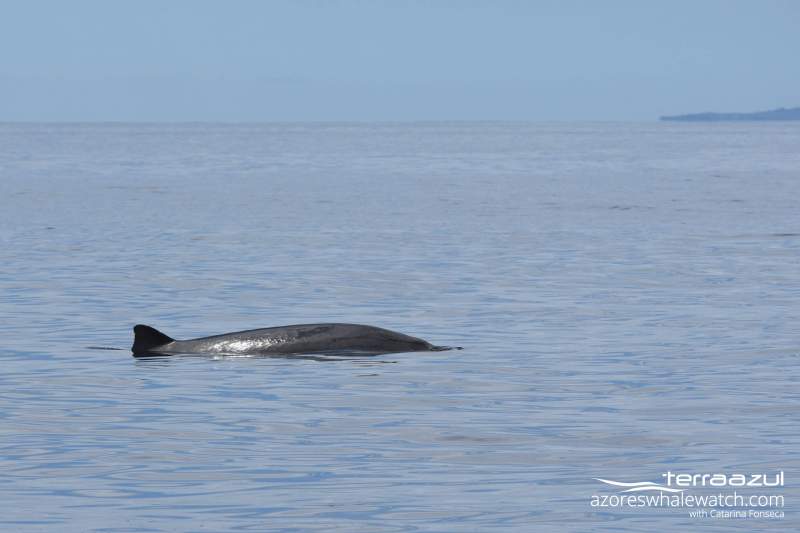 Today we were blessed to see whales and dolphins with a total of 7 species observed throughout the day 🙂 Also some turtles and many birds! But let move on to the details 🙂

For the dolphins, the Atlantic Spotted dolphins showed us amazing jumps. Unbelievable, how high they are able to jump and some juveniles wanted to show us their ability! So they did – at least six jumps reached a height of six meters. As the sea was very calm and the visibility was amazing, we could see them really well when the dolphins were swimming close to our boat. 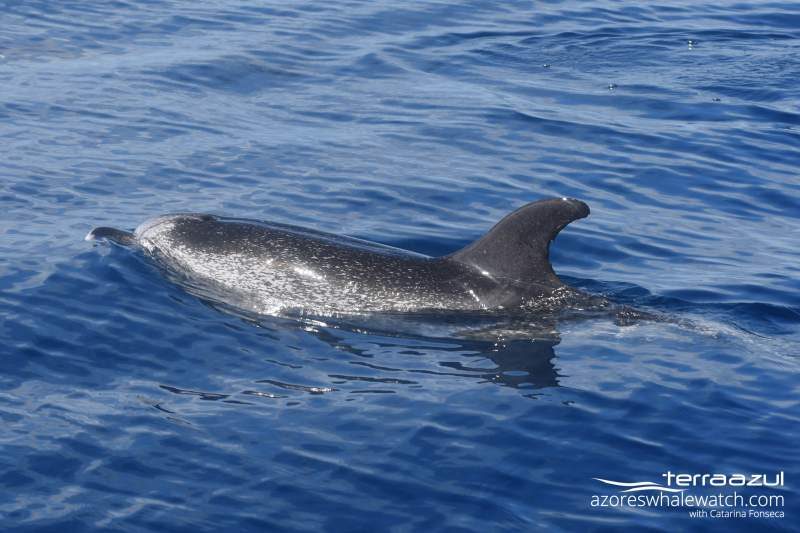 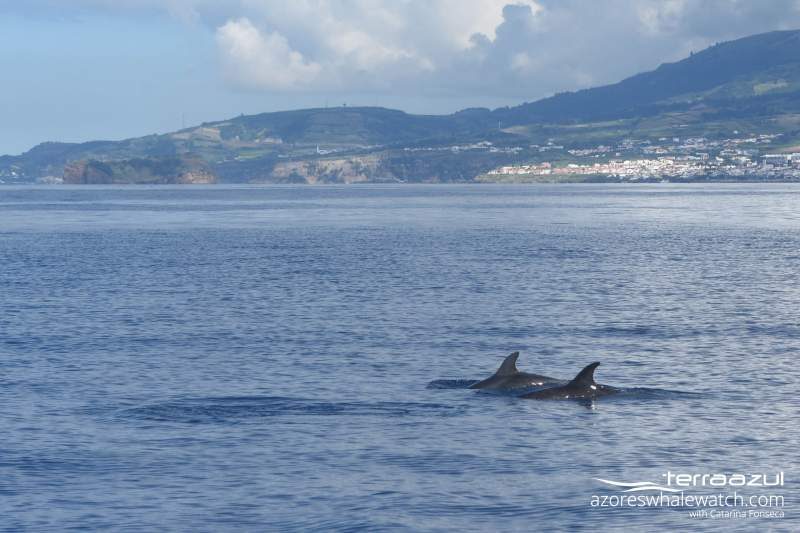 The Common dolphins seemed to feel as calm as the sea today. The whole time we spent with them, they were swimming very slowly and coming to check out the boat. We could even see the mothers nursing their little babies 😀 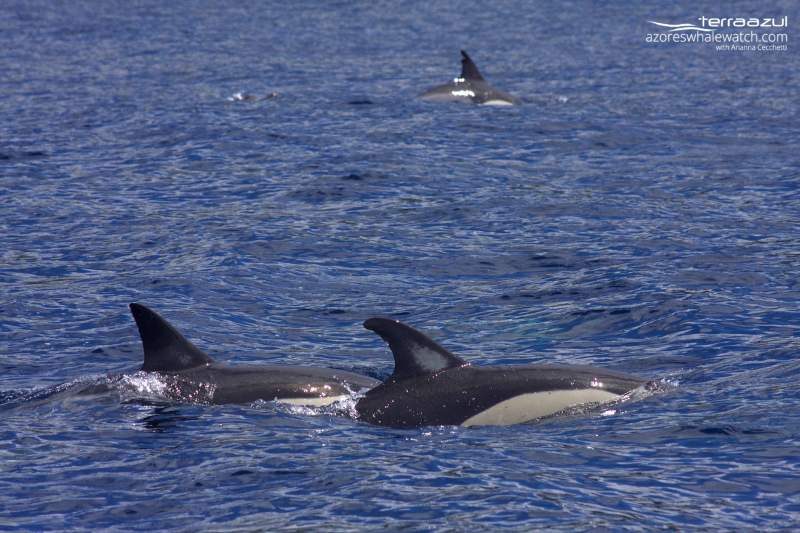 Today we could also count on the resident Bottlenose dolphins. A huge group that we meet frequently kept us company for quite a while. They were very spread out taking control of a large portion of coastline. 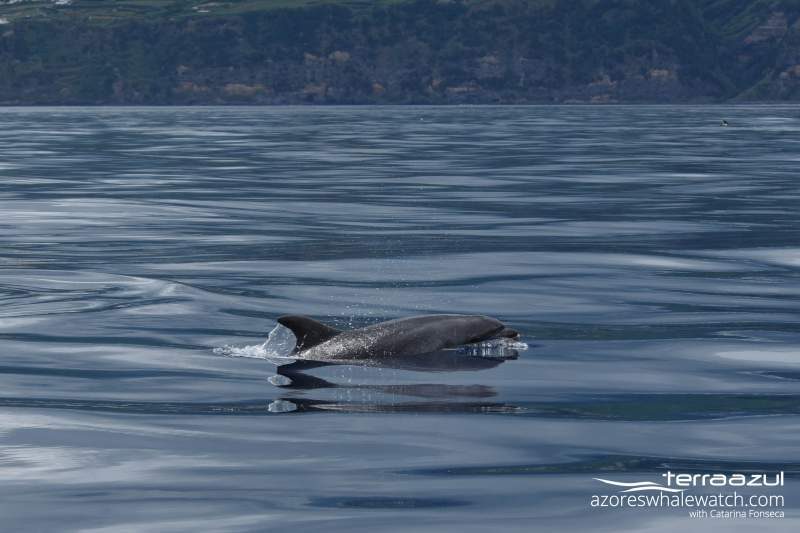 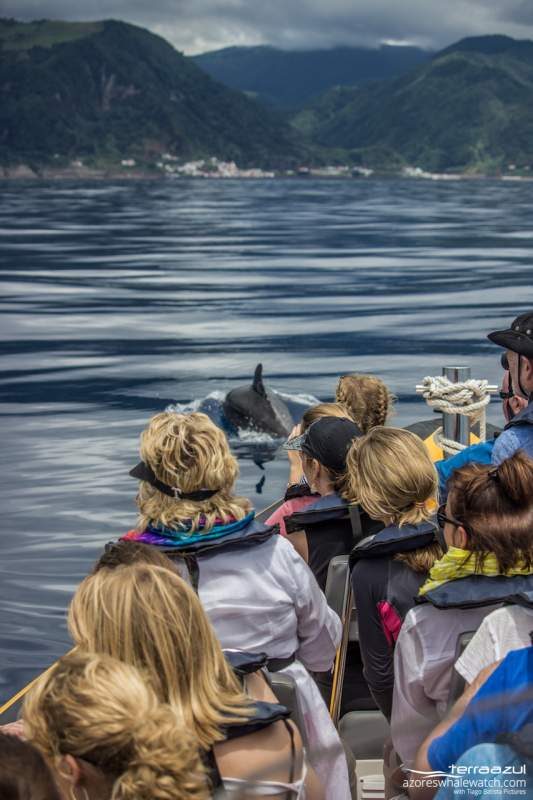 Bottlenose dolphin close to our boat

The beautifully acrobatic Striped dolphins also wanted to play their part on today’s show 😀 As usual they graced us with their fast leaps! 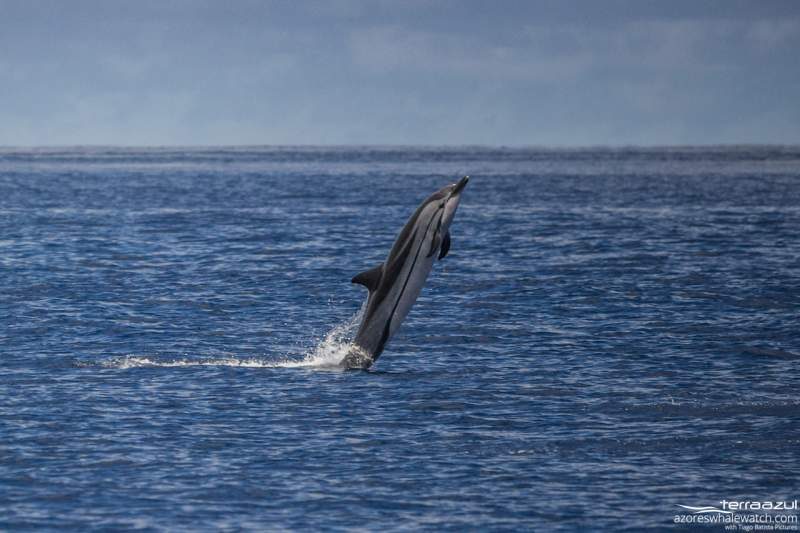 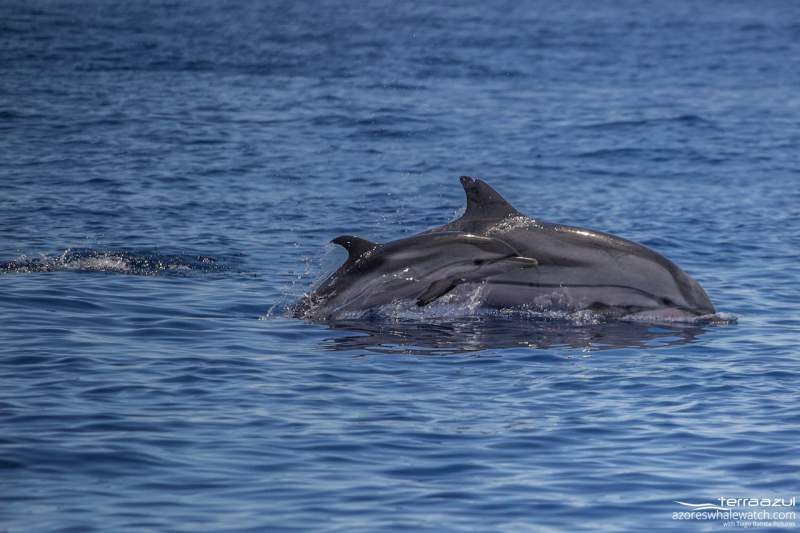 Striped dolphin mother with her calf

And to finish off the dolphins what about the 2nd largest species? That’s right, today we had a wonderful encounter with a family of Short-Finned Pilot whales, the second largest dolphin species after the orca! Did you know their latin name is Globicephala, that literally mean Globus head? And they had an adorable baby today 😀 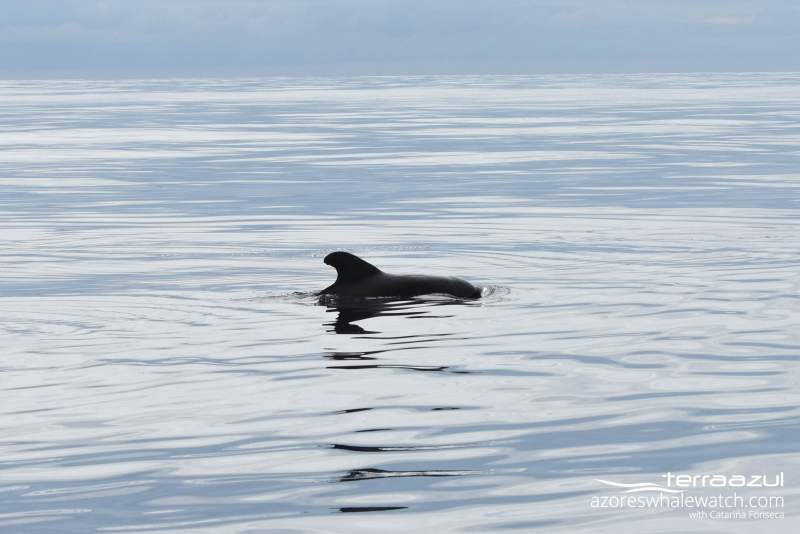 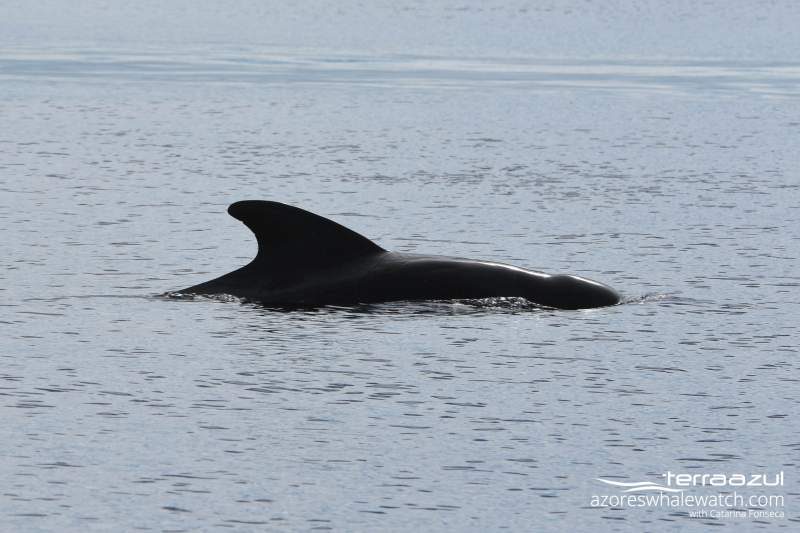 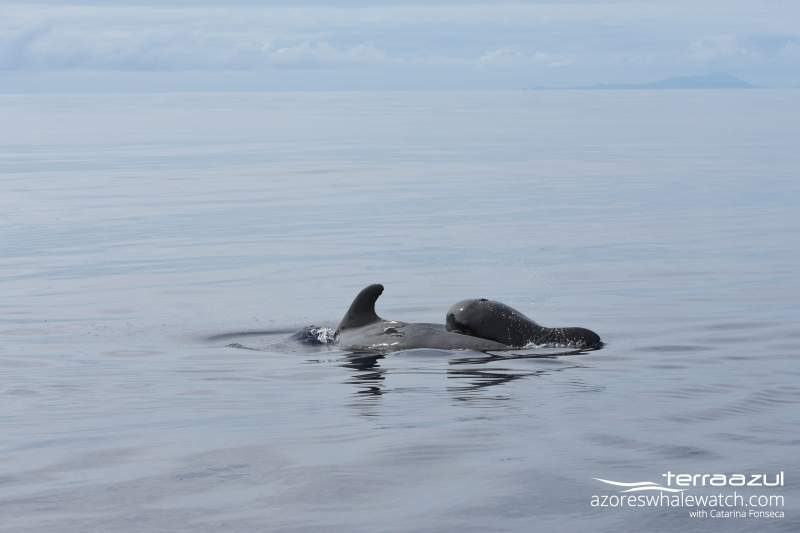 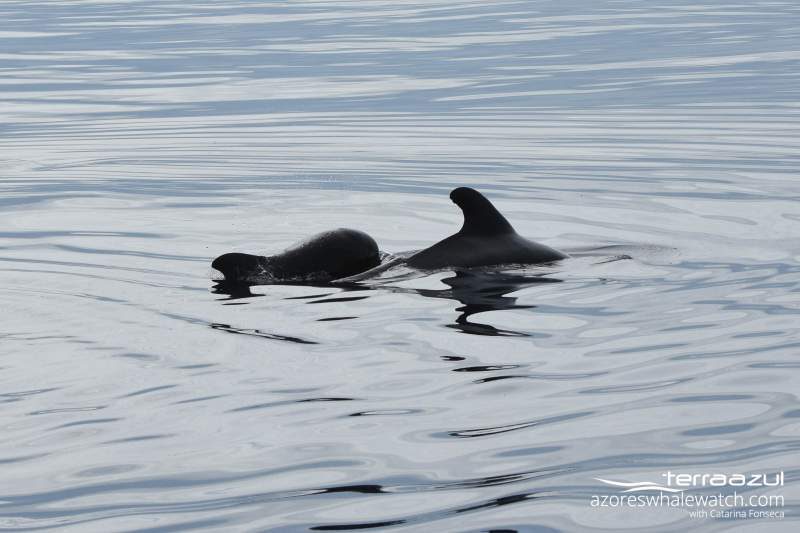 If all of this wasn’t enough, we had 2 species of toothed whale today 🙂

In the morning, a large sperm whale male, came to the surface to get some air and rest from his deep dive. The typical blow to the left side was very visible, he raised his back and showed his fluke two times before taking a dive again. Every time it is a very special moment to see the fluke – breathtaking! 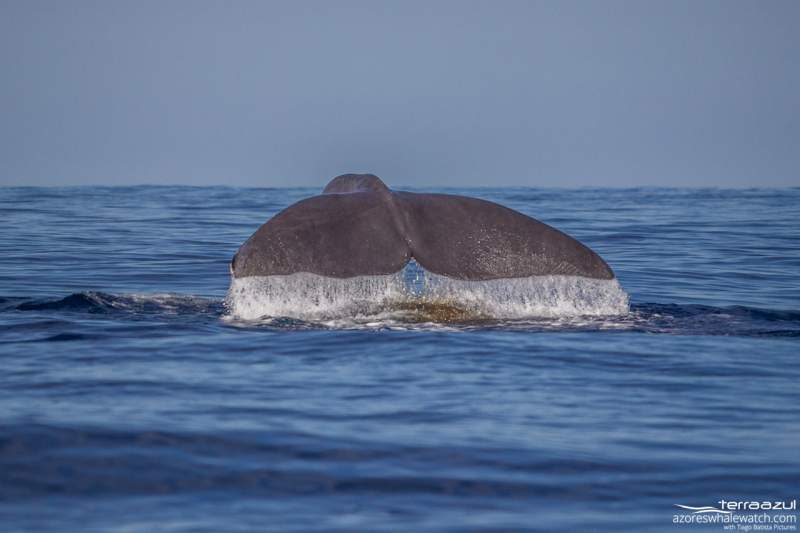 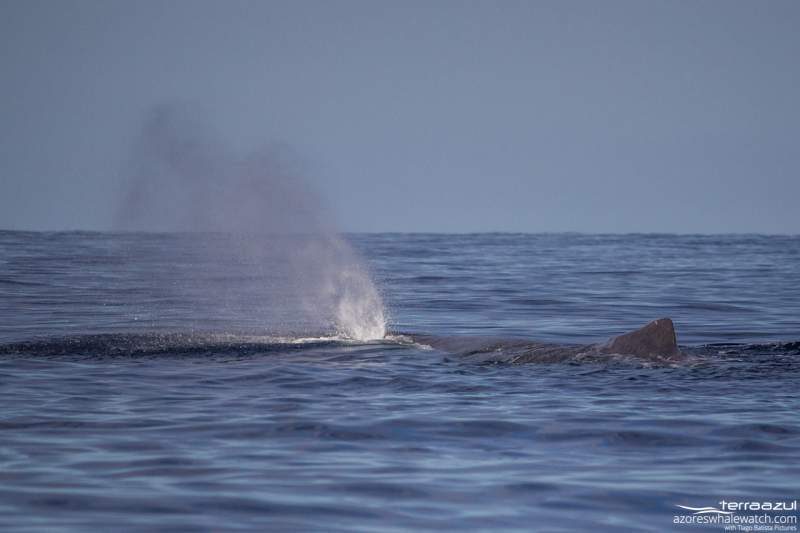 And finally, to finish off the day, we had a group of 5 Blainville’s Beaked whales, including a calf! 😀 It is always amazing to see these whales as they are deep diving and elusive, but today is was extra special. They were very relaxed and came to the surface several times and close to the boat. Usually the species sightings are quite quick and far away so even the crew onboard got very excited! 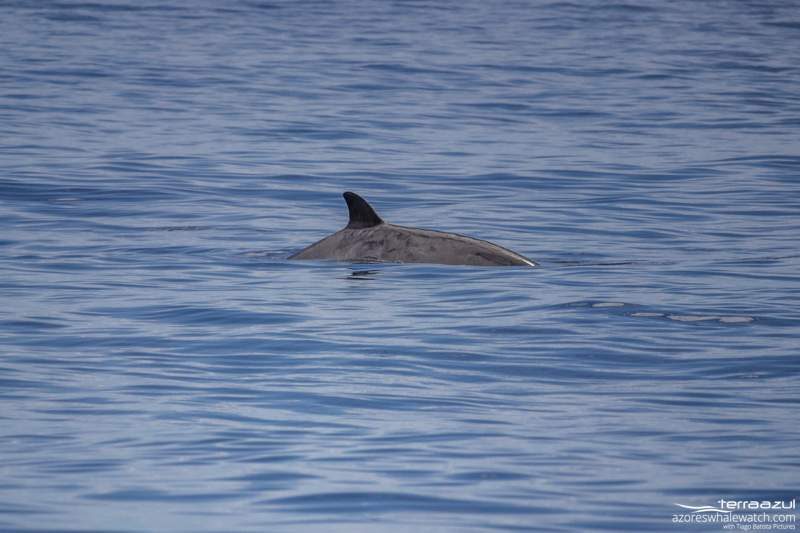 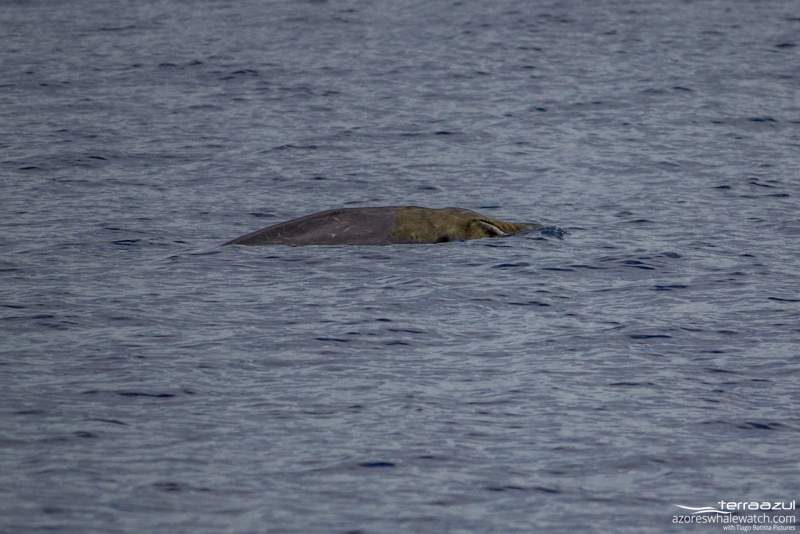 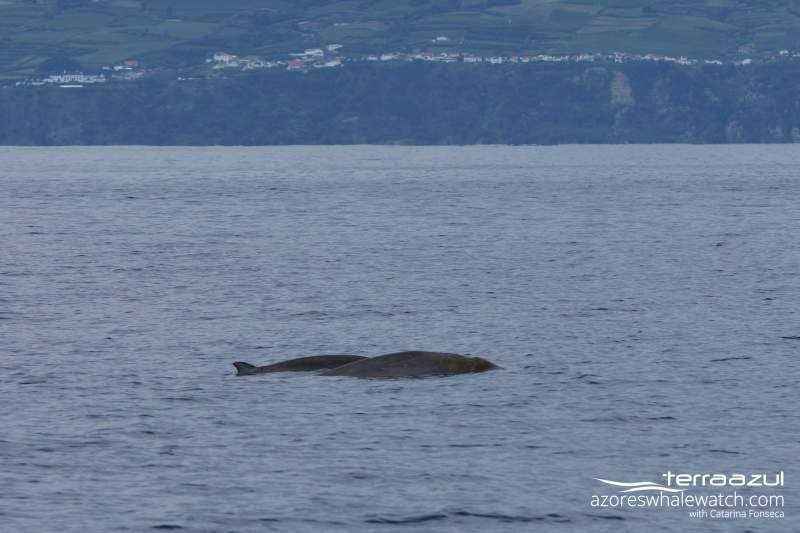 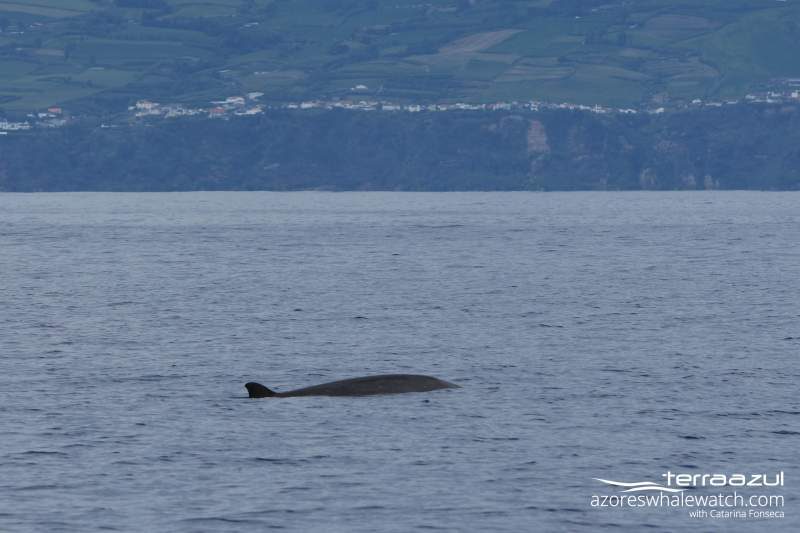 Maybe you also want to join to feel this experience. Feel free to contact us! 🙂