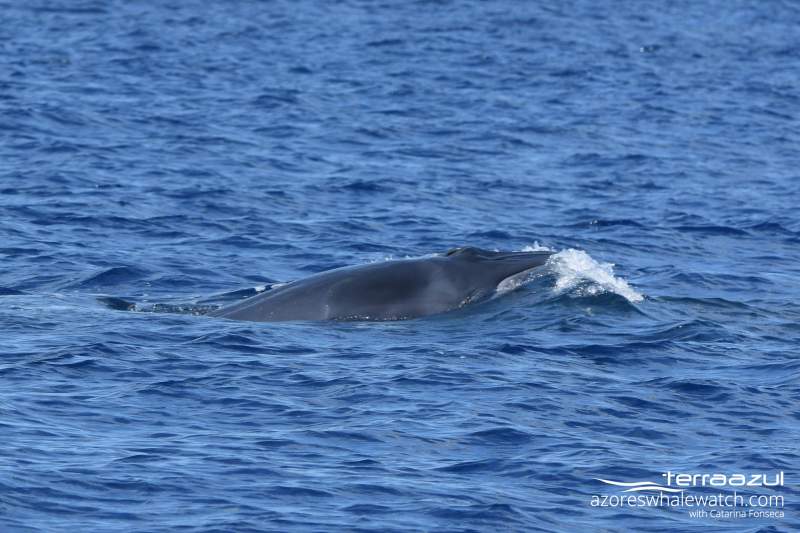 Today was an extraordinary day!! The Beaked whales were jumping while a Bryde’s whale was diving under our boat.
Let’s explain that a bit better….

2 Bryde’s whales on a perfectly flat sea were showing off their body and blows plenty of times, while at once, one of them came so close to our boat just beneath the surface that the whole shadow including fins was visible. Gracefully the whale made its way to the bow of our boat, and passed slowly to the other side. 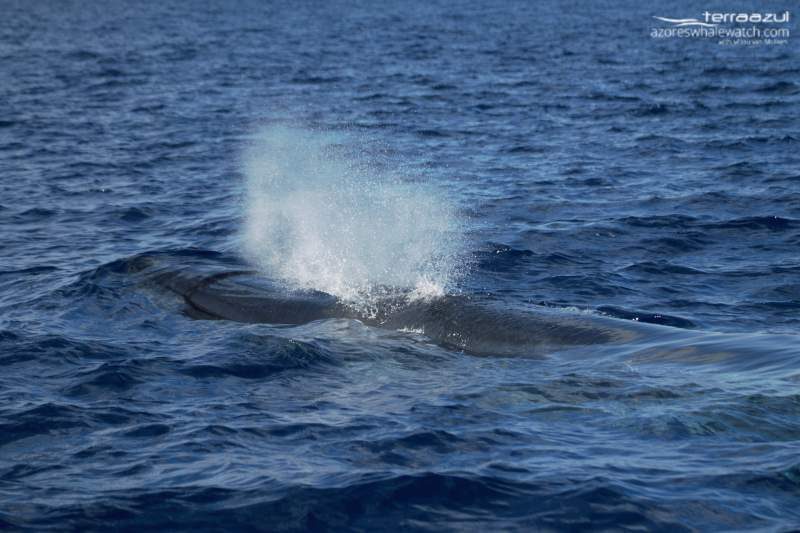 While still enjoying the Bryde’s whales, various large animals were jumping on the horizon, and it caught our eyes!
This was clearly something bigger than a dolphin, and at first we thought they were jumping Bryde’s whales, because of the straight and “forward leaping” motion the animals had when jumping out. It was such an exciting moment, the thought that it might be just that.

It was still far away and while Milou – the guide on that trip – took photos to check out what it was, it became clear it were a couple of Beaked whales that were turning against nature (very shy species) and decided to be overly active for once. However, while we approached them the stopped jumping, but we were still able to enjoy them on the surface for a while. From the photos we identified them as the Sowerby’s beaked whales.

In the afternoon, we were kept company by the adorable mother-calf pair of Bryde’s whales. The calf is still such a small baby, it delighted everyone onboard! 😀 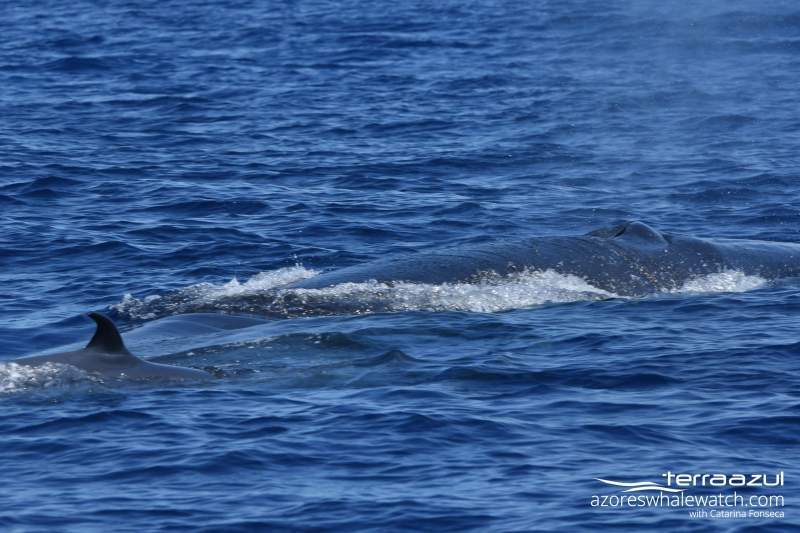 Bryde’s whale with the very small calf by its side 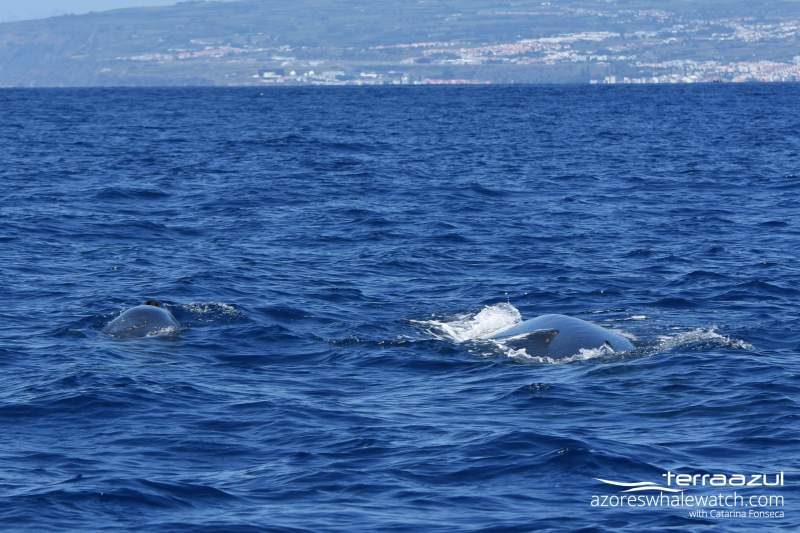 Furthermore, at the end of the day, we had yet another encounter with baby whales…this time a Sperm whale. A very very small calf showed up first swimming very confidently in the direction where we later saw it with its mother. The blows of the group started showing up like popcorn, and everyone was taking a turn at the job of the lookout pointing out all the Sperm whales 😀 The group had just been down on a foraging dive so then we could accompany them while they rested. 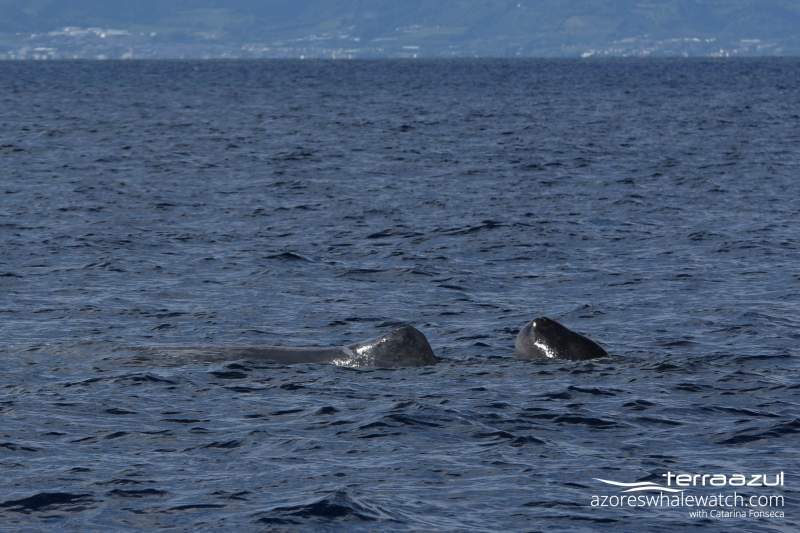 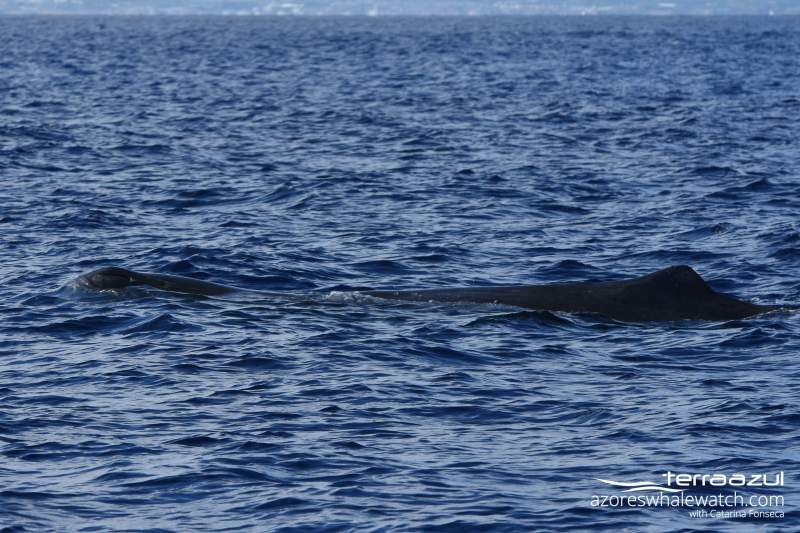 No day would be complete without dolphins, of course! So we could also spend some time with a group of more than 200 Atlantic Spotted dolphins and also very playful groups of Common dolphins 😀

Stay tuned for more news of our tours! 😀