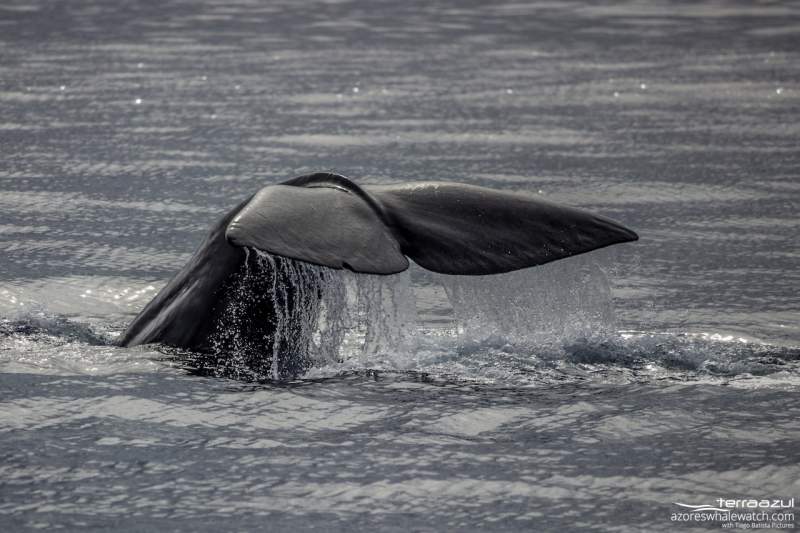 The morning swimming with dolphins went so smoothly! Soon after leaving the marina, a huge, but very much spread out pod of Common dolphins appeared. Everywhere we looked were individuals or small groups gathered, it must have been around 200 in total! 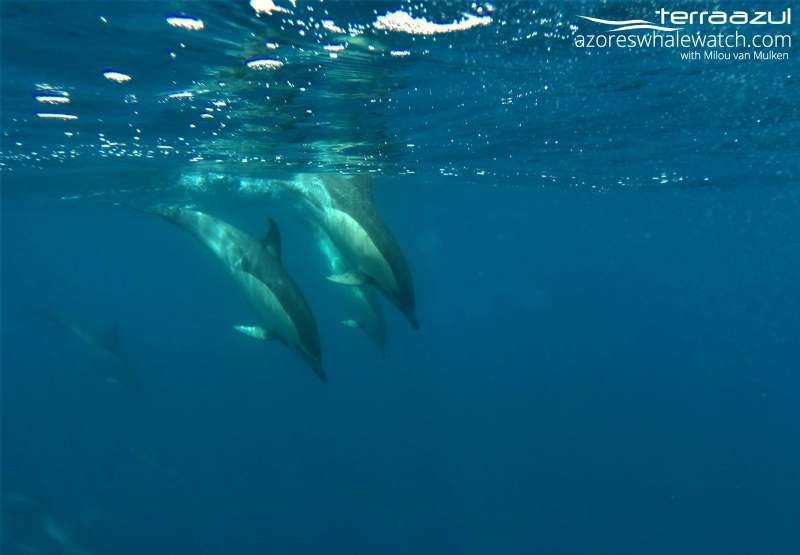 It was feeding time again! Typically an activity that occurs most in the early morning or late evening. For the next 2 hours we swam in the middle of various feeding frenzies. Birds were diving, dolphins were hunting, turtles were waiting, and fish were being eaten! That’s the circle of life 🙂 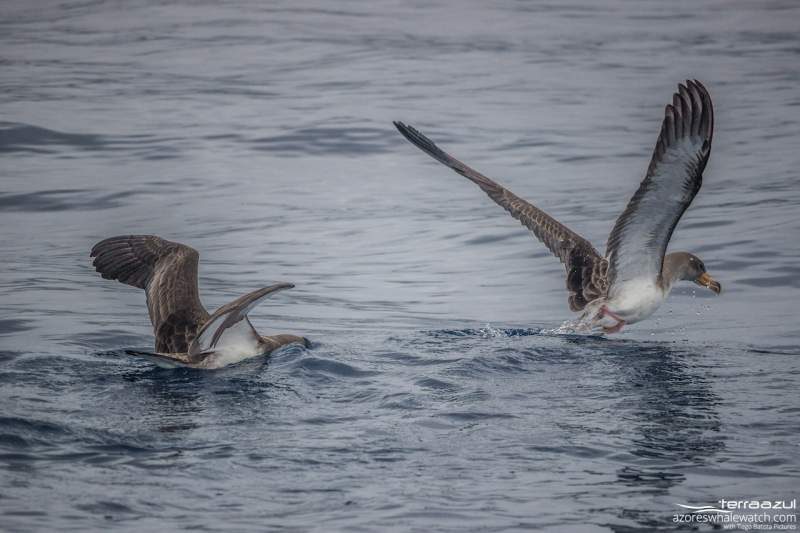 Similarly, the whale watching tours went just perfect as they included whales and dolphins and we didn’t even have to go too far to see them. Sperm whales were showing their tails relatively close to the coast. Usually, Sperm whales, when foraging, occur around the 1000 (or deeper) bathymetry contour line, given this depth being mostly associated with their prey. 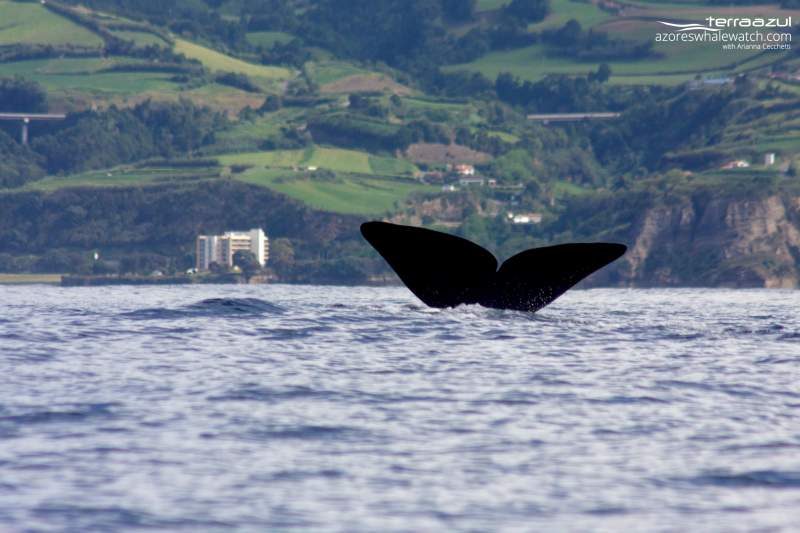 Sperm whale fluking not far from the coast / Physeter macrocephalus

Today though they were observed more inside allowing us to switch our observations between them and some common and Atlantic spotted dolphin groups, which were in the same area. Among the spotted dolphins we could see a tiny newborn surfacing next to its mother not too far from our boat … a truly precious moment! 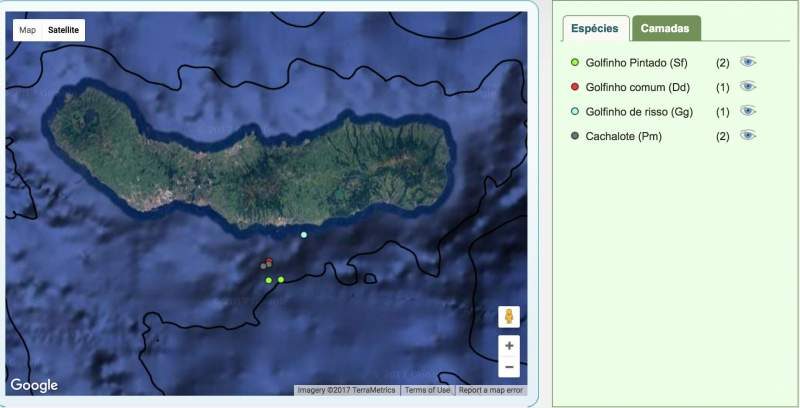 Sightings of the morning tour. Sperm whales (grey dots) were seen in the same area as common and Atlantic spotted dolphins, within the 1000 bathymetry contour line

The Risso’s dolphins were even closer to the shore, just out of Ponta Garça where Filipe with immense daily patience spots whales and dolphins for all of us 😉

In the afternoon, among the showers and rain, we met the same species than the morning. The Risso’s dolphin were a bit more shy so we only saw one very quickly. The Common dolphins and Atlantic spotted dolphins provided a great moment while feeding with the Cory’s Shearwaters! 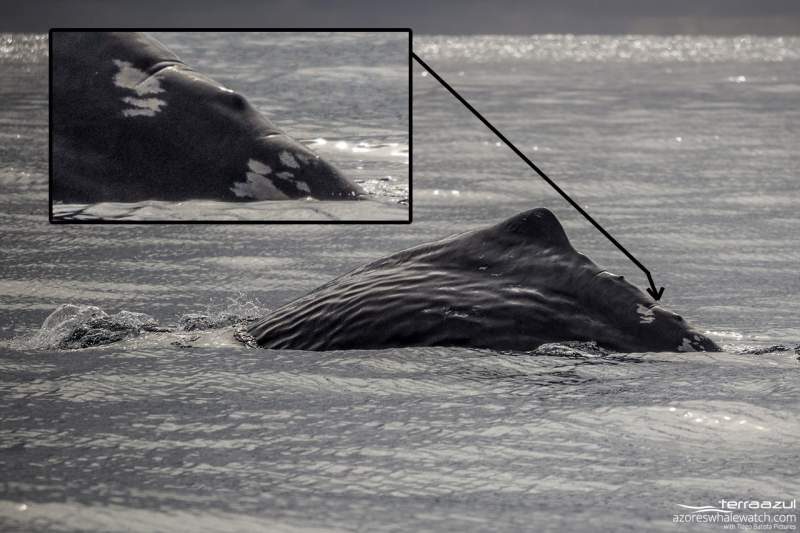 Sperm whale and details in its coloration. Different individuals can have different markings. 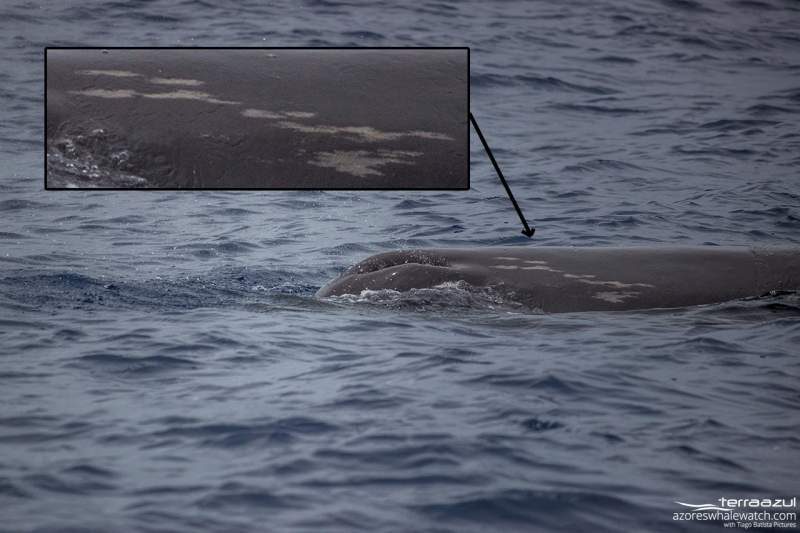 Sperm whale and its “freckles”