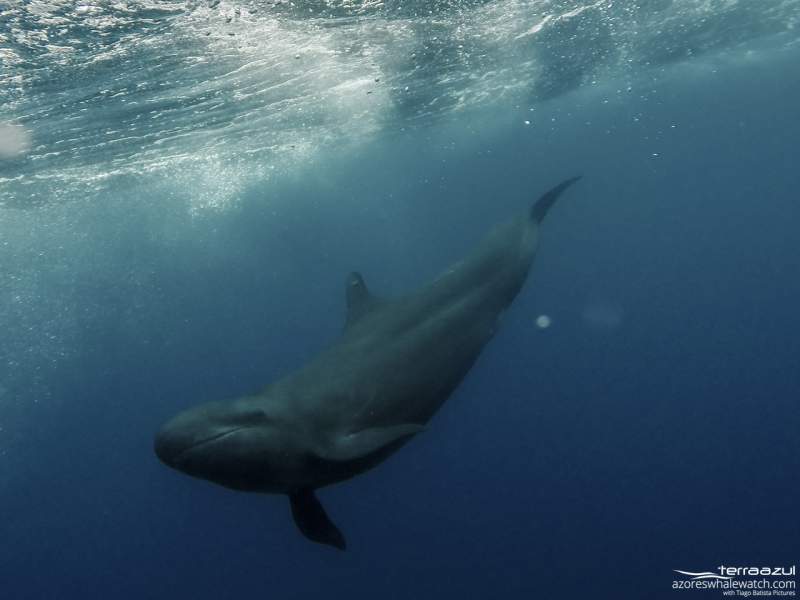 False Killer Whales are about 6.1 meters long. As they belong to the group of the toothed sea mammals (Odontoceti), males are bigger than females (around 5 meters long). Newborn ones are about 1.5 to 1.9 meters long.

Their long-bodied streamlined body is almost entirely blackish. Sometimes they have a slightly paler and greyer head and sides. 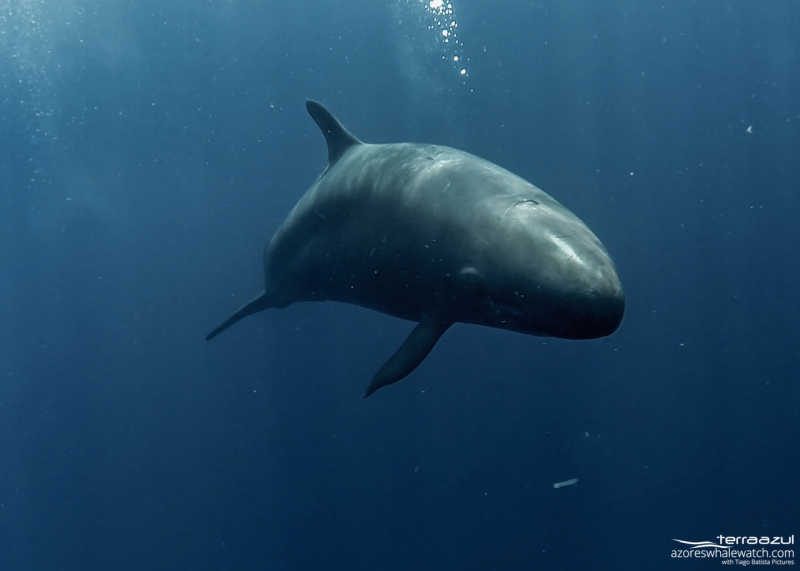 As you can see on the picture above very well, the flippers of the False Killer Whales are rather long, strongly bent and pointed. They appear in small groups of 10-50 animals and sometimes in larger herds of 300, which contain usually both sexes and ages. About the distribution is to mention, that they are widespread between the 50ºN and 52ºS.

Particularly they are the only blackfish, that bow-rides frequently. On some tours they accompanied us and took some waves, enjoying to dive around our boats. Their typical fast and energetic movements were easy to observe, as they tend to appear in the front and back of the boat.

Did you know why they are called False Killer Whales? They are eating principally fish and cephalopods, but they are able to hunt on smaller dolphins and may attack larger whales, like the “real” Killer Whales do so too.

If you have more questions about this species, feel free to contact us!
Join on the next adventures of terra azul to feel the ocean and its inhabitants.