Was that an interaction between Fin and Blue whales?!?!? 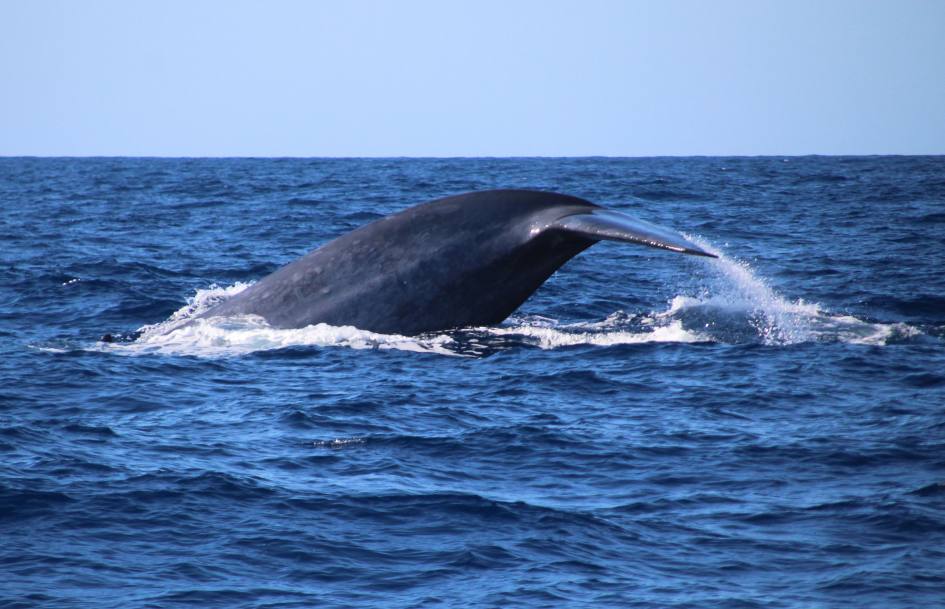 One of the Blue Whale (Balaenoptera musculus) mama encountered today flukes up before to take a dive. We owe a special thank to Lut Mertens for this amazing picture and the help in making some order in today’s sightings: with so many whales around we had to use pictures of the fins from both Terra Azul boats to understand how many different individuls we encountered! 😉

It is hard to describe what we and our visitors witnessed today on the waters off Ponta Garça, São Miguel Island.

Let’s try to recap: between the two Terra Azul boats we saw 12 (TWELVE!!!) baleen whales: one adult and three Blue Whale (Balaenoptera musculus) mother-calf pairs, and five Fin Whales (Balaenoptera physalus). Plus, on our way out we stumbled across a huge aggregation of Bottlenose Dolphins (Tursiops truncatus). You would think this was a crazy day already, and it really was!!! 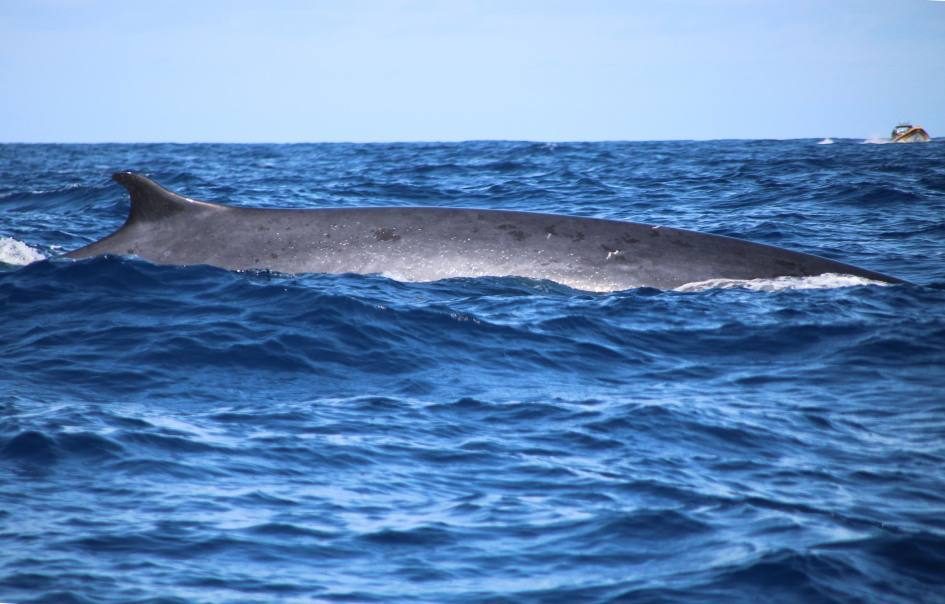 But the most interesting thing was the last mixed group of Fin and Blue whales that we encountered: three Fin Whales and a Blue Whale were fast chasing a Blue Whale mother-calf pair in a rarely documented inter-specific interaction. These species of whales are considered solitary animals that interact with other individuals of the same species almost only for mating purposes, even though such an event have never been documented. So what was really going on there??? Hard to tell but we do know that hybrids between the two species exists and – might be surprising – they are even capable to reproduce themselves!

Hybridism is more widespread than what you think in whale and dolphin species, follow our updates to find out more about this interesting aspect of cetacean life-history 🙂 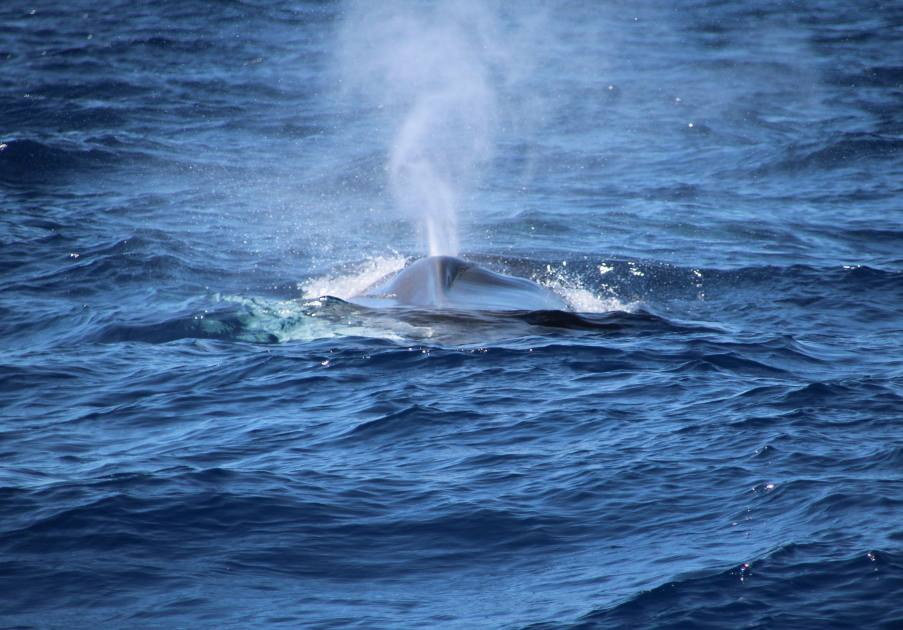 One of the adult Fin Whales (Balaenoptera physalus) blows while lunging towards Terra Azul boat. The head asymmetrical pigmentation typical of this species is visible underwater: white on the right and dark grey on the left. Photo Credit: Lut Mertens