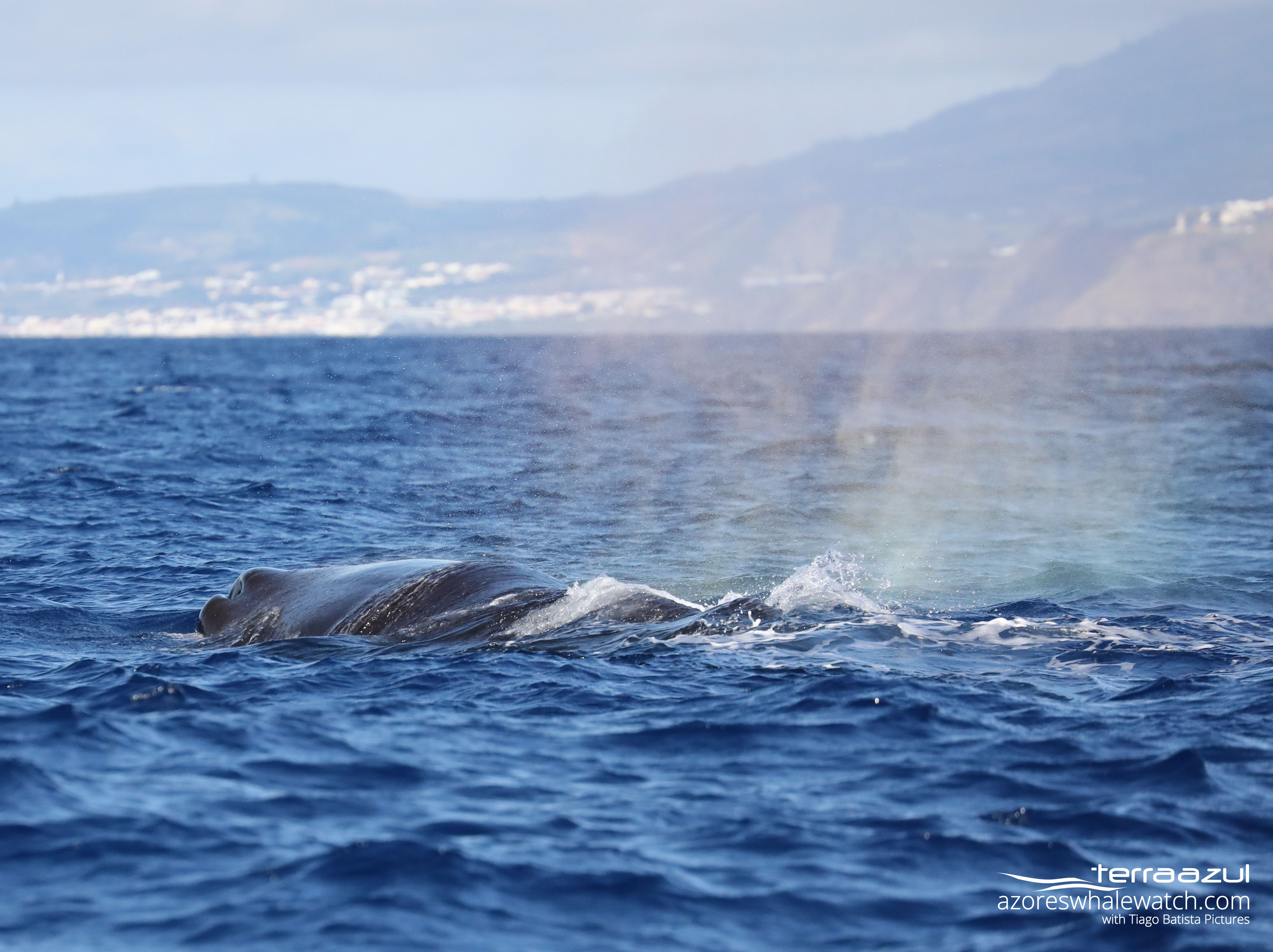 Navigating on the Ocean, yet another day !

Every single day is a special and unique, the Atlantic does not stop surprising us!

Leaving our base we found a beautiful nursing pod of Common Dolphins (Delphinus delphis) babies were so small that jumping out of the water the only sound heard on the boat was “AWW”. (Here are a few pictures of our library to present you the species sighted today). 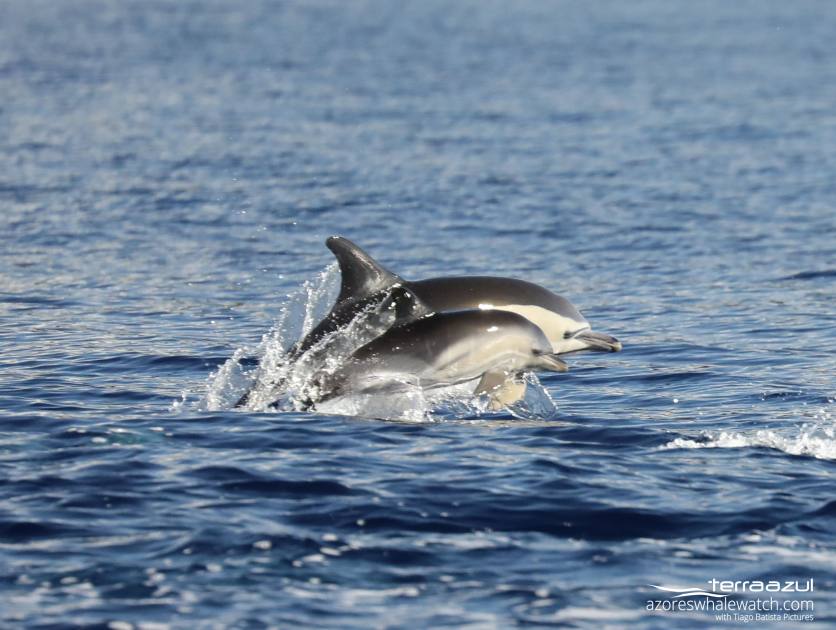 With no expectations of what lied ahead, we navigated towards the North of the Island where not 1 but 7 Sperm Whales (Physeter macrocephalus) decided to rest at the surface for a long time, it was a pod of males, and when the biggest male of the group decided to dive, there was no doubt about it that these animals are truly the kings of the abyss.

After one of the males decided to “Check us out” by swimming vertically and displaying his head we excitedly left the area and decided to “leave the Boys chiling”.

Navigating a mile closer to the small iconic island of Vila Franca do Campo to find the distinguished Risso’s Dolphin (Grampus griseus).

The group of adults was so calmly swimming into the West and with them a beautiful New Born baby Risso. 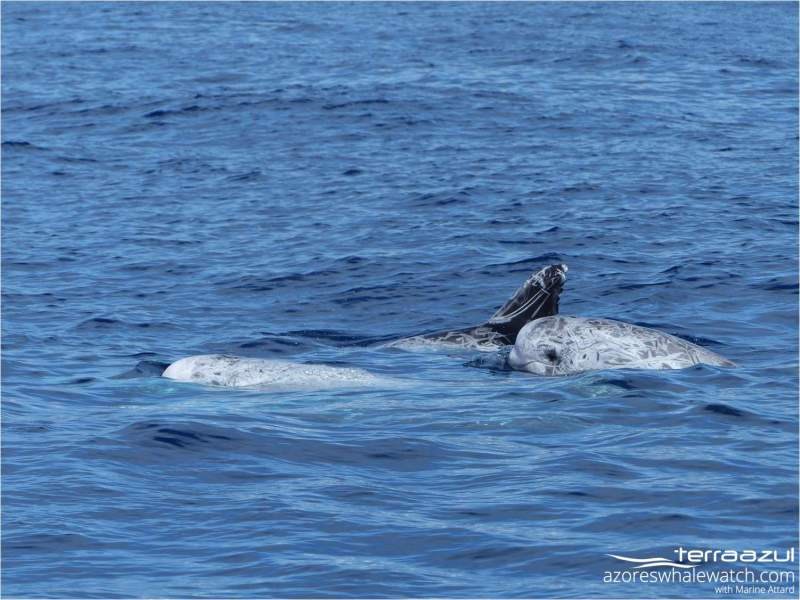 In the Afternoon the “Boys ” were still hanging out but only 4 Sperm Whales remained as a group. After two of them dove we navigated 10 miles out to find the biggest animal one can find- The Blue Whale (Balaenoptera musculus).  No one on board had seen a Blue whale before, how exciting to see the children’s face filled with happiness. 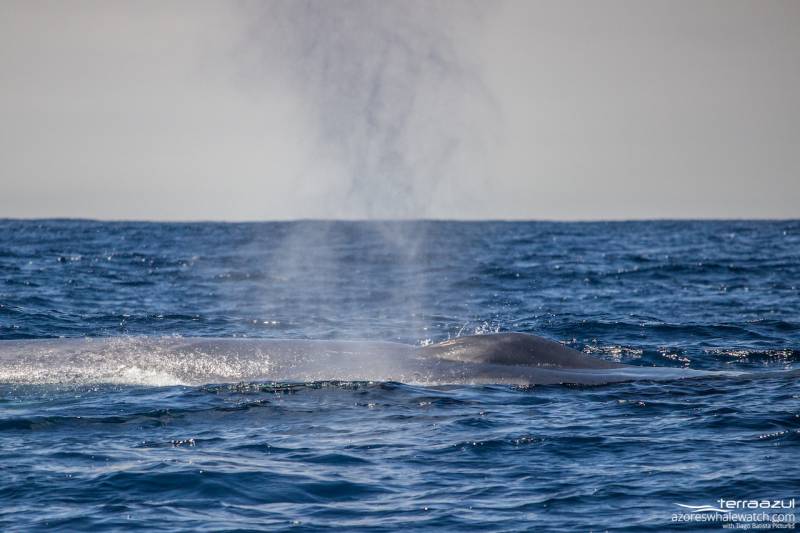 After leaving the whales, suddenly big jumps were sighted but who could it be? …

Well no other than the fast and acrobatic Striped dolphins (Stenella coeruleoalba). 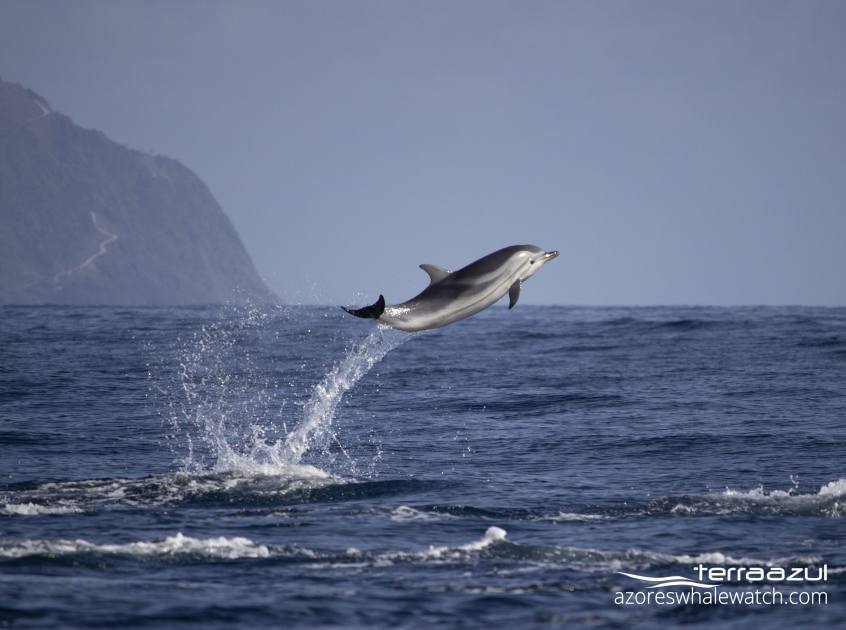 Striped Dolphin leaping out of the water

There were jumps, leaps and certainly good times!!!  😉