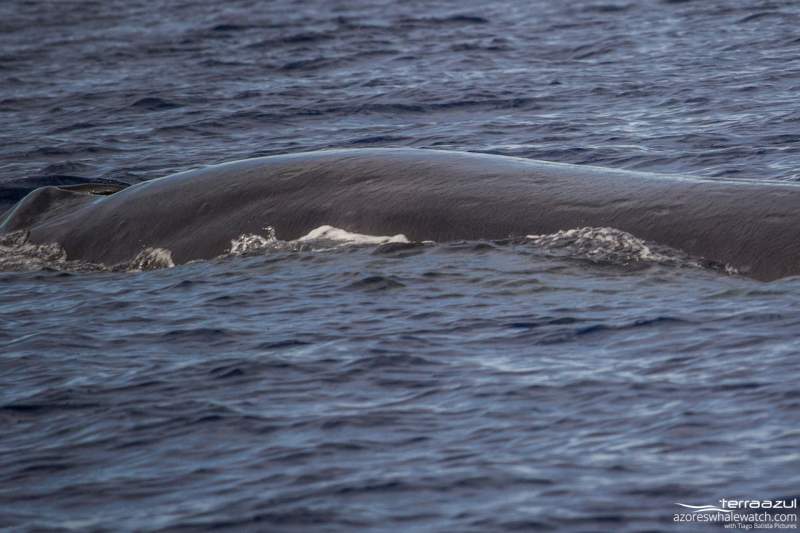 This sunny Wednesday morning started with our beloved Common dolphins, and they were on the run! Not from us, but they were just exercising and keeping their slender and streamlined bodies in shape 😉

Then André, our lookout, notified us of the sight of a Sei whale! We went for it, but on our way we found a surprise pod of Atlantic Spotted dolphins and we stayed with them for a while as they were doing their usual migration along the island.

Suddenly Andre’s voice sounded very loud from the VFH radio; “VAI PARA FRENTE, PARA TERRA!” (go forwards, towards land!)
Tiago, one of our skippers, immediately took off. This is always a very excited moment, as surely everyone aboard understands what this sudden and fast reaction means.

At first the whale was very hard to find, it seemed to swim on maximum speed as we were directed to all different directions, without seeing her. Then finally, the blow appeared, and from that moment on, it showed many times, and not only 1, but 2 large Sei whales. The fastest whales in the world, that can travel up to 52km per hour! Luckily they completely slowed down into a resting mode so we got many close-up views. 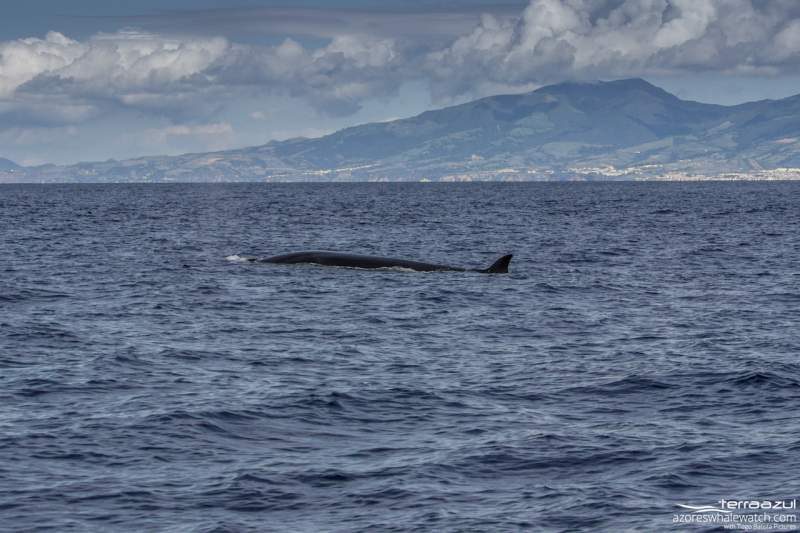 Sei whale with São Miguel Island in the background 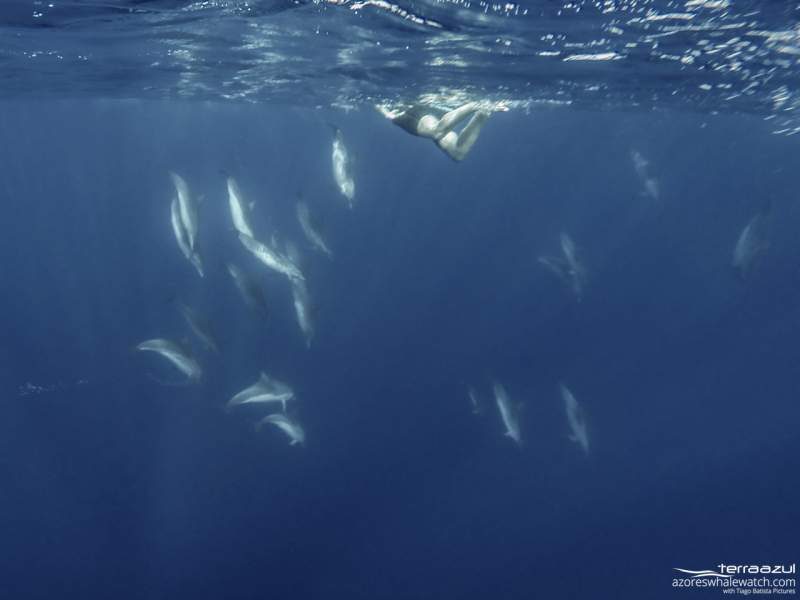 In the afternoon tour, it looks like the whales sped up again. One of our boats saw very clearly a whale’s blow, however it didn’t show up again. It is true that everyone onboard was a bit distracted with a huge group of Atlantic Spotted dolphins that were having some lunch around there. But the crew on both boats and the lookouts never stopped looking for the whale!

The group of Atlantic Spotted dolphins was so active! Even the really small calfs were jumping and twisting out of the water 😀 The shearwaters were also taking part in all of this activity, and in particular the Great shearwaters, which today were many and mixed with the ever present Cory’s! 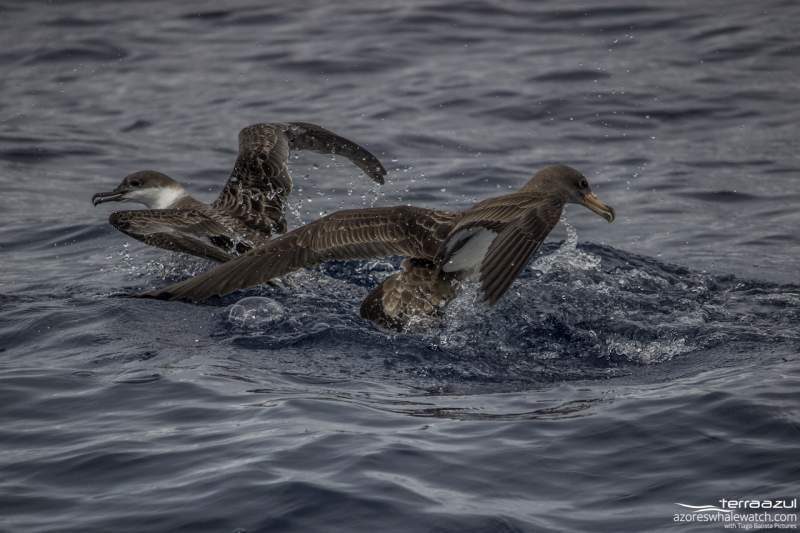 To finish the day in a high note, we met one of our regular groups of Bottlenose dolphins. Dorsal fins of dolphins are unique to every individual – they are like their fingerprint. Most of them are not big enough that they can be recognisable when we are at sea with them, but some individuals are so well marked that they don’t leave any space for doubt 😀 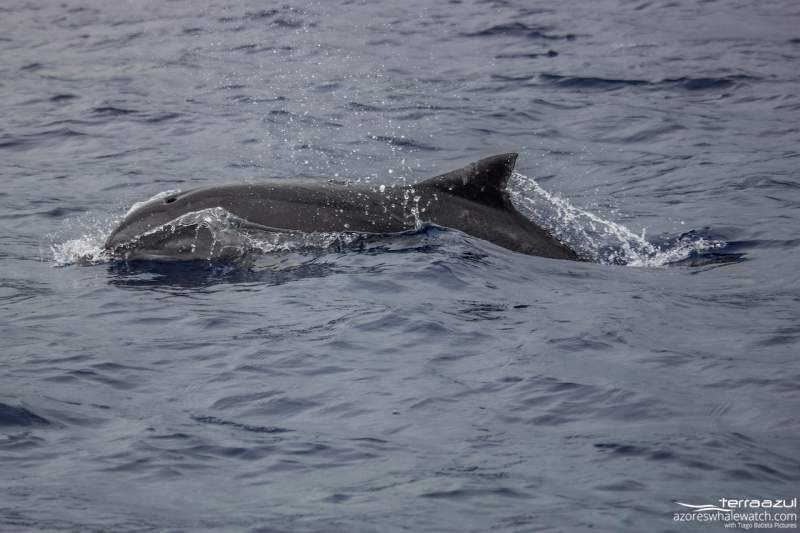