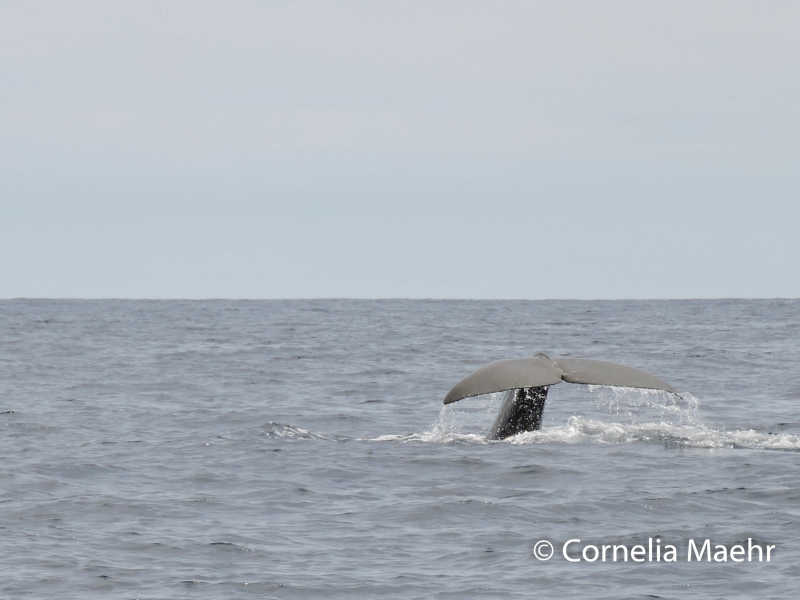 The trip began with a group of Common dolphins, followed by some Risso’s dolphins, before we left them to see a Sperm whale.

While waiting for the whale to resurface we shortly stopped for some Bottlenose dolphins. After a short while of admiring the Sperm whale, we left it for a Fin whale that was spotted nearby and after reaching it we slowly followed the large animal on its travel.

On the way back to round up a great trip the Common dolphins showed themselves again. Next to the island of Vila Franca, our last stop, a large group of Cory’s shearwater was resting on the ocean and flying over the boat as we crossed them! 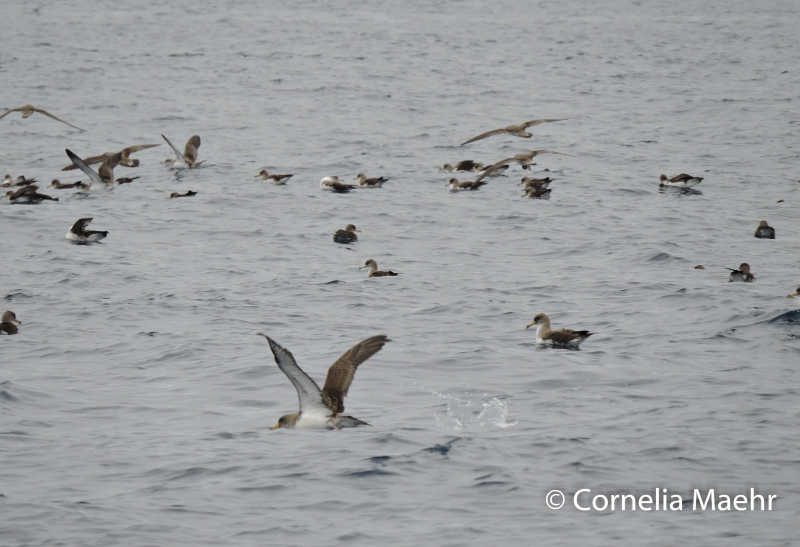 The tour in the afternoon brought some very active jumping Common and Bottlenose dolphins, and sperm whales, that repeatedly dived deep and by doing so showed their fluke! Among the sperm whales was also a mother and her young. 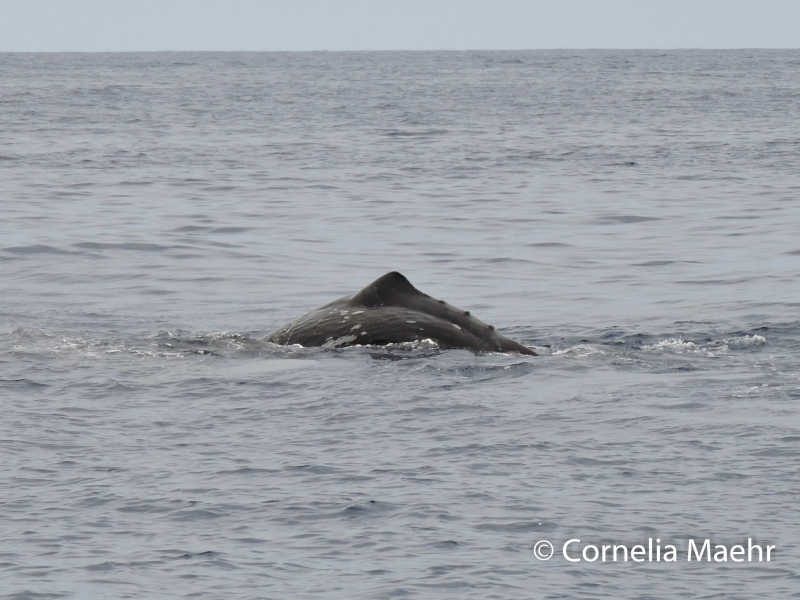