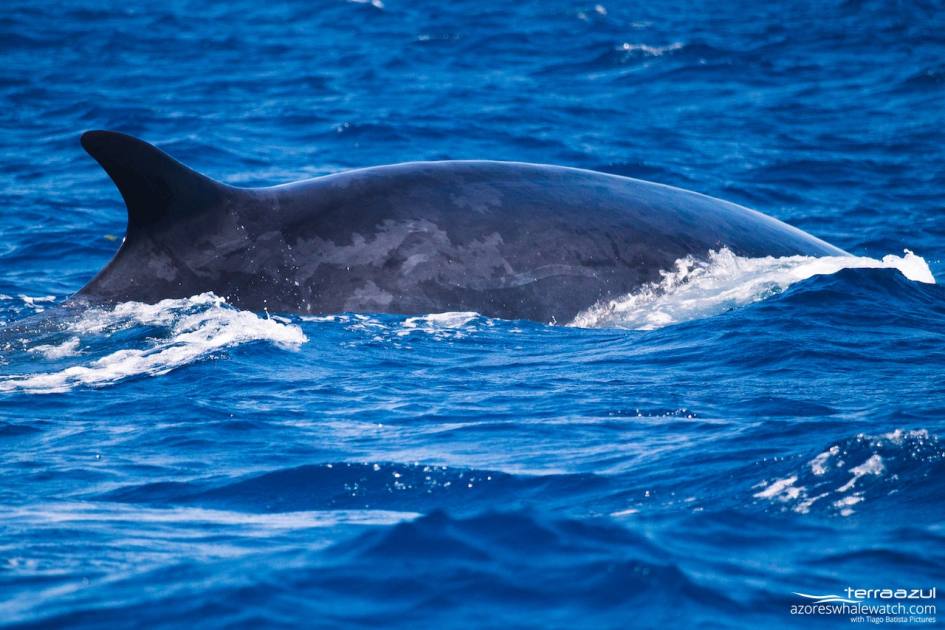 Today we had a blast on our thrilling ocean, with Fin Whales and Common Dolphins both in the morning and afternoon.

We started the day with a large group of Common Dolphins (Delphinus delphis) foraging. The pod was a healthy mix of adults and juveniles. But what caught our eye the most was the presence of many babies. Mating season for Common Dolphins is all year long, but peaks in late spring/early summer.

Did you know that dolphins, in contrast to most other mammals, are born with their tail first? Baby Common Dolphins are about 70 centimetres long when they are born and are incredibly cute! 🙂 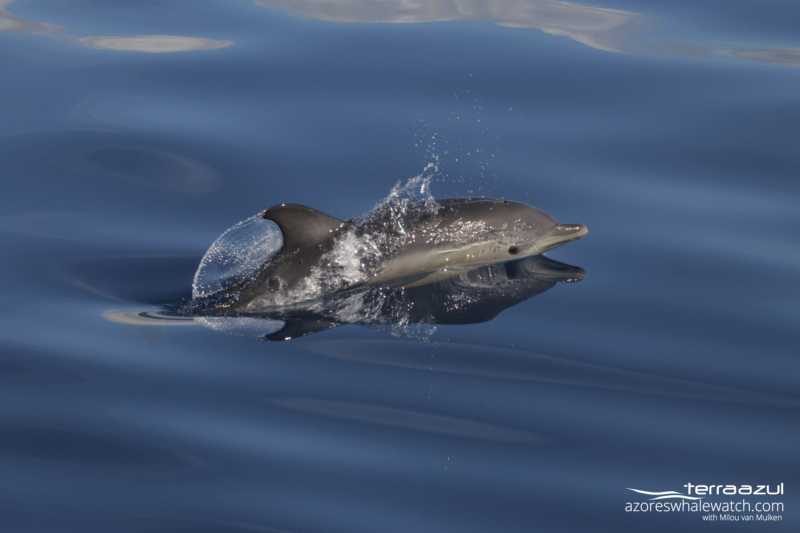 After the babyshower we cruised 9 miles away from coast to meet two Fin Whales (Balaenoptera physalus). They were a bit sneaky in the morning, as they appeared each time on the opposite side of where we were staring. But at every turn we got blown away by their surprising rise. 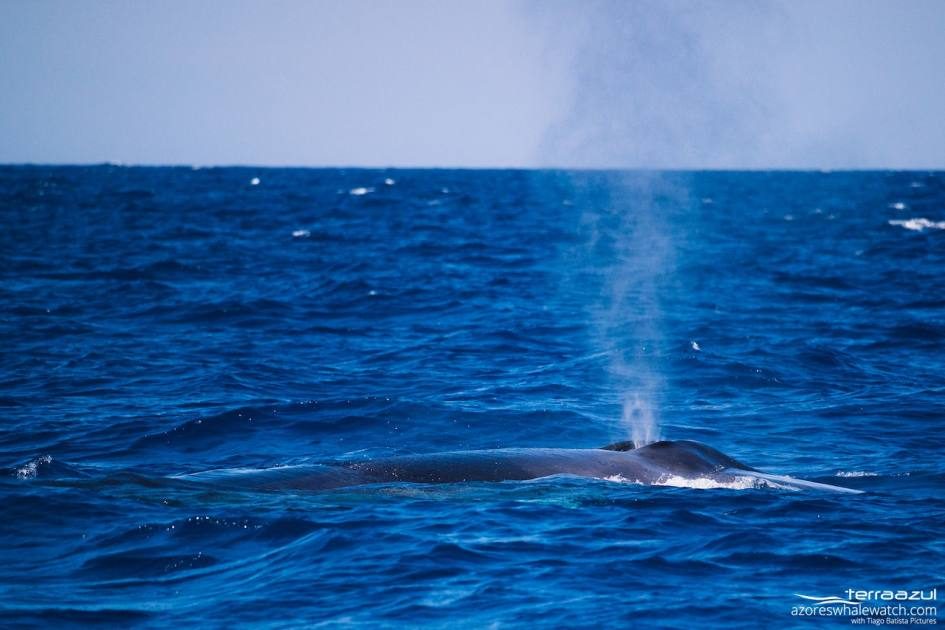 In the afternoon trip the Fin Whales were also present, showing themselves a little bit more to the surface. Because of this we could clearly see they were also juveniles.