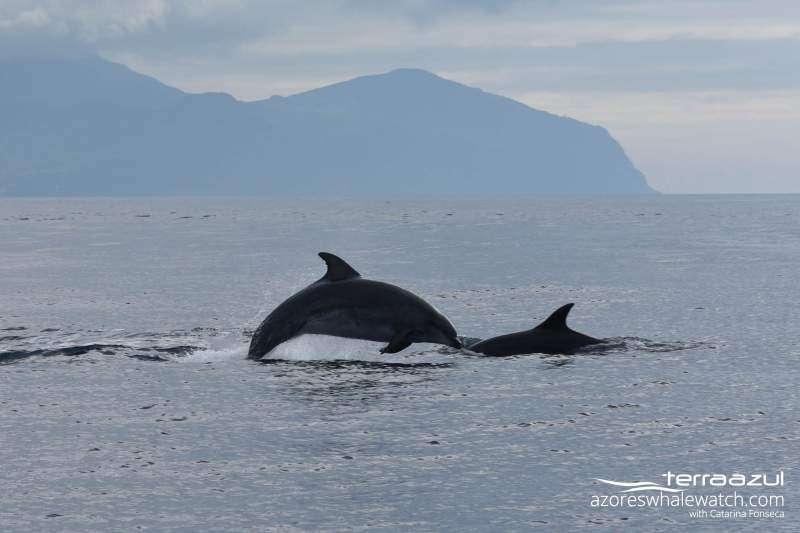 Let’s be honest, it was a very windy, wavy day today! But we were lucky to go out nevertheless, and find a lot of life!
Very close to the coast, after only a few minutes, we already encountered an active group of about 30 Bottlenose dolphins. It may have been the famous “gypsy” pod that we already know, which contains 1 individual with a pyramid cut dorsal fin. However, we think there were 2 individuals with a pyramid shaped fin in this pod. They were super active, jumping and tumbling around in between the high waves.

Although it was wavy, our fantastic lookouts managed to spot a Fin whale with their sharp eyes, so we went much further out to give it a try! The weather conditions did not make it easy, but suddenly we spotted a blow fading away in the wind. A very relaxed Fin whale appeared, and as time passed, he or she came closer to the boat. We ended up being really near to each other and the whale was laying there almost motionless, while coming up to breath many times. All this time we could see the whitish shadow of its white lower jaw, that is only fully covered in white on the right side, which made it very excited trying to guess when it would come up again 🙂 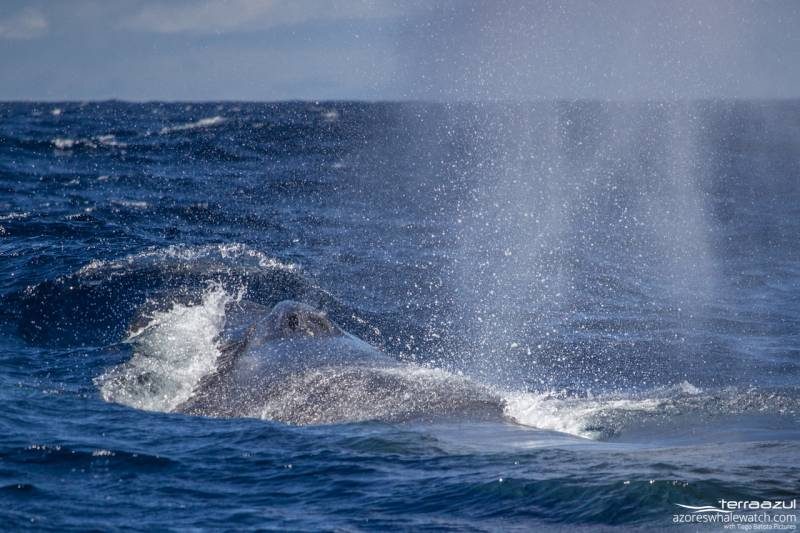 We hope the weather will be on our side for the next days!