Dolphins and whales split the day 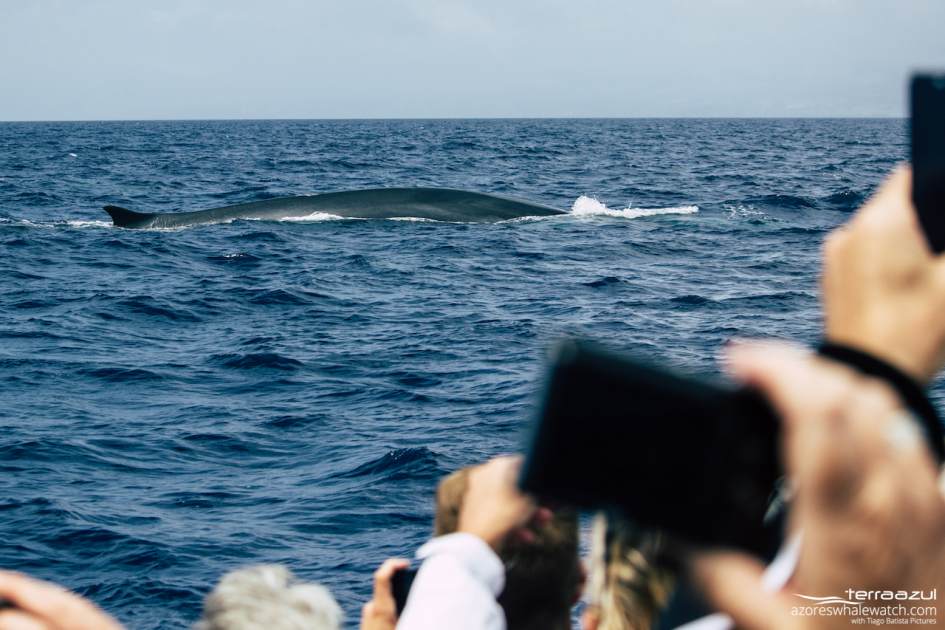 Hard times for the lookout today. The low clouds, mist and rain were definitely not helping find life. Nevertheless, we had a lovely time out in the ocean. It seems that the dolphins and the whales today decided to take turns in showing up and the morning was spent in the company of dolphins while the afternoon in the company of whales.

First, we met the bottlenose dolphins which were spread out and were travelling, taking advantage of the moving vessel for an easier ride. The common dolphins were socializing with some subgroups mating. They were particularly active, performing head-slaps onto the surface, short porpoising rides and leaps out of the water. 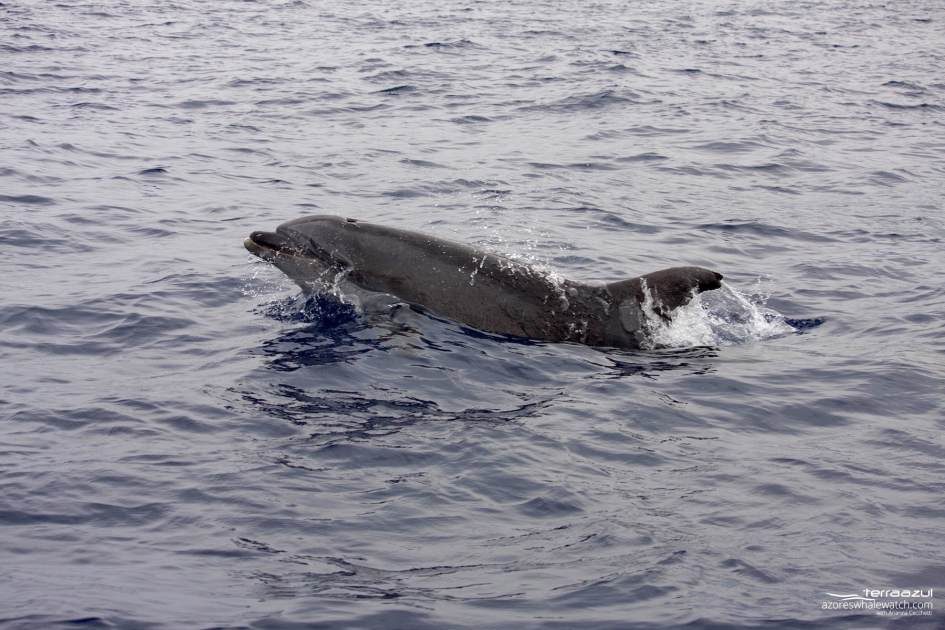 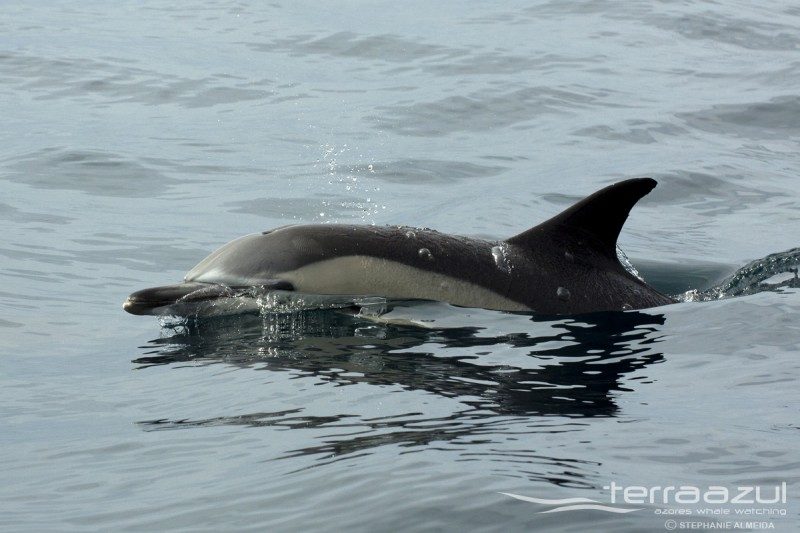 Later in the afternoon the mist was getting thicker, but fortunately before it would hide the view our lookout was able to spot a blow. However, soon later it was too late to keep track of any whale. So we went to the area where the blow had been spotted and after some search and patience, 3 fin whales appeared at the surface. They were resting and stayed in the area during the whole encounter. One individual defecated, suggesting they had been foraging before we reached the area. The reddish patch was soon after diluted and disrupted by the waves. In this way the nutrients, including large concentrations of iron, will help enhance the productivity of the ocean as they increase the phytoplankton growth.

Eventually also the sun came out to greet us. We definitely enjoyed our day 😀