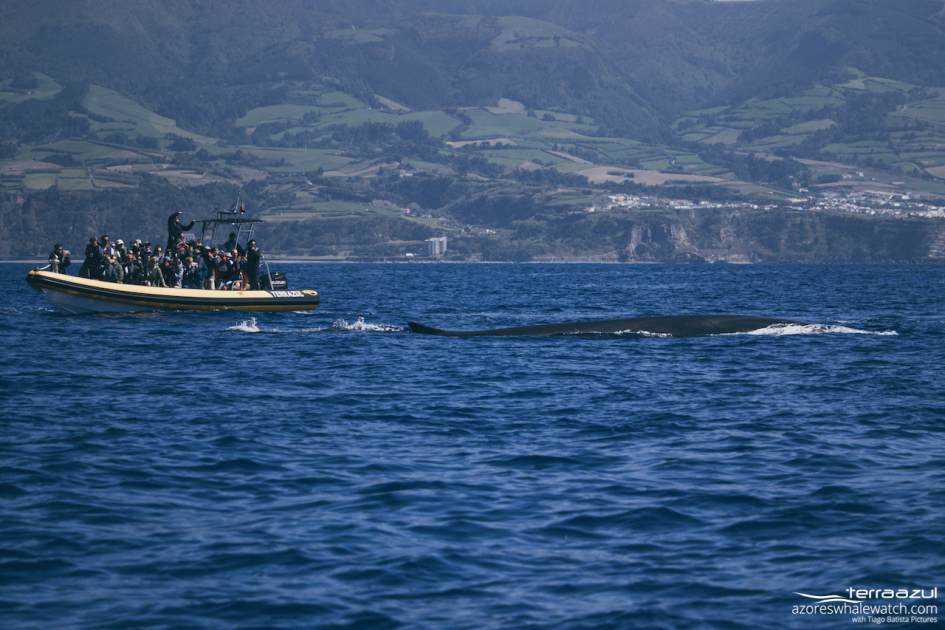 When we reached the “whale zone” today, we did not wait long for the fin whale to show itself. This was nice, as usually patience is needed for whale watching. So lucky us! The fin whale came to the surface to breathe several times before bending its body a bit more for the longer dive. After seeing a few sequences of this graceful giant alone, visitors showed up: bottlenose dolphins!

And now we all had an interesting glipmse into the interactions between species: one could really see how the fin whale began swimming a lot faster, with the bottlenose dolphins still behind it. At a certain moment the fin whale seemed to be quite annoyed by their chasing and made a quick turn, showing its fin and fluke! That for sure was a really special moment. If anyone cought this on camera I’d love to see it again! 🙂 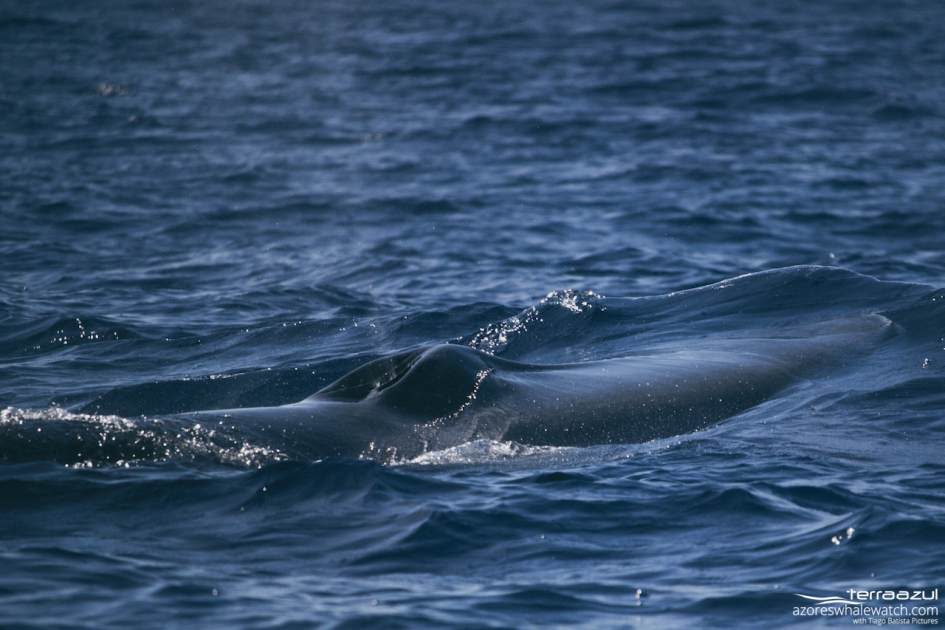 After being out of reach of the bottlenose dolphins, the fin whale continued to travel further away from this group. It again came to the surface really frequently and we were able to be alongside it for a long time. As we want to enjoy wildlife without disturbing it, we chose to return to the bottlenose dolphins after a while and had good fun whith their acrobatics.

Noticeable about this tour was also the fact that the visibility under water was excellent! When we drove around the islet at the end of our tour we could see much more down than usual. It definitely was a great time!