Welcoming our first baleen visitors of the year!

Last week we were delighted to have an awesome encounter with the first baleen whales of this year!

Two adult Fin Whales (Balaenoptera physalus) spent all the morning close to Ribera Quente shores, alternating deep dives of about ten minutes to some respiration time at the surface, where we could really appreciate their size and their powerful blows. After all, they can grow up to 24 meters long for a weight around 70 tons, and are supposed to be the second largest animal ever existed on the planet!

The repeated diving behavior in the same area might be indicative of feeding activity. That is, Fin Whales often target deep water krill and they have been reported to dive at depths up to 180 meters. Sao Miguel waters are highly productive and are generally visited by baleen whales between late March and early June, during their northward annual migration. Interestingly, in recent years few sightings of Fin Whales have been documented also in February. Indeed, this encounter was an awesome surprise for our guests and our crew out at sea! 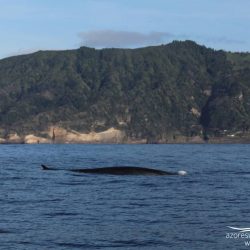 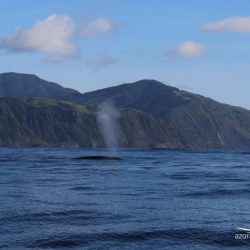 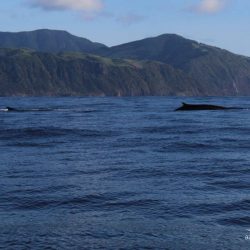