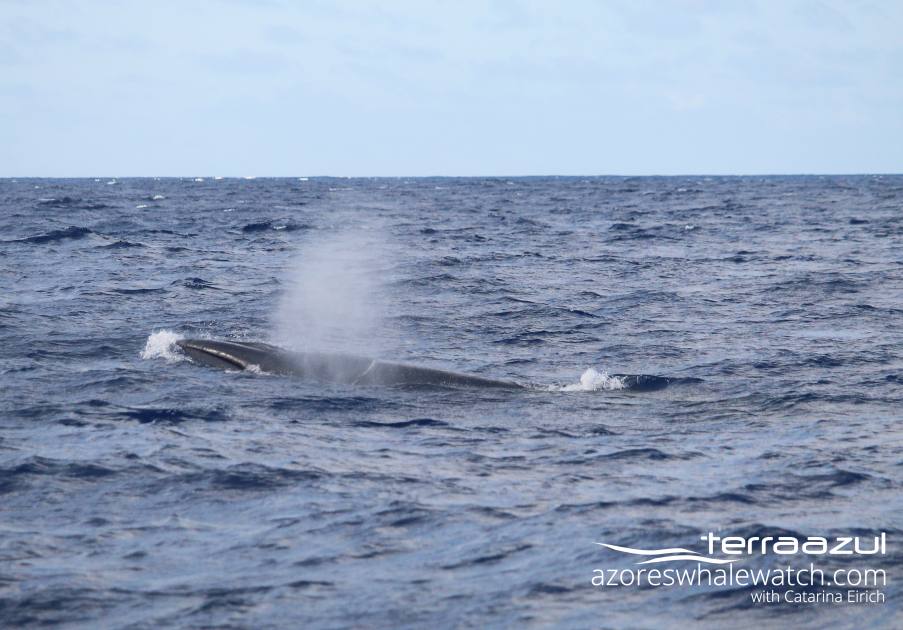 Sei Whale (Balaenoptera borealis) with open mouth. You can see the baleen plates hanging from the upper jaw.

Today we were super lucky! On our morning tour we went quite far out, as our lookout Nicole had something very special waiting for us. 🙂 There was not only one, nor two…but three (!!!) Baleen Whales ahead of us! As they were moving super fast and appearing at different points at the surface, we had a hard time in identifying the species. So we tried to get some nice pictures of them to be able to take a closer look. 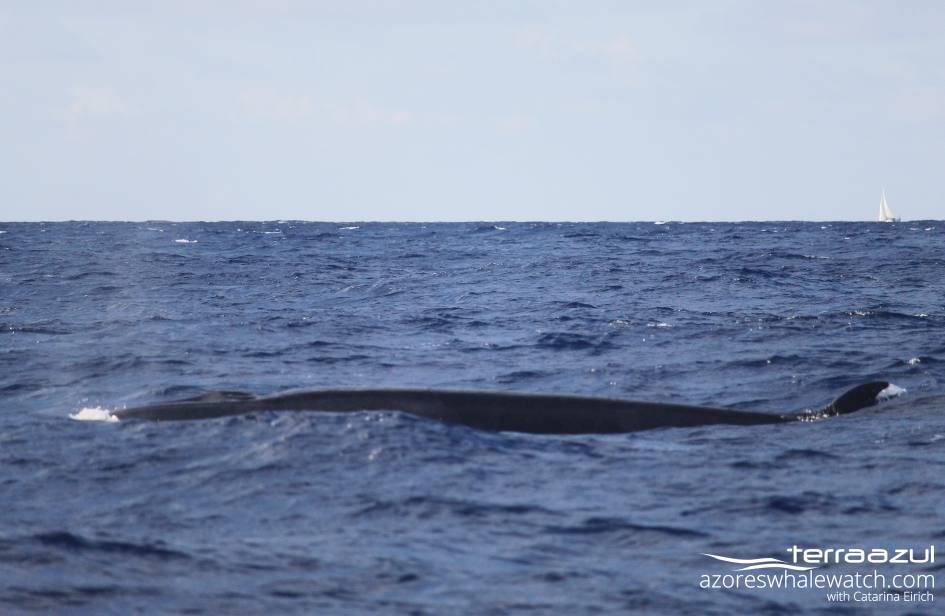 One of the baleen whales that we spotted today off the shore of Vila Franca do Campo.

We were quite sure we were seeing Sei Whales (Balaenoptera borealis), while we were out on the tour. Back to the office we analyzed our pics and were surprised to realize that there was one whale looking a bit different. We believe it was probably a Bryde´s Whale (Balaenoptera edenis). The only way to discriminate the two species is to have a look to the dorsal side of the head: Sei Whales have only one ridge ranging from the blowhole to the tip of the rostrum, while Bryde’s Whale have two lateral auxiliary ridges in addition to the central one. 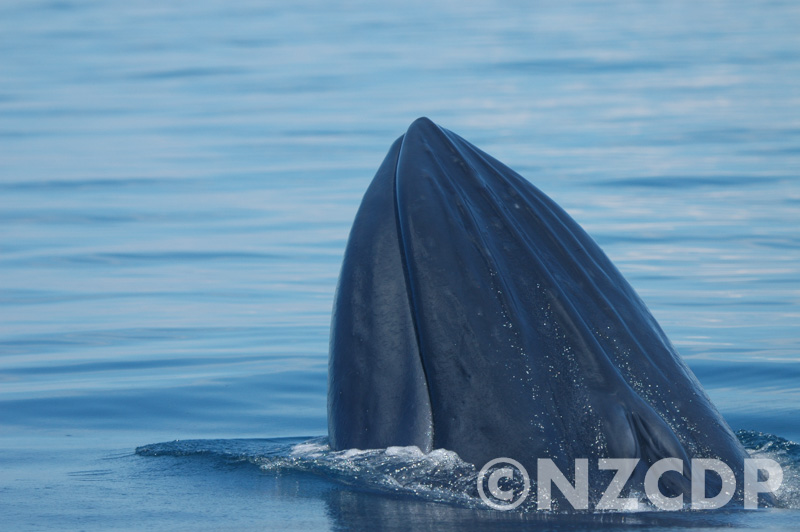 As a conclusion, we assume we saw two Sei Whales and one Bryde´s Whale. As baleen whales are migratory here in the Azores, the best season to see them is generally between March and June. But the ocean is a wild place, so you never know what might happen! 😉 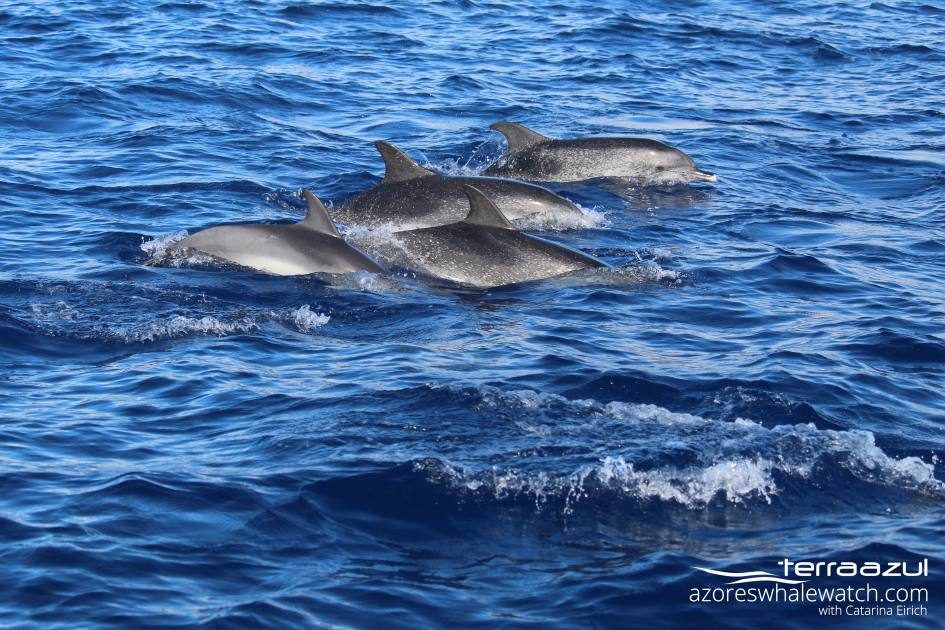 After our encounter with the Baleen Whales, we observed a group of Atlantic Spotted Dolphins (Stenella frontalis). They were happy and jumping around and showed a lot of activity. Right now we are still able to see them, but soon they will start leaving back across the Atlantic ocean to their second home base. 🙂