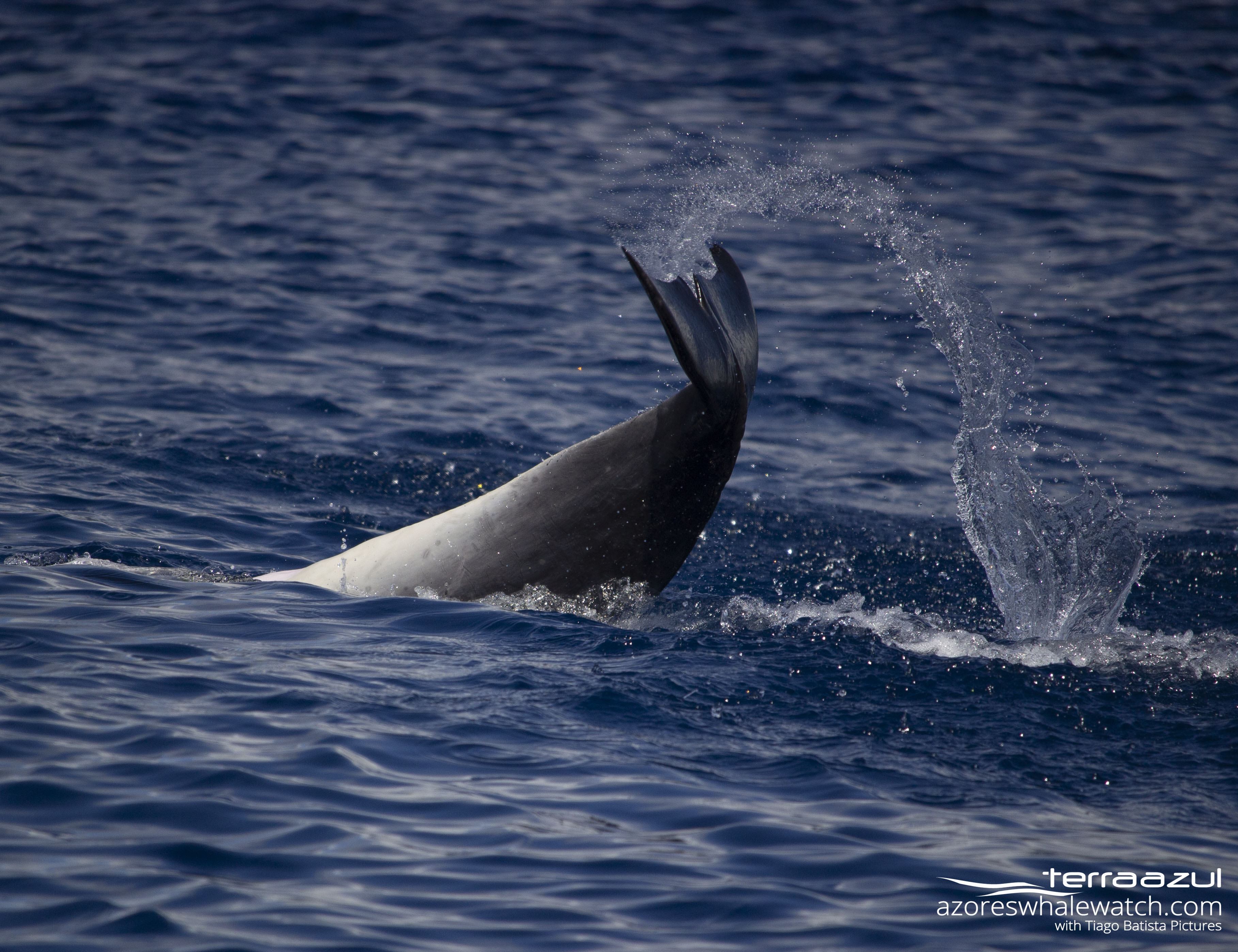 Remember how we left yesterday? In case you missed you can have a recap in our sighting post HERE!

Well, today we likely encountered the same Bryde’s Whales (Balaenoptera edeni) – dorsal fin matched! – but this time the two individuals, presumably a mother with her already quite large calf, took different directions! This could mean that it was time for the young whale to wean, a process that normally takes around six months after birth in baleen whales and which is the longest confirmed social interactions for this kind of cetaceans. 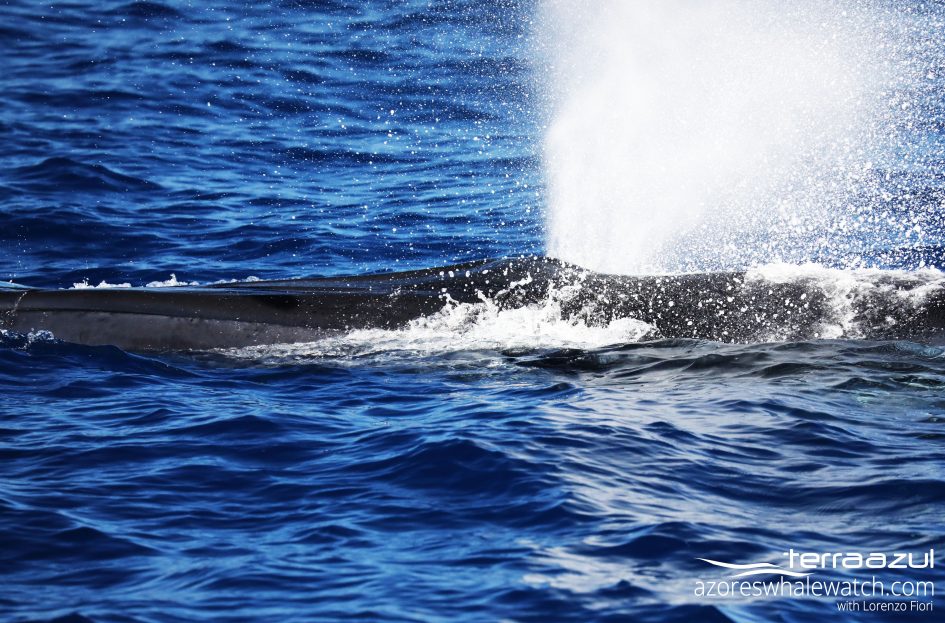 Bryde’s Whale (Balaenoptera edeni) exhales next to Terra Azul boat. The third ridge on the top of the head characteristic of this species is visible.

However, the young whale took little time to find new “friends” and put up a show for our guests and crew starting to feed off small schooling fish with Bottlenose Dolphins (Tursiops truncatus) and Cory’s Shearwaters (Calonectris borealis)! If you want to have an idea of what a Bryde’s Whale looks like when feeding, check out this aerial footage!

Dolphins were also tail slapping (see picture on top) and bow riding the whale with the birds diving to snack on the frightened fish. It really looked like watching one of one of those documentaries that takes years in the making, we only missed the voice of Sir David Attenborough commenting the feeding frenzy! 🙂 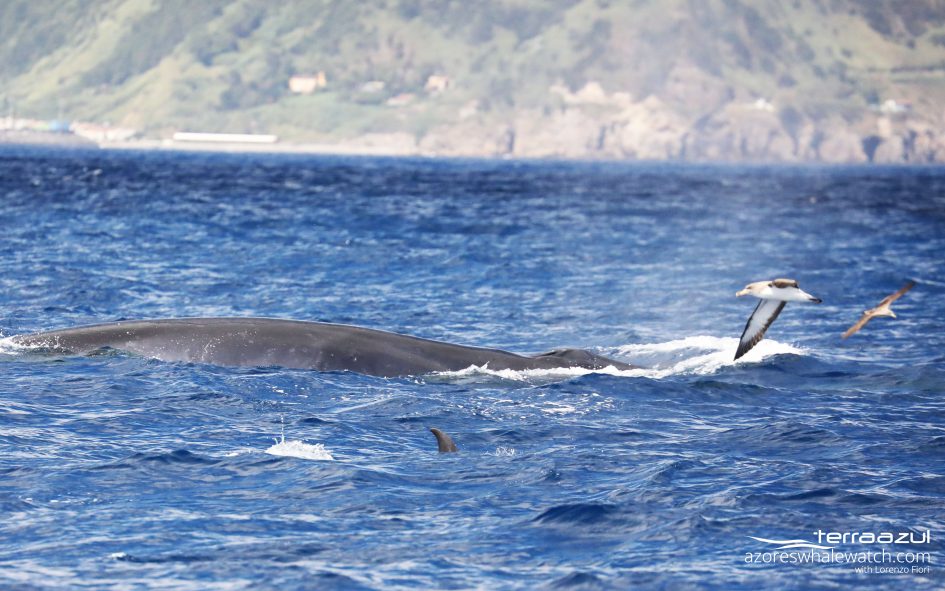 Bryde’s Whale (Balaenoptera edeni) feeding together with Bottlenose Dolphins (Tursiops truncatus) and Cory’s Shearwaters (Calonectris borealis). The dolphin’s fin in the center can give an idea of size of this young whale! 😉 Several cooki-cutter shark marks are also visible on the flank of the whale.

To the next Ocean adventure! 🙂